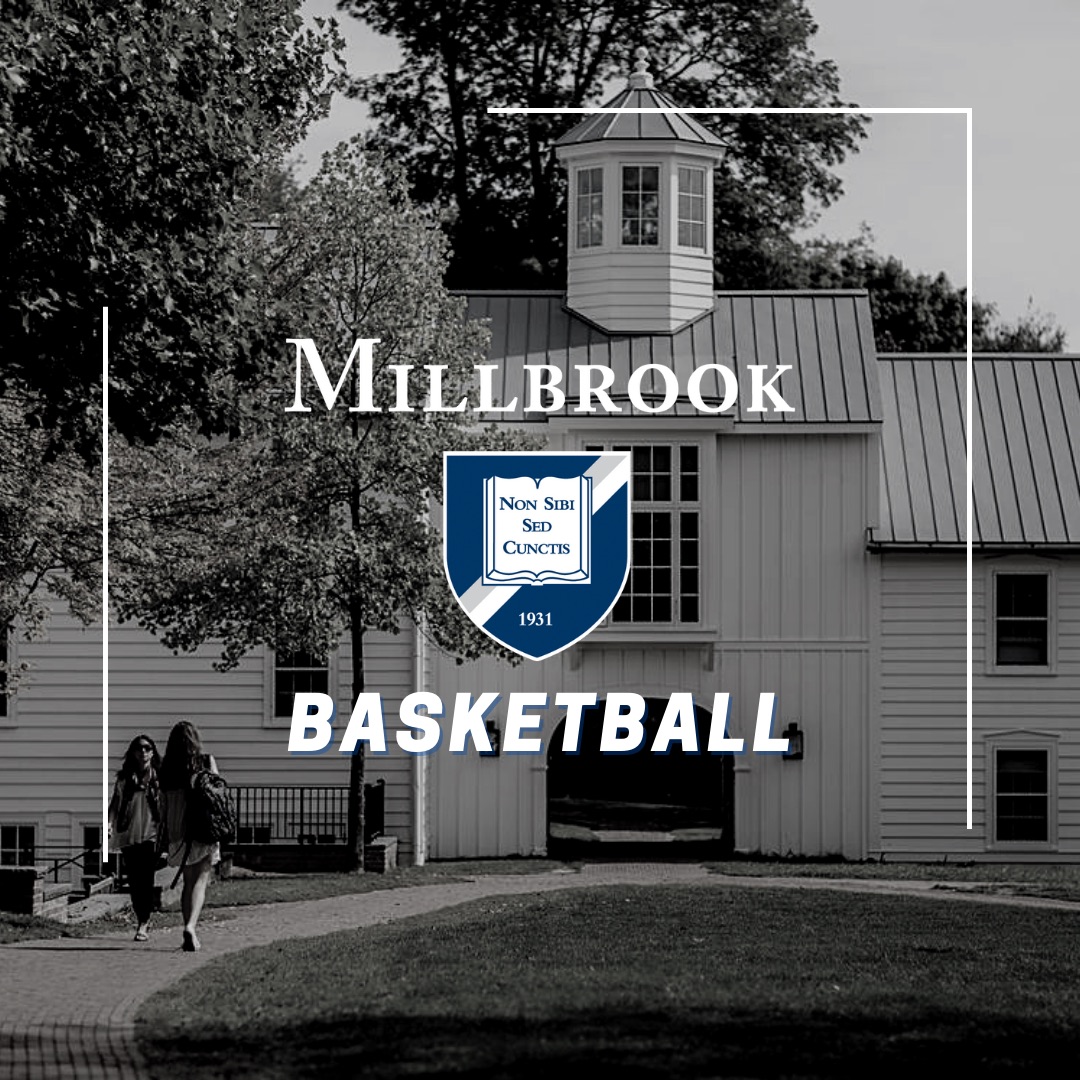 The Millbrook School is an 85 year old prep school located 90 miles north of New York City (Dutchess County). It’s varsity basketball team is coached by Billy Thom and competes in Class B (mid-sized school) division of the New England Prep School Athletic Counsel (NEPSAC).  The NEPSAC is sometime referred to as “the place where college-bound players play with and against college-bound players”. Millbrook is a great example of that, and Coach Thom’s program is on the rise will be competing with what he believes is the school’s deepest team ever.

Nick Benton  6’6, 220 lb. wing, from Niskayuna, NY - Benton is a physically dominant wing who can guard five positions at the NEPSAC level. Named a captain of this group, Coach Thom says that he is one of the hardest workers that has ever worn a Millbrook uniform. Benton shot the 3 at a 39% clip last year and has worked hard on that aspect of his game this off-season. He is able to score from three levels and will be one of the versatile heads of the Millbrook attack this year. 3.4 GPA. 1110 SAT. Currently receiving D1 interest from NEC schools and military academics, D2 at the NE10 and ECC level, and multiple academic D3’s.

Seth Caslin  6’5”, 205 lb. wing, lefty from Westbrook, CT - Caslin took the Covid quarantine period as an opportunity to work on his body, adding 18 pounds of functional weight and keeping the same body fat percentage. That extra strength has made him quicker and more confident, a dangerous combination for the rest of the NEPSAC. One of the most college-ready players to come through Millbrook, Caslin can do a little bit of everything offensively - stroke the 3, get to his spot in the mid-range, and attack the tin with reckless abandon. A scholarship level offensive talent, he has also continued to develop as a defender and a rebounder. 3.6 GPA, 1280 SAT. Currently receiving D1 interest from the Ivy and Patriot League, D2 from the NE10, and a host of academic D3’s including Colby, Claremont McKenna, and Union.

Nate Denham 6’6, 200 lb. wing, from New York, NY. Denham is a newcomer to the NEPSAC and Millbrook School this year as a true senior. A versatile and bouncy wing who runs the floor tremendously well, Nate has the academic ability to match his exciting on-court game. He is hopeful that a year in the NEPSAC will continue to allow him to grow his basketball IQ, as well as his physical body. He does have the opportunity to take a post-grad year after this year. 3.8 GPA, 1410 SAT. Currently receiving interest from multiple academic D3’s including Williams, Brandeis,
Kenyon, and Macalester.

Jonah Gersten  6’0 175 lb. wing from Washington, D.C. Gersten is also a newcomer to Millbrook and the NEPSAC. A sharp-shooting perimeter player who played in an independent school league in the D.C. area, he is hopefulthat his post-graduate year in the NEPSAC will allow him to continue to develop as a ball-handler and a play-maker. Currently receiving academic D3 interest from the NESCAC, Liberty League, and Skyline Conference.

Charlie Weisberg  6’1, 185 lb. wing from Brooklyn, NY. Weisberg is the consummate leader at a high school level, having served as a captain for Millbrook basketball for the past three years. While he has hung his hat on his ability to make shots from the perimeter, Coach Thom says that Weisberg has continually grown as a playmaker going to the rim, as well. This year, he will be asked to shoulder more responsibilities on the defensive end, as well as continue to be the glue of the Millbrook program. Another academic stud for Millbrook, 3.6 GPA, 34 ACT. Currently receiving interest from academic D3’s including NESCAC, UAA, Liberty, Landmark, and the ODAC.

Sharif Nelson 6’1, 180 lb. guard from New York, NY. Nelson is a true point guard, able to see the floor and create for others in transition andthe half court. Nelson will prove to be the engine of the Millbrook offense this year, allowing the Mustangs to get out and run in transition and use the ballscreen in the halfcourt like they seldom have been able to in years past. Coach Thom says he “has IQ in spades, both on and off the court.” This heady guard has a bright future ahead of him in the NEPSAC and beyond. 3.6 GPA.

Lucius Gibson-Savadel  6’10 265 lb. forward from Bay Shore, NY.  Gibson-Savadel is the type of big that has college coaches salivating - agile, positive, able to run the floor and finish, eager to defend. The big fella from Bay Shore will be seeing his first NEPSAC game action this year despite being at Millbrook last school year, as he is coming back healthy from a knee injury. The coaching staff at Millbrook is incredibly eager to see what this young man will do on the court, as he has the potential to be a game changer at both ends of the court. Coach Thom has already fielded a few calls from mid-major and high-major programs on Gibson-Savadel.

Liam Kennelly - 6’0, 170 lb. point guard from Rye, NY. Kennelly is a rare breed who has an incredible mix of IQ, skill and competitive spirit. His excitement at guarding other team’s best players is the stuff of coaches’ dreams. Kennelly has used the off-season to improve his jumper, and will be looked on to be a key contributor to Millbrook’s offense as a sophomore. With three seasons still to go in Kennelly’s high school career, there is no telling how much more this young guard will grow.

Ethan Madeiros  6’6, 195 lb. wing from Pembroke, Bermuda. Last season saw Madeiros get spot time for the Mustangs, as the raw and athletic wing/forward took a crash course in US-style academics and hoops. This season should see the sophomore begin to play a larger role on the court for Millbrook, as he will be asked to guard multiple positions and bring his versatility to the offensive end of the court. Madeiros can make perimeter jump shots and score from the post, making him a tough cover for much of the NEPSAC.

Sir Solano - 6’0 135 lb. guard from New York, NY. Solano is all upside, an athletic guard who is already impressing the Millbrook staff with his feel for the game. He makes shots from the perimeter, makes plays that make his teammates better, and makes life difficult for ball handlers on the opposing team. While the NEPSAC rarely sees freshmen make large contributions in their first year, look for Solano to potentially buck that trend this season.

Gavin Sommers  6’1, 160 lb. guard from Rye Brook, NY. Sommers is a knock-down shooter from the perimeter, Sommers has the potential to leave a lasting mark in the Millbrook program. This year could be about learning how to acclimate to a faster and more physical brand of basketball for Sommers; however, he has already begun to impress the Millbrook coaching staff with his willingness to learn. He could
certainly be a zone-buster for the Mustangs this coming season.