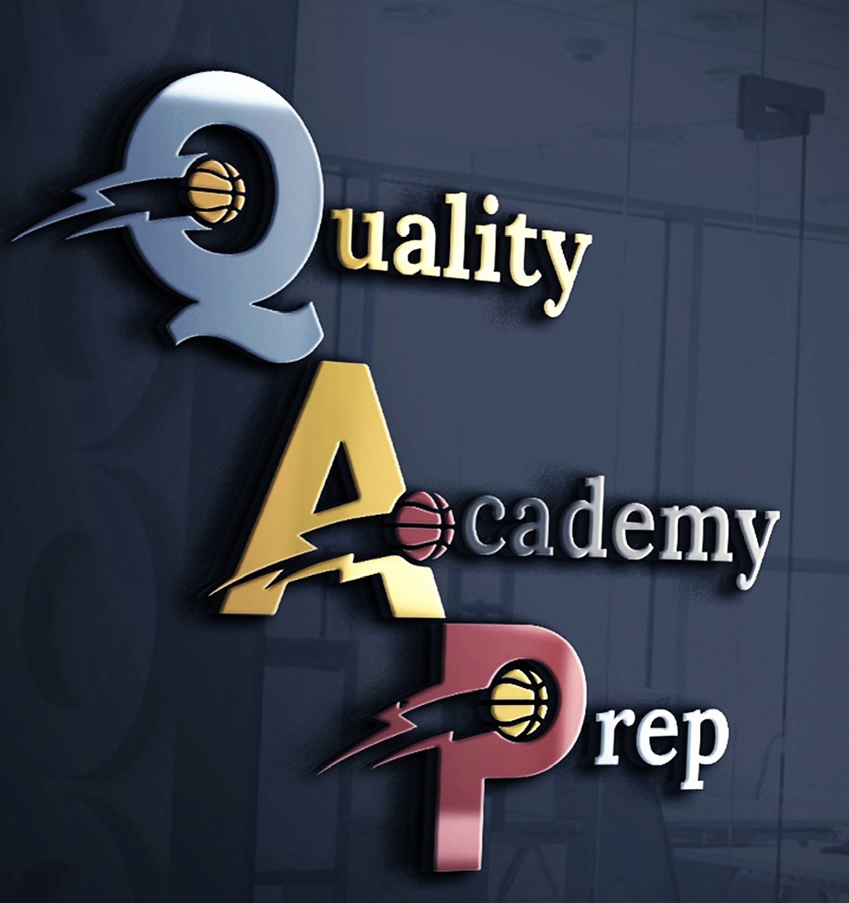 Quality Academy Prep is in its foundation year. Founder and Head Coach Anwar King started the program in the fall of 2020 after brief stint at Olympus Prep Academy in South New Jersey.  Coach King runs his program with the thought process, “If I cant enhance you off the court like I do on the court, then my job isn’t being done.” In other words he is focused on preparing student athletes for college basketball on and off the court.

Beyond the winter seasons, Coach King coached on the Adidas circuit for notables programs The Firm and NJ Panthers.

The college prospects currently in QAP’s program are listed below. The high schools that they transferred in from as are listed.

Namir Simmons Class 2021 5’9 Point Guard, Academy Park High School Fullcroft (PA) - Floor general with the heart of a lion. Small frame but drives to the basket with the heart of a lion. Team’s second leading rebounder, first on team in assist and steals. Makes sure teammates are involved, but also makes notable plays so the defense does not forget he is on the court.

Coby Sylvester Class of 2021 5’11 Guard, Passaic High School (NJ) - Coby is a pure scorer. Shot selection has become a priority for him since arriving at QAP but, when a bucket is needed, he can find one in multiple ways. A solid on ball defender makes him a two way player, but his awesome character separates him from most. Currently second on the team in scoring and second in assists. A very Fun player to watch.

Kadeem Placid Class of 2021 6’1 Guard, Tilden High School, Brooklyn NY - Kadeem came into the program known as a scorer and since arriving he has added some other traits needed for the next level. He has a killer midrange game which is a rare in today’s era, but he is not shy to stroke back-to-back threes as well. He is currently second on the team in three pointers made.

Kevin Tabb Class of 2021 6’0 Guard, Thomas Jefferson High School Brooklyn NY - Tabb is a pure energy player that can either give a team the surge and seperation for a win or the comeback needed when down. He thrives in transition and is a fierce one on one defender that can cause havoc 94 feet for opposing guards. Leads team in charges and field goal percentage.

Jarid Vertil Class of 2021 6’3 Wing Rahway High School Rahway NJ - Jarid is an awesome teammate and a pure competitor on both sides of the floor. Second on the team in charges and free throw percentage. Jarid is an undersized Shane Battier who separates himself from others with his on court communication. First to step up and defend the opposing team’s best player is key on Jarids end to many wins the QAP program has accumulated.

Deon McLaughlin Class of 2021 6’6 Forward Brooklyn College Academy Brooklyn NY - Deon has made his presence felt on the court every game. Arriving as a bully ball player, his adapting to change of speed decision-making and getting others involved has been progress in motion. Utilizing his strong frame, allows Deon to drive down hill, embracing contact. This also helps shift the rim-protectors away from his teammates, so they can thrive at driving as well. He is the team’s current Leader in points, rebounds, field goals, and free throws made.

Mike Emmanuel Class of 2021 6’6 Wing, South Shore High School, Brooklyn NY - Mike Emmanuel has Tashuan Prince flashes. He literally plays all five positions for the QAP program and knows when to use the defensive switches to his advantage. An early season high-ankle sprain kept him off the court for awhile, but since returning, he has built his stats up very fast. Mike is tied for first in three point shooting percentage, and second on the team in free throw percentage. His height clears him for enough to get off contested threes. He is also able to split any defense from anywhere on the floor.

Azron Williams Class of 2021 6’0 Guard, The Patrick School East Orange (NJ) - Azron is a go-to player for the QAP program on the wing or in the corner. In the second half of the season, when some players decrease mentally, he is getting stronger. His minutes have been key in many late-game surges. His ability to knock down threes in close battles have been major.

Cheick Soumahoro Class of 2021 6’5 Forward, Weehaic High School Newark (NJ) - Every team needs that energy guy that’s ready to grab every rebound, defend whoever, dive on the floor and occasionally foul just to make the opposing team think twice about driving or trying to score. Cheick (Shaq) has served this purpose for QAP and is recognizing his role more and more every game.

Quasim Jackson Class of 2021 6’4 Wing, Perth Amboy High School Perth Amboy (NJ) - Quasim is a three point sniper for the QAP program. A silky smooth scorer with the ability to open and stretch an offense is what comes with his package. On the defensive end, he owns the passing lane as he is second on the team in steals per game.