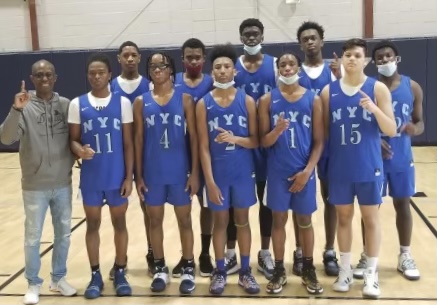 The NY Future is the first of a series of high level competitions for Team NYC, which will include some international travel this spring and summer.

Some of yesterday’s key TNY contributors were:

Jayden James (2023) 6’5 wing, Archbishop Molloy High School was named the tournament Co-MVP. James finished with a team high of 31 points. His strong finishes to the basket and incredible moves were samples of his undeniable talent.

Malachi McMillan (2023) 6’0 guard, Archbishop Molloy High was the other Co-MVP.  His suffocating defense stopped the opposing teams best offensive players. He plays both sides of the court with ease and is undoubtedly a crowd favorite.