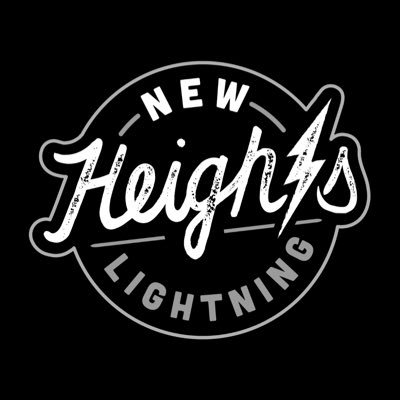 Two of the most storied programs in New York City grassroots basketball history have teamed up this year on the EYBL circuit. New Heights and the New York Lightning will play under the New Heights Lightning flag this July.

The Lightning, led by long-time directors Dana Dingle and Shandue McNeill (who will coach the 17U team) have been part of the EYBL circuit since its inception. New Heights, led by Adam Berkowitz and Rahme Anderson (16U coach) come over from the Under Armour circuit and will be making their Nike debut. Rodney Frazier will coach the 15U squad.

The three high school teams will share the characteristics of having high character players combined with toughness on the court.

Tahaad Pettiford (2024) 6’0 point guard, Hudson Catholic High (NJ) - Tahaad is the straw that stirs the drink for the 15U squad. High-level athlete and shooter, he plays with great poise and composure. College coaches will love his leadership and clutch gene. Started as a freshman for Hudson Catholic this past season.

William Sydnor (2024) 6’7 wing, Our Savior Lutheran School - Highly skilled combo forward from OSL can stretch the floor and is a terrific offensive rebounder. Needs to add some bulk but is an excellent athlete and is best in the open floor.

Jakai Sanders (2024) 6’2 guard, Bishop Loughlin High- This tough, hard-nosed guard has a knack for getting in the lane and scoring or creating for his teammates. Can also shoot from three and is a strong defender who plays with a chip on his shoulder.

Justin Menard (2024) 6’1 point guard, Loomis Chaffee School (CT) - Transferring to Loomis-Chafee from Windsor High (CT) to follow his brother’s footsteps, Justin is a confident player who has a lot of flair to his game. He has range out to 25 feet and is a terrific passer. Provides instant offense for this squad.


Christian Jeffrey (2024) 6’2 guard, Bishop Loughlin High - Pit bull guard is arguably the best defender in New York City regardless of class. Can get in the lane to score or create and has a nice mid-range game. Great leader and guys love playing with him.

Daye Kaba (2024) 6’5 guard, Bishop Loughlin High- This ever-improving guard seems to grow each week. Versatile as a high major defender, best slashing to the basket but can also hurt you from deep.

Qadir Martin (2024) 6’6 small forward, Curtis High - This forward has D1 talent in his blood. Older brothers Hassan and Malik played at Rhode Island. Qadir is a combination of those two, tough around the basket rebounding and finishing like Hassan and can play on the perimeter like Malik. Still growing as well.

Jaylen Robinson (2024) 6’3 point guard, Bergen Catholic High (NJ) - “Cookie” provides a steady hand at the point guard position. A terrific defender, he is a willing passer and a great teammate. Will knock it down if he’s left open.

Jack Nieradko (2024) 6’10 Kingswood Oxford School (CT)  - The big man plays hard every minute of every game. He rebounds at a high clip and can stretch the floor out to three. Offensive game is evolving, but effort and work ethic are there.

Jacob Hogarth (2024) 6’8 wing, Archbishop Stepinac High - Hogarth will be one of the go-to guys on his powerhouse Archbishop Stepinac team next season. One of the best young bigs in the Tri-State area, Jacob can do it all – defend, rebound, score inside and out. High major prospect.

Braylan Ritvo (2024) 6’6 wing, Archbishop Stepinac High - Will be transferring to Stepinac in September. He has great size and basketball IQ. Always in the right spot and rebounds and shoots at a high level.

Armoni Zeigler (2023) 6’4 guard, Our Savior Lutheran School - This OSL transfer is one of the most dynamic players in the area, high major athlete who can score at all three levels. Has the chance to be one of the best defenders in the country if he puts his mind to it.

Jahmere Tripp (2023) 6’6 swing, Our Savior Lutheran School - Throwback “point forward” from OSL can do it all. Plays everything from point guard to center. High-level ball handler and passer, offense runs through him on many possessions. Mid-range jumper is solid – has to improve his three-point range.

Nasir Muhammad (2023) 5’11 point guard, Poly Prep High - A high character, high academic kid who isn’t afraid of taking – or making – the big shot. Runs the team and knows when to create for others or himself.

William Patterson (2023) 6’11 forward, South Shore High - This fast improving big man has made huge strides in the past 12 months. He now possesses several post moves and a soft touch around the basket. Good rebounder who still needs to put on some weight.

Christian Jones (2023) 6’5 point guard, Our Savior Lutheran School - Another versatile player who is known as a high major defender. Also can run your team, get to the basket and finish with either hand. Jump shot is solid as well and he can hurt you in a lot of ways.

Ian Jackson (2024) 6’5 guard, Cardinal Hayes High - Newly minted No. 6 player in the country according to ESPN. “Jack” is basically unstoppable in transition and is a great finisher with either hand. Can get hot from three and score in bunches. Also has great size and is improving his point guard skills.

Andrew Mayock (2023) 6’3 guard, Northfield Mount Hermon (MA) - Mayock is a sharpshooter who recently had 9 threes in a game. Can shoot off the catch or the bounce and is an underrated defender and rebounder. High academic as well.

Treshawn Sheppard (2023) 6’6 forward, Eagle Academy (Brooklyn) - This four-man does all the dirty work. He guards the other team’s best player, rebounds everything and finishes around the basket. Can’t win without these type of guys.

Jonathan N’Djamana (2023) 6’9 forward, Our Savior Lutheran School - Jonathan is coming off a small injury, the big man improves every week. Plays as hard as anybody around, rebounds everything in and out of his area and protects the basket. Has touch around the rim and has high-major potential.

Jonathan Sigurdsson (2023) 6’10 forward, Brunswick School (CT) - This big man is a straight-A student who throws his body around and does anything his team needs. Has range out to 18 feet and runs the floor well.

Jason Rivera (2023) 6’6 point guard, Iona Prep - Jason is the complete package - high-major talent, high character and high-academic star. A 6’6 point guard who loves to pass is also a knockdown shooter. Also is a great rebounder on both ends of the floor. Every high academic school in the country should be recruiting him.

Mark Armstrong (2022) 6’2 point guard, St. Peter’s Prep (NJ) - Villanova commit is a top 60 player in the country. One of the most athletic guards in the country, he has been known to put a few guys on a poster. He also has a high IQ, can score from every area on the floor and is a great teammate.

Tobe Awaka (2022) 6’8 forward, Cardinal Hayes High - Tobe showed he is the best player in the CHSAA in their recent live-period event. He’s a double-double machine with a 104 average in school. Plays hard on every possession and throws his large frame around at his opponents’ peril. Can extend out to three-point range and is an improving ball handler.

Elliott Cadeau (2024) 6’0 point guard, Bergen Catholic High (NJ) - This star player is currently ranked No. 7 in the country by ESPN. Classic point guard who also happens to be an elite athlete. Plays with pace and poise and is just as happy scoring as he is setting up his teammates.

Jaquan Sanders (2022) 6’3 guard, Our Savior Lutheran School - Jaquan is arguably the best shooter in the Tri-State and can score from anywhere on the floor. Plays both guard positions here and with OSL. Has the ability to be a good defender when he focuses on it. Has a high IQ as well.

Zakai Zeigler (2022) 5’11 point guard, Our Savior Lutheran School - Pit-bull point guard who is transferring to OSL, Zakai had a great spring and put high major schools on notice. Lightning quick, it’s nearly impossible to stay in front of him. Can shoot out to 25 feet and finish around the basket.

Silas Sunday (2022) 6’11 center, Our Savior Lutheran School - Big man from OSL has a soft touch around the basket. Conditioning has improved and he’s in the best shape of his life. Takes up a lot of space defensively and is a rebounding machine and is a great outlet passer, leading to transition baskets.

Sadikiu Ayo (2022) 6’5 wing, Our Savior Lutheran School - “Mr. Do Everything” wing. High major defender who plays and guards multiple positions. Good attacking the basket and extending the defense with his jumper. Great teammate as well.

Akil Watson (2023) 6’9 wing, Don Bosco High (NJ) - A Top 15 soph in the USA, Akil is a 6’9 wing who can put it on the floor, go by you or shoot the three. College coaches drool over his potential. Excellent rebounder and defender as well.

Tarik Watson (2024) 6’6 forward, Don Bosco High (NJ) - Tarik, also is a power combo forward. Loves to mix it up inside and finish in traffic. A strong defender with loads of potential, he’s one of the best 2024 forwards around.

Michael Bowman (2022) 6’2 guard, Scholar Academy - A versatile guard, Mike can hit the three or go by you if you close out on him. A solid defender and great teammate, he is the glue to this crew.