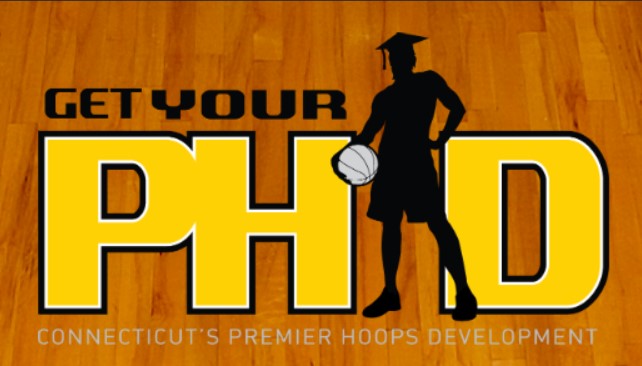 Over the past decade Connecticut’s Premier Hoops Development (PHD) program has build themselves into a solid skill development program in Fairfield and New Haven Counties of Connecticut. They pursue a comprehensive and competitive approach to help inspire self-confidence, athletic excellence, academic achievement and leadership - both on and off the court.

Their class of 2023 team is coached by Drew Carothers, a go-to youth and high school basketball mentor in the region. Their high potential players on Carothers’ current squad are laid out below.

Blake Wilson (2023) 6’3 guard, St. Pius X (Atlanta, GA) - Blake is a versatile guard that plays at a high level defensively. He brings a strong offensive game which includes long range and a killer pull up jumper. The round it all out when attacking the rim, he is able to find an open teammate.

Ethan Crawford (2023) 6’2 guard, St. Lukes School (New Canaan, CT) - Ethan is a pure point guard that can effectively control the tempo of a game. With a very quick first step he can get to the rim with the best of them while hitting from all parts of the court. His vision of the court and ability to hit an open cutter is fun to watch.

Chris Zajac (2023) 6’7 forward, Staples High School (Westport, CT) - Long, strong and athletic, Chris brings a lot of versatility to the floor. He can step out and hit a three, while also having ball handling of a guard. When close to the basket, he has tremendous touch and body control which makes him difficult to handle.

Charley Hare (2023) 6’8 forward, St. Joseph High School (Trumbull, CT) -  Charley has great foot work around the basket with a soft touch and baby hook to compliment. He has the ability to consistently 15 feet out, but don’t sleep on his three ball as well. He runs rim to rim very well out hustling his defender. Still developing into his frame, Charley is expected to be around 6’10 by his senior year.

DaShawn Hall-Johnson (2023)) 6’6 forward, St. Joseph High School (Bridgeport, CT) - Deshawn’s frame and athletic ability is one for the books. His athleticism is above the rim with tremendous shot blocking capability. A true stretch 4, he can attack the rim while also knocking down the outside shot from 3. One of the top defenders in the area and headed in for a big junior season.

Oscar Edelman (2023) 6’8 forward, Greens Farms Academy (Westport, CT) -Oscar has an all-around game causing issues on the defensive end. He is able to extend out to the 3-point line play the 3 or extended 4 positions. He has the ability to play with his back to the basket as well. Defensively he alters many shots and is factor on the defensive boards. He is an automatic double-double each night which has also landed him his first Division 1 offer this summer.

Landon Printz (2023) 6’1 guard, Taft School (Middletown, CT) - Landon is a true guard that has great court vision. He knows when to attack and where to look for his open teammate. In addition, can hit consistently from the outside while giving opponents issues with his defensive toughness

Charlie Honig (2023) 5’10 guard,  Staples High School (Westport, CT) - Charlie is undersized but has a game that is not affected. He is tremendous at changing speed and direction which throws shot blockers and defenders off. Can stick the open shot if left open, but also has precise passing to his teammates. In addition, is a very smart and savy defender.

Cameron Pragano (2023) 6’1 guard, Lyman Hall (Wallingford, CT) - Cameron is a defender with an ability to get in the passing lanes and creating turnovers when guarding the ball. He can hit from anywhere on the floor and the ability to finish tough shots with both hands attacking the rim.

Saahil Ray (2023) 6’2 guard, Newtown High School (Newtown, CT) - Saahil is one of the best communicators in this group. His defensive awareness helps create baskets in transition for his team. He is a consistent shooter from anywhere on the floor. His quickness and defensive speed make it difficult for offensive players.