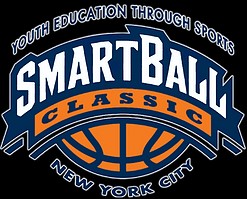 On the evening of August 16, RecruitTheBronx.com visited the historic campus of City College of New York in Harlem to catch two Smartball Classic quarter-finals games. The opener featured Monsignor Scanlan High against South Shore High, and the late game was Mt Vernon High against the national power program of Our Saviour Lutheran. Below is a recap of the college prospects playing in the games.

Tyliek Weaks (2023) 6’7 forward, South Shore High – One’s first impression of the big and bulky Weaks “How come this D1 sized offensive tackle prospect is on the basketball court?” But once he starts playing the game of basketball he shows out as a truly dominant player. His plus-minus in this game was well into the double-digits. Scanlan was only able to grab the lead when Weeks took an extended break at the start of the fourth quarter. He has the body to play bully ball in the paint, but will also surprise you with his guard skills on the perimeter and in transition. That included pull-up jumpers, good vision passes, and long ball shooting range.

Max Ragusa (2022) 6’0 guard, South Shore High – Ragusa is a tremendous athlete and uses those gifts to excel on the basketball court. He is jet fast which sets up unguardable hesitation and change-of-direction moves. He can finish those moves with quick leaps off-of-the-floor and either hand finishes. His ability to get into the paint and then separate with a quick stop-and-rise is tremendous. That twitchy athleticism also makes him a defensive menace, both on-the-ball and in the passing lanes. When it was appropriate for him to crash the boards, he over-achieved there as well.

Nivek Borden (2022) 6’7 forward, South Shore High – Borden plays a solid big-body game. He hits the boards effectively and is a rim protector with a shot-blocking presence. He had great timing and instincts in freeing up to score whenever his defender stepped to stop ball penetration. He sets bone-jarring screens. His free throw stroke complimented his ability to get fouled. A college-level conditioning program would be transformative in increasing his ability to make more plays on both ends of the floor.

Ibrahma Ba (2023) 6’7 forward, South Shore High – Ba has college-sized body potential. Surprising for his excellent size, his low post offensive game has not been developed yet. In watching him play, you can see that instead he wants to be a wing scorer. He is a freight train when attacking from there. If he invests in a complimentary three ball shooting game, he could be effective at the next level in that role.

Bryce Simmons (2023) 6’1 point guard, Monsignor Scanlan High – Simmons is a twitchy and gifted basketball player. He runs the show for Scanlan both in transition and in the half court. When he is not setting up his teammates he can also go into his own bag of tricks to score. That includes both hitting dagger 3’s and penetrating the lane and finishing with bouncy separation moves. His defensive ball pressure is clinic-worthy, including the ability to steal the ball.

Richard Smith (2022) 6’4 guard, Monsignor Scanlan High – Smith is a lengthy and talented guard who makes mature decisions on the court. He stays low with the ball as he blows by his defender, then unfolds and unleashes his length as he attacks above the rim.  He also uses that low-to-high technique to also launch hard-to-guard mid-range jumpers off of the dribble. He is fast and creative in transition and makes himself dangerous with his off-the-ball cuts. His ability to both get low and be long also makes him a very tough on-the ball defender.

Nasir Rodriguez (2024) 6’5 guard, Monsignor Scanlan High – Rodriguez is a talented scorer and fun to watch. He strokes the pretty 3 ball, he strokes the hard-to-guard off-the-dribble pull up and he brings the college level floater game. He defends to win and he rebounds very well for a guard.

Makai Benton (2022) 6’0 guard,  Monsignor Scanlan High – Benton is only 6’0, but is very quick in getting up and off-of-the-floor which makes him a much more vertical scorer in the paint than his listed height would have you expect. Similarly, his quick release, step-back jumper gets him an open shot whenever he wants it. At the other end of the floor, his lower-to-the-ground size, athleticism and NYC intensity make him a buzz saw as an on-the-ball defender.

Silas Sunday (202 ) 7’0 center, Our Saviour Lutheran – College scouts love scouting OSL games because they get to see the opponents get to deal with a high major sized roster, and that features “Mt Silas” at its core. For such a massive body, he has a great finishing touch around the rim. He runs his moves with patience and confidence about the finish. He sets bone crushing picks on defenders. He has the smooth free throw shot that eliminates any Hack-a-Shaq tactics. Sunday takes up so much space, it makes him a problem to rebound against. He also uses his 7 footer sight lines to find the runners on fast break outlet passes.

Jonathan Noudjihidi (2024 ) 6’10 forward, Our Saviour Lutheran – High Major Prospect Alert! Noudjihidi brings incredible physical gifts to the game of basketball. He has exceptional size, agility and motor. Combine that with the developmental process of competing with a 7’0 teammate every day in practice, and Noudjihidi is well on his way to being a highly sought-after college prospect. He already sprints into and out of his screens like a well-coached college player. His catch-radius in rolling off the screen is NFL tight end worthy.  He is also fit and active, which wears down his opposing bigs over the course of the game.

Sadiku Ibine Ayo (2022) 6’6 forward, Our Saviour Lutheran – Ibine Ayo has a high major body, blessed with height, wing span and terrific vertical leaping ability. The developmental genius of playing with a stacked OSL roster, instead of a typical high school team, he gets years to develop as a college 3 or 4 weapon before he gets to college.  Off the wing, he is hard to contain. Defenders have to respect his ability to launch a high release three ball, which make them fatally vulnerable to his athletic blow-by talents. He draws fouls because honest defense can’t stop him. Breaking from the wing, off of the ball, he is an Alley-Oop highlight waiting to happen. Unsurprising, his size, athleticism and motor also make him a devastating rebounder and shot blocker.

Armoni Zeigler (2023) 6’3 guard, Our Saviour Lutheran – Zeigler is a show…and it’s worth watching. He has the bounce to trounce. After amazing you with his transition Alley Oop catch-n-dunks, he will also splash the pretty 3 ball versus humbled, back pedaling defenders. Similarly, he doesn’t need help defense in stopping his man’s basket drives. Instead, he gets up off the floor faster than they do and denies their finishes. His fast hands will also pick the pocket of point guard while he’s trying to set up an offense.

Jaquan Sanders (2022) 6’4 guard, Our Saviour Lutheran – Sanders has D1 guard size. He lets the game come to him, and on a loaded roster such as OSL that often means finding the right teammate, with the right pass and the right time. I.e, he is playing college ball offense while in high school. He uses his size and strength to go through and over opponents, and can stop to pop a sweet mid-range jumper as needed.

Chris Jones (2022) 6’3 guard, Our Saviour Lutheran – Jones’s game description is almost identical to Sander’s assets described above, except Jones does it as a lefty.

Demarley Taylor (2022) 6’7 forward, Mt Vernon High – Against OSL high major sized front court, Taylor was the under-sized but over-achieving counter attack. OSL ran through a constantly changing set of zone defenses. Mt Vernon’s consistent answer to those, Taylor’s exceptional ability to find and score off of the offensive rebound. To say Taylor was a competitive rebounder is a major understatement. He has the strength, quickness-off-of-the-floor, instincts, timing and motor that the exceptional rebounding weapon possesses. He also has the complimentary ability to sink the free throws, that those surprise attack rebounds often earned him.

Elijah Morris (2023) 6’0 guard, Mt Vernon High – Morris was a spark plug for Mt Vernon. He used speed, agility and hustle to make impact plays. His ball pressure was disruptive. He was fearless in helping vs the OSL bigs; whenever they brought the ball down, Morris was the price they paid for that mistake. He hit some big 3’s and was a downhill driver when the defender over-defended his 3 ball.

Dylan Colon (2023) 6’1 guard, Mt Vernon High – Colon is an athletic shooter. His hot shooting and Marley’s offensive rebounding were key in Mt Vernon’s ability to go toe-to-toe with the national power, OSL for the first half. He dropped the long 3’s and he countered hot close-outs with a reliable pump fake, one dribble, and drop the mid-range jumper, before those D1 sized help defenders could get to him. He also more than held his own in defending OSL’s D1 sized guards in man2man.

Justin Robinson (2022) 6’1 guard, Mt Vernon High – Robinson has very good “quicks”. He is fast, elusive in space, including great spin moves. He slowed quick elevation on his pull up jump shots and a useful floater game. He was a pest on defense, with great tactical sense on shooting in for steals from a help defense position.