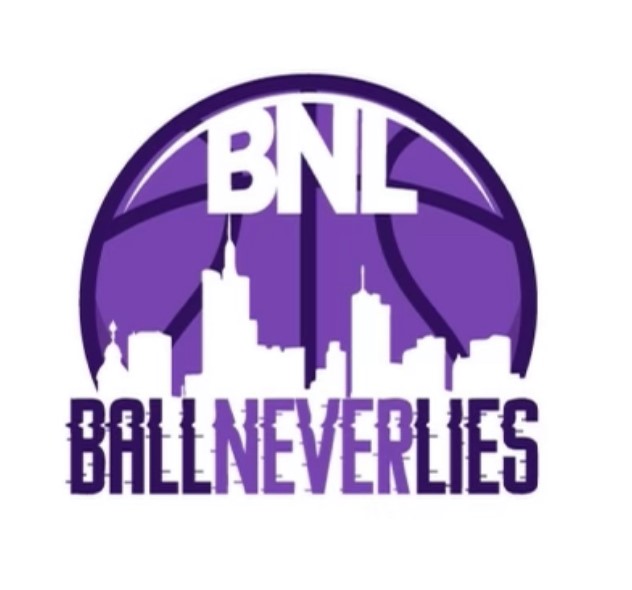 On August 14, Ball Never Lies hosted a showcase for elite players from New York and New England players at Providence Country Day School in Rhode Island. Below is a recap of the top performers.

Jose Cuello (2022) 6’1 guard, Miami Triple Threat Prep (FL), AAU Team: Dream Chasers - Jose is a dominant ball handler, able to get to the rim at will for scoring opportunities or to set up teammates for scores. He also showed a great shooting touch throughout the day and scored effectively at all three levels. His strength and change of direction made him hard to guard. He used his quick hands and feet on defense exploring mistakes to pass ahead in transition. Jose led his gray team to an undefeated record on 5 v 5 in this showcase.

Justin Phillips (2022) 5’8 guard, Granby Memorial (CT), AAU Team: Connecticut Elite – Despite his small frame, Justin was able to get into the paint with his quickness and finish through contact with either hand. His first step is nearly unguardable and his outside shooting kept you off balance defensively. Too close he would blow by you, not close enough he would pull for three at a high clip. Justin won the King of the Court competition against all the competitors on the strength of 4 three pointers from well past college range.

Jayden Weeden (2022) 6’4 swing, Pilgrim High School (RI), AAU Team: Pawtucket Hoops – Jayden is a long armed, strong player, that was able to use his athletic ability to get to the basket for scores. He showed an explosiveness on the break with some loud dunks and demonstrated a decent handle that lets him get to the basket. He even showed flashes of some outside shooting and cashed in when his feet were set with ready hands. Jayden has great potential as a slasher and will benefit from a tighter handle and more consistent shooting.

Ty Grudzien (2026) 5’6 guard St.James School (CT) – Ty was the youngest player at this event and far from the least skilled. Ty showed an uncanny courage going against players much older, bigger, and stronger than him. He was feisty on defense and used great anticipation to get in the passing lanes. He has a confident handle that allowed him to get to the basket and make plays for others. Offensively, he used the pump fake and floater a bunch of times with success understanding what he had to do against the taller defenders. Ty will be interesting to follow as he gets older, and his body matures. Bright future.

Dylan Swift (2023) 5’10 point guard, St. Thomas Moore (CT) – Dylan is the consummate point guard. Always keeping his head up looking for open teammates. He does a great job anticipating the next play. Dylan took advantage of playing with other good guards that constantly found him open for three pointers which he hit at a high clip. He also demonstrated an ability to finish in the paint by creating off the dribble. Solid rebounder from the guard spot and a very competitive defender on the ball.

Bernard Hawkins Jr (2022) guard, Montville High School (CT), AAU Team: CT Wolves – Bernard is a bull dog. A relentless guard that plays defense on everyone that has the ball near him. A ball hawk and a speedster with quick shifts. He was able to use his speed to get to the lane and score and hit his shots when available. He is a fierce competitor that refused to give up on any play.

Justice Hanna (2024) 6’0, Maloney HS (CT), AAU Team: Connecticut Elite - Hanna is a strong, lefty guard that showed an ability to score with a variety of finishes. Very fundamentally sound making use of pump fakes and jab steps to create space. Good rebounder for his position.

Kyron Weir (2022) 5’10 guard, Miami Triple Threat (FL), AAU Team: Dream Chasers – Silky smooth guard able to get to his spot on the floor, pull up for a 3, and use that long ball threat to get into the paint.  Took on the task of defending the stronger offensive players in the showcase and slowed them down. Potential as a two way player in college.

Will Graziano (2022) 6’1 swing, Waltham High (MA), AAU Team: Prodigy – Super aggressive attacking the basket. Has good speed and length and gets to the basket.  He rebounded well and took advantage of his speed in transition. Good ball handling skills and has a nose for the ball.

Joey Pezzano (2022) 5’10 guard, Putnam Science Academy (CT), AAU Team: Flight Central – Joey showed an uncanny ability to get his defender off of his feet, and attack with a floater or a mid-range pull-up. He played well off of the ball and worked really well as a ball mover, usually making the pass that led to the assist.  Good floor vision and IQ.

Ethan Gordon (2022) 6’2 swing, Abbey Kelley (MA), AAU Team: Boston Warriors – A ruggedly built player that took advantage of his rebounding prowess by cashing in on offensive rebounds. Showed a good range game and the ability to drive to the hoop. Very solid defensively and is strong. Pushed around bigger and taller players to impact the game.

Rayvon Weir (2022) 6’0 guard, Miami Triple Threat Prep (FL), AAU Team: Dream Chasers – Rayvon used his strength and intensity to carve out a space in the paint for finishes and contested lay-ups. He overpowered his opponents with aggressive defense, disrupting opponents at every turn. Good anticipation and hand speed. In transition, Rayvon was off on the rebound and finished effectively. Showed a good mid-range jump shot.