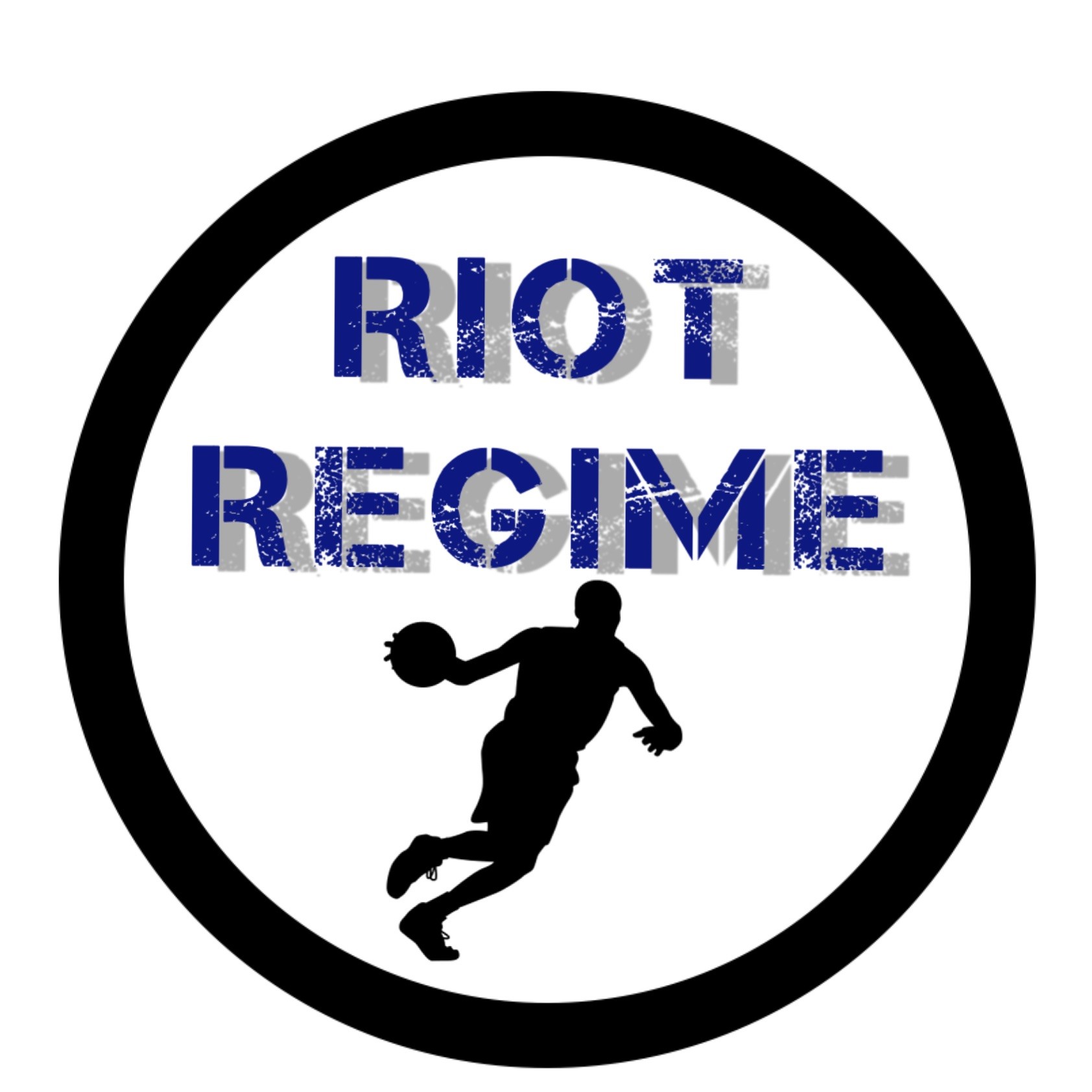 Riot Regime is an independent AAU program based out of the Greater New Haven, CT Area. The Co-director and Founder is Andre Sutton, a former Hillhouse High (CT) basketball player and who played Post level basketball for the US Military in Korea.  Later, while being stationed in Fayetteville, NC, Sutton created a grassroots team called Team ENC. That program yielded multiple active college players like Shykeim Phillips (UNCW), Brandon Murray (Livingstone), Reggie Raynor (UNCG), Jahmois Barnhill (Limestone), and many more. In 2018, he moved back to Connecticut where he started Riot Regime. Sutton also currently serves as an assistant coach at Hillhouse High (CT).

Riot Regime is Co-directed by Dontae Harvin and Brandyn Benson who both played college basketball at the NCJAA and NCAA level. Harvin is a positive male role model in the community, as well as an artist. Benson also currently serves as an assistant coach at Career Magnet High (CT). Riot Regime also has a group of young coaches who come in and help with the student athletes when they are not playing ball at their schools.

Avery Sutton 6’1 point guard, James Hillhouse High (CT) - Avery is a high motor, long and athletic point guard who is a jack of all trades. He acted as the vocal leader of the team. His speed and length and skill set makes him dangerous downhill. His height allows him to see the floor well and he is a great decision maker in transition. Avery also has the ability to defend multiple positions, and rebound as well as block shots very well at the guard position.

Nate McCleery 6’0 guard, Hamden Hall Country Day (CT) - Nate is a left handed shooting machine. His ability to hit the three efficiently was big for our team this summer. He provides great spacing for the other guards due to his range as well, he can shoot it from a couple steps behind the 3 point line. Though Nate’s primary weapon is the three point shot he can score it at all three levels. Nate also has a nose for the ball and comes up with loose balls and long rebounds very often.

Julian Dent 6’3 wing, Notre Dame-West Haven High (CT) - Julian is a raw athletic specimen with an incredible high motor. On the defensive end Julian is everywhere from protecting to rim, to guarding primary scorers on the opposing team. He’s a major threat scoring inside the three point line. Hits mid range shots from any spot, and can finish well in traffic. Julian’s perimeter skills progressed a lot from the first day to the end of the season. He expanded his range and became a solid slasher as well.

Chris Van Tassel 6’3 forward, Wilbur Cross High (CT) - Chris is a classic style forward. Plays a lot bigger than the height listed. His ability to rebound, especially on the offensive end provided us with multiple scoring opportunities almost every game. He has a great sense of when to put it back up or reset the ball. Chris is the team bull and continues to work on his ball skills as well.


Thomas Glover 6’1 point guard, Career Magnet High (CT) - Thomas is an offensive juggernaut. Everything you need a point guard to be, he is. He can create his own shot, he’s great in the pick & roll, can shoot it from the outside and plays above the rim. Thomas is still very unselfish but he knows when it’s time to takeover a game. Thomas scores at all three levels from either side of the court, but is an absolute nightmare when he’s attacking the basket. Thomas is also very competitive, and will defend the top player on the opposing team and try to shut him down.

Tre Williams 6’5 forward, James Hillhouse High (CT) - Tre has the highest motor in the entire program. He’s the leading rebounder and for his size runs the floor very well. Just like Chris Van Tassel for the 14u, Tre got both the 15&16u teams a load of second chance baskets this summer. Most of his points come from cleaning the glass. Even when giving up a couple of inches, Tre shuts big men down game in and game out. He also plays football, and he brings that physicality to the basketball court.

Bernett Scott Jr 5’11 point guard, Amistad High (CT) - Bernett fills up the bucket. He shoots it from deep, he can hit mid range pull ups and finish well under the basket. He has a solid frame, strong and low to the ground. He uses his body well to create shots, but that also helps on the defensive end as well.


Nikai Brooks 6’4 wing, James Hillhouse High (CT) - Nikai is a high motor wing that scores the ball inside and out. He’s recently made big strides with his perimeter shooting, and will be a big surprise to some this high school basketball season. Nikai can defend players with good size in the post but can also defend guards on the perimeter. In transition Nikai can be a dangerous finisher.

Vinston Hamilton Jr 6’2 point guard, James Hillhouse High (CT) - Hamilton is a long limb PG with gifted court vision. He plays with flare and can be exciting to watch. He has a competitive edge that can spark the team at any point during the game. Hamilton also shoots the ball well from deep. He can hit contested threes, catch and shoot threes, transition threes or create for himself. His long arms make him dangerous in passing lanes, on the boards and can be attractive to coaches who play zones.