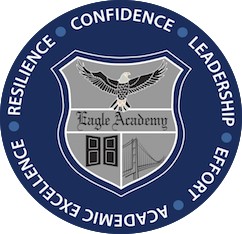 Eagle Academy for Young Men of The Bronx competes in the PSAL AA Division. Coach Roosevelt Byers takes over the program this year. Eagle-Bronx had a very successful 2019-2020 season, losing to Wings academy in the borough championship. “Coach Rose” played college basketball at St. Thomas Aquinas College when they played in the NAIA D1 division. STAC is now a powerhouse D2 school in Rockland County NY. Coach Rose spent the last eight years at St. Raymond’s High as the boy’s freshmen coach and an assistant coach for the varsity team.

Eagle Bronx is returning seven seniors and will compliment them with a mixture of some 2023 and 2024 student athletes. They are looking forward to the battles that will take place every night in PSAL AA. Below are some of the key players to watch for 2021-2022:

Asa Kone (2022) 6’8 198lbs, forward – Asa is a great defender with a wingspan that extends over 7”. Attacks the rim with aggression, ability to put the ball on the floor and has developed a nice 12-15ft. jump shot. Entering his Sr. year with a 3.3gpa, Asa will be a still steal for a low to Mid-level D1 program.


Clinton “CJ” McCullum (2022) 5’8 150lbs, point guard - CJ is a dynamic floor general that can get to any spot on the court. His quickness, crafty IQ and ability to knock down the 3, will make him one of the best if not the best point guard in the AA division this year.

Myron Bennett (2022) 5’11 165lbs, guard – Smart guard who won a JV City Championship his Soph. year at St. Raymond’s HS. Entering his 2nd year at Eagle Academy. Myron is eager to get going having missed his Jr. Year due to the pandemic.

Jhonny Jones (2023) 6’2 155lbs, shooting guard – Jhonny is a prolific sharp shooter who can get hot at any min. Can handle the ball and will play a few guard positions for the Eagles this season.

Jaryn Bull (2023) 6’2 162lbs, guard – Crafty guard who can score, dribble, rebound and more. Jaryn is looking to put the PSAL AA on notice that he is one of the top players in the division.

Brandon Perez (2023) 6’3 185lbs, guard – Strong guard with good leaping abilities. Brandon will be a consistent contributor for the Eagles this year.


Charles Solorzano (2023) 6’7 178lbs, Swing – Long wing span with the ability to block shots and knock down the open 3. Charles will open many eyes as the season progress along.

Kwame Opoku (2022) 6’6 196lbs, forward – Kwame is a strong low post player who runs the court well. Powerful rebounder with a soft touch around the rim. Honor Roll student with a 4.0 gpa

Jaden Zimmerman (2024) 6’2 155lbs, guard – “The young boy”, as they call him at Eagle is a tremendously skilled player who can score on many different levels. Jaden will be a major recruit here at Eagle.