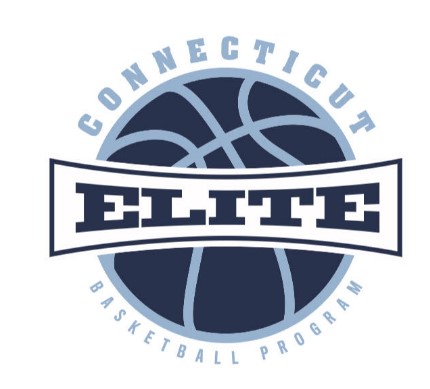 On September 24th, 60 Class of 2022-2024 players from Connecticut and New York made a stop at Newtown Youth Academy for the Elite 50 College Showcase which was presented by the Connecticut Elite Basketball Program.

Here are your top performers:

Cameron Perez (2023) - Shifty guard who can get to the basket and find his teammates.  Knock-down shooter.  Cameron will have a breakout season for his high school team.

Stephen Brooks (2022) - High IQ guard who lived in the paint.  Hit the open three and played with a good pace in transition.

AJ Rodriguez (2023) - The 6’5 slasher places above the rim.  AJ is tough to stop when going downhill.  All evening AJ showed he can knock down the open three-ball. Scholarship level player.

Ben Miller (2024) - Tough hard nose guard who competes on both ends of the floor.  Knockdown pull-up jump shots in transition.  A confident ballplayer who is only a 10th grader will continue to get better.

Justin Phillips (2022) - Arguably the best player at camp.  Dominated all evening.  Justin lived in the paint and consistently knocked down deep three-pointers off the dribble.

Frankie Piscitelli (2022) - Good spot-up shooter.  In one game he went 4-5 from threes.  Showed the ability to create off the dribble for others.  Has size at the two-guard position.  Improved over the years.

Keyshawn Mitchell (2022) - Do it all big who plays above the rim.  Able to rebound and push on the break. Keyshawn has a good feel for the game.  Potential D1 player!

Caden Monte and Calvin Monte (2023) - The brothers have good touch around the basket.  Rebounds outside of their area and finish in traffic.  They both showed more athleticism from the last time we have seen them.

Micah Morgan (2023) - very strong guard, that can play on and off the ball. Rebound very well at his position and made the open shot in half court as well as transition. Has the ability to attack and finish well.

Ashton Sannasi (2022) - one of the top guards at the showcase. He sees the floor extremely well while penetrating. He has a College mid-range pull-up game. Coupled with his 3pt range, and constant “hunting of the paint”, makes it very hard to guard him. Will be one of the top guards in CT this season.

Brandon Cary-Green (2023) - He has great college potential. He runs the floor incredibly well. Has very good hands and balance in traffic. A very long wing that finishes at rim. Has a midrange shot that can develop into a weapon. He worked hard in the drills prior to playing, displaying the desire to get after it in a practice setting.

Christian Andriolas (2023) - Very tough guard, who defended very well the entire night. He attacked the rim and could make the 3pt consistently. He saw the floor very well and looked to go the offensive boards on shots.

Aidan May (2023) - this lefty shooter has a great knack for getting open. If left open will make a very high percentage of his attempts. A very strong guard, he rebounds very well at his position. Finishes well in transition. And pushes the ball ahead in transition well.

Jacob Francis (2024) - A player with a very high ceiling. Only a sophomore, he competed very well the entire night. Played very well through contact when attacking the rim. He ran the floor and defended at the rim on many possessions. With the ability to rebound above the rim, he gave his team an advantage in transitioning very quickly. College prospect.

Jack Murphy (2022)) - A 6’6 forward who likes to play with his back to the basket. Murphy rebounds the ball at a high level and finishes around the basket well. He runs the floor well for his size and has a newfound mid-range jump shot that he seems to be working on.

Benjamin Brochu (2022) - Lefty guard who likes to get to the basket. Brochu has a nice stoke from 15 ft out to the 3-point line. He understands how to play the game and makes the right plays.

Luke Penna (2023) - Luke has a great stroke from 15ft out. He loves to get to his mid-range game and will hit the open 3 consistently. Luke is always under control and makes the right plays for himself and his teammates.

Mehki Slaughter (2022) - Mehki is an undersized forward who gets the job done. He’s powerful and sneaky athletic. He attacked the basket relentlessly all evening and it included so high-flying dunks.

Yaniel Hernandez (2022) - Hernandez was one of the best guards at the event. His ability to make shots and get to the basket made him hard to guard.

Christian Jeffers (2023) - Jeffers has a college ready body to compliment his skill. His ability to get out in the open floor and make high flying plays was something to admire. Jeffers ability to defend was also noted.

Juan Morel (2024) - A 6’7 forward with lots of size and potential. He rebounds, alters shots and runs the floor well. He’s going to have a bright future if he continues to develop.