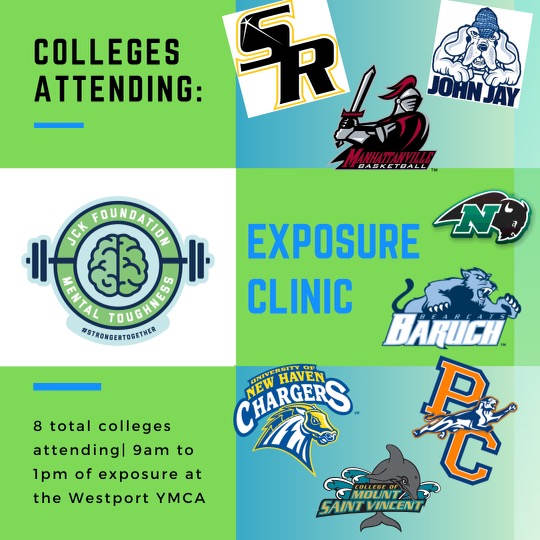 The first ever Mental Toughness Exposure Clinic was a four-hour event that took place at the Westport YMCA in Connecticut. The purpose of the camp was to give high school players genuine exposure in front of college coaches, while using basketball to continue a mission of spreading mental health awareness. The event was organized by Sean McGee, the founder of Mental Toughness, a team in “The Basketball Tournament” on ESPN and the current assistant coach at Manhattanville College.

The event’s standouts were:

Ayo Aminu (2023) 6’5 small forward,  Notre Dame-West Haven High, AAU team: Gibson Way - Ayo is a true hybrid forward who can put the ball on the ground an attack the basket or punish you from outside. He has a good feel for the game and makes the right decision with the ball in his hands. His athleticism also makes him a talented defender who can alter shots with his length. With his size and ability to handle the ball, he is a mismatch for smaller opposing guards and can rise over defenders closing out on his jump shot.

Cooper Galdenzi (2023) 6’2 guard, The Morgan School: Cooper is a strong, physical, and athletic guard who is not afraid to get downhill, getting to the rim and finishing through contact. Though, he also will make you pay with his ability to consistently make feet set three-pointers. He is an intelligent player who has good shot selection and understands spacing and movement off the ball. Galdenzi’s athleticism in the open court gives him a step above the competition too as he can throw down some impressive dunks.

Darien Gillins (2023) 6’2 guard, Beacon High, AAU team: Playmakers AAU - Darien was a calm and collected player who plays at his own pace. He has good basketball IQ and does the little things well for his age. He hits his open jump shots and has a good release when the ball is coming off his hands. He also can deal with pressure while handling the ball and does not over dribble. Lastly, he is an athletic defender that has good on ball-defense that gives opposing guards some problems.


Roger Squire 2022 6’5 small forward,  North Salem High, AAU team: NorthStar Naturals - Roger has good size and strength inside and uses his body well in carving out space. His handle needs to get a little sharper, but he has the ability to blow by defenders and attack the basket. He even threw down a couple dunks in the live games. Squire is good on the offensive glass and can get to his spot on the blocks and rise over defenders, while finishing through contact. He also can hit feet set jump shots, which makes him hard to guard as he can work inside and out.