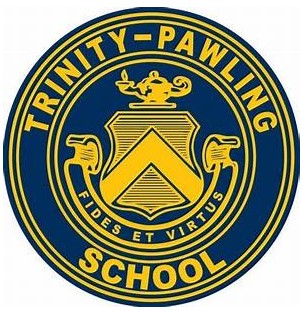 The Trinity-Pawling School is a boarding prep school in Dutchess County, NY that was founded in 1907. It’s boys varsity basketball team competes in two leagues, the Founders League and the Tri-State League and competes to get seeded in the NEPSAC Class A post season tournament.

Tarik Smith has assumed the head coaching job this year, after 20 year veteran, Bill Casson announced his retirement.  Back in the day, Smith was captain of the basketball team at Tufts University where he led the Jumbos to the NCAA Elite 8 and Sweet 16 in back-to-back years. During his college years, he spent his summers training and coaching student-athletes at basketball camps. Last year, he was an assistant coach at The Winchendon school.  During the pandemic-pause year, he worked to get all 14 of Winchedon’s graduating players a spot on college basketball rosters for this year.

Historically, Trinity-Pawling’s key players and those of its opponents are all prepping to play collegiate ball. This year is no different, and here are TP’s current key guys:

DeAndre Williams (2023) 6’3 180lbs - DeAndre is an extremely skilled and athletic guard who can score at three levels. He can finish above the rim and make plays for others. DeAndre received his first scholarship offer from Robert Morris University the beginning of this season.

Nzube Mekkam (2022) 6’3 175lbs - Nzube Mekkam is a very athletic combo guard who plays above the rim and can score in a variety of ways. Using his quickness he is able to break down his opponent and create shots for himself and others. Nzube is a very strong defender and is having a great start to the season.

Mikkel Cintron (2022) 6’7 210lbs - Mikkel is a long versatile wing who can shoot the three and finish around the rim. He can rebound well and block shots on defense using his quickness and length. Mikkel has been playing big minutes, and making timely plays for TP this season.

Sean Conroy (2022) 6’4 200lbs - Sean is a strong guard who can shoot the three and defend well. In transition he can create his own shot with little space and he can also make plays for others. Look for Sean to be an impact player on TP this season.

Suhayb Choaibi (2022) 6’5 180lbs - Suhayb is a very long athletic wing who can finish above the rim. He is very skilled with the ball and creates shots for himself. On defense he plays passing lanes and gets out in transition. Suhayb is a Swiss Army knife and can impact the game in many ways.

Justin Umunakwe (2023) 6’5 220lbs - Justin is a tough versatile wing who attacks the rim relentlessly and is a beast on the glass.  He can defend multiple positions using his strength and moving his feet. Justin also has much improved jump shot and does whatever is needed to win.

Austin Williams (2022) 5’11 180lbs - Austin is a high IQ point guard who can attack the rim and create shots for himself. He is very good at running the offense and getting others involved as well. Look for Austin to be a part of the TP rotation this season.