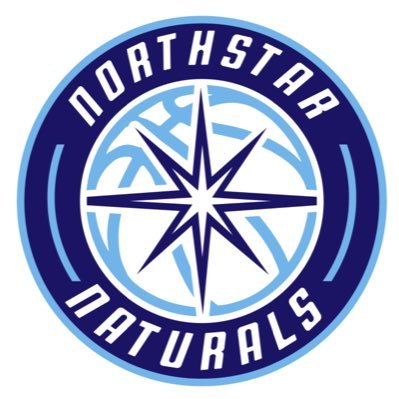 NorthStar Naturals is a highly regarded and successful AAU program based out of Poughkeepsie, NY that draws top players from Dutchess County, Westchester County, Putnam County and the Bronx. Program founder and Head Coach James Loughran has build the program on the mission of allowing all of the kids to feel ‘family’, to go through the program, and to look back on it as something that was of importance. He is a huge proponent of coaching hard, but loving harder. ‘Our hope is that with the right accountability, with pushing each other collectively, each of these players who hope to play college basketball one day will have a firm foundation for the next level. Building for the future, both on the court and off the court is important to me. Being great players is one thing, but being better fathers, husbands, friends, people, is another huge thing for me.’

The Northstar Narurals rosters for this spring are below:

Chris Luciano Whyte (2023) SG/Wing, Lakeland HS (NY)- Chris is one of the most athletic guards I have seen around this area. He can score at any level, while also setting up his teammates really well within the flow of an offense. While also stepping up on the other end defensively, with his quickness and strength, allows him to guard tough players while grabbing a ton of defensive rebounds. Super interchangeable player, who can fit any system installed. Vocal leader, and one of the hardest workers in the gym!

Jake Couzens (2023) PG/ SG, Mahopac HS (NY)- Jake has a tremendous IQ as a PG. Can see the floor really well, while facilitating the basketball. Confidence beyond the arc is HIGH, both spot up and off the bounce. A gritty defensive player that can and will apply ball pressure on some of the toughest guards. Another vocal leader on the floor and a tremendous worker.

Dylan Howard (2023) 6’4 Wing/F, Kennedy Catholic High (NY)- Dee is a super competitive person with a high ceiling. His growth within just a year is tremendous. Coming off a HS season averaging just around 20ppg, his ability to do multiple things on the court makes him a solid player for any program. His ability to put the ball on the floor, finish around the rim, but also step out and knock down a shot is hard to find. His athleticism is impressive on the defensive/ offensive end on the glass. Willingness to battle down low with other bigs is impressive.

Dillon Chenard (2023) 6’10 C, Walter Panas HS (NY)- Dillon is coming off a tremendous season with us. His size speaks for itself, but his ability to keep plays alive on the offensive end is key. As well as being a rim protector and help limit teams to one possession defensively is incredible. His footwork out of a screen/ in the post is progressively getting better and better. This kid is a huge STEAL for any program in need of a big man, willing to do the work and make an impact. Dillon is a 6’10 big who can run the floor exceptionally well. Hard to find a big man who can block a shot, and rim run within a matter of seconds back to the offensive end.

Liam Lynch (2023) PG/SG, John Jay Cross River HS (NY)- Liam has tremendous ability on both ends of the floor. His ability to knock down shots off the bounce/ catch and shoot is impressive. Yet his quickness off the bounce to get to the rim is incredible. He shows great vision and uses contact to his advantage. He plays both sides of the floor and shows he will not back down from anyone.

Conner Griffin (2023) SF/C, Brewster HS (NY)- 3 words. TOUGH. AS. NAILS. This kid has been getting a ton of SUNY school interest, and rightly so. He has been the player since day 1 who sets the tone defensively with his toughness and his willingness to dial in. He has the ability to step out and guard beyond the arc, while also having incredible post defense. Offensively is a player who will finish plays, keep plays alive, while also being able to step out in the mid post and knock shots down.

Antoine Coles (2023) Guard/ Slasher, Yorktown HS (NY)- Antoine is another guard who has an incredible first step. He is a guard who can push tempo with his speed out in transition, while also being able to finish quickly in transition. His vision off a ball screen is great, and is guard defensively who can create a lot of havoc with his toughness.

Adrian Beato (2023) PG, Beacon HS (NY)- this kid ‘A’ has progressed his game tremendously. He has an incredible IQ for the game as a true PG. His ability to see the floor in transition as well as in the half court, makes him be a hidden gem around this area. Tough as nails defensively, and is a player that will do anything you ask him to do.

John Romero (2023) SG/3 Guard, Yorktown HS (NY)- John is joining us for another season. A lengthy kid, who defensively has created a ton of disrupted sets with his length. A gritty player, and someone who will do what you ask him to do. Confident to shoot the 3 and knock some down, while also being able to set his teammates up off the bounce.

Dylan Ingraham (2023) SG/ 3 Guard, Somers HS (NY)- a kid who wants to live in the gym and put The work in to get better daily. That’s what he has done. First season with us, and he will look to continue being able to knock down mid-range shots, as well as hit the 3 as he has done thus far. A player who plays with great pace in his game, and one that allows us to either speed up or slow down when needed.

Hayden Panteleo (2023) PG/SG, John Jay East Fishkill (NY)- Another new player with us this season, and one that is a tremendous kid. A type of player who will be able to create options on his downhill attack with his speed and his ability to either kick out or hit his floater that he loves. Continuing to get better and someone who can really do great things in his position.