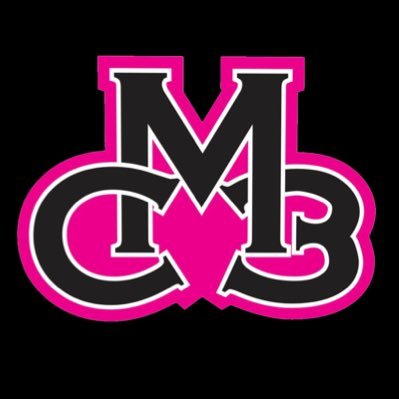 CM3 Elite is a New York City based AAU program founded by Charles Melone. Melone is also the Director of Athletics at the Variety Boys and Girls Club in Astoria Queens. He was a standout hooper at St. Anthony High School (NJ) under legendary coach Bob Hurley. Melone coaches the 16u team. CM3 Director, Daniel Mark, a former assistant coach at LIU Post and current varsity head coach at The School of the Future (PSAL) coaches the 17u team. Ken Hoyte, assistant coach at Brooklyn Collegiate High is the assistant coach for both CM3s 17u and 16u teams.

Top college prospects on the 17u squad:

Davion Guity (2023) 6’8 forward, Albuquerque Basketball Prep (NM) -  Guity is a Bronx native who’s spent his high school career outside of NYC. He’s a high motor big man who is an elite shooter and rebounder. He’s also strong enough to bang in the paint. Excellent handle for his size and is a matchup nightmare. Has heard from over 10 D1 programs in the last year.

Dayjon Anderson (2023) 5’10 point guard, Brooklyn Collegiate High - Anderson is a lightning quick point guard who can make any pass. A one-man press break who has the ability to get anywhere on the court.

Nick Guillen (2023) 6’0 point guard, Cathedral Prep - Guillen is the reigning CHSAA B Player of the Year.  He may be one of the top under-the-radar prospects in NYC. He dominated the CHSAA B Division and led Cathedral to a City championship. He’s a strong, crafty PG who makes a ton of difficulty shots. He scores in bunches and defends at a high level.

Gregory Brown (2023) 6’2 combo guard, School of the Future - Brown is a fast twitch, super athletic combo guard. He can make 3s in bunches and is incredibly quick off the bounce. He causes chaos in the paint with his ability to blow by defenders and either finish in traffic or find the open man. He’s an elite defender who led the PSAL B division in assists.

Zaquan Jones (2022) 6’5 small forward, Brooklyn Collegiate High - Jones is a nominee for New York State’s Mr. Basketball. He is an All State performer who averaged 21 ppg and 14 rpg. Athletic wing known for his crowd rocking dunks. Excels in transition and in the high post. Soft touch on his midrange. He has been hearing from a long list of D1 programs including Wagner, Fairleigh Dickinson, and Robert Morris.

Elijah Pagan (2024) 6’5 wing, School of the Future - Pagan has exceptional guard skills for his size and can take defenders off the bounce. He’s a playmaker and an excellent shooter, an active defender and a strong rebounder.

Jaylin Lewis (2023) 6’4 wing, Christ the King High - Lewis is an explosive two-sport athlete who has recently taken football visits to Penn State, Boston College and several other high major program. On the basketball court he excels in transition and has the ability to blow by his man with a quick first step. He’s a lockdown defender who guards 94 feet.

Shawn Pajimna (2023) 6’0 guard, Bayside High - Pajima is a high IQ scoring guard who averaged 17ppg in the PSAL Queens A division. He’s an elite shooter with an the ability to score in bunches.

Top college prospects on the 16u squad:

Toribola Babs-Ogundeji (2025) 6’5 wing, Brooklyn Collegiate High - Babs-Ogundeji is regarded as one of NYC’s top 2025 prospects. He is a talented wing who can shoot the 3 and score in the paint.

Josiah Michener (2024) 5’9 point guard, Lafayette High - Mitchener is a tough as nails pass first point guard who can lock up on defense.

Jayden Johnson (2024) 6’0 point guard, Brooklyn Collegiate High - Johnson was one of the PSAL Brooklyn AA’s top players, he averaged 14ppg during the season and is a crafty three level scorer with excellent shooting skills.

Mody Siby (2024) 6’2 shooting guard, John F Kennedy High - Siby is a tough guard who can use his strength and quickness to get into the paint as will. He makes 3s in bunches.