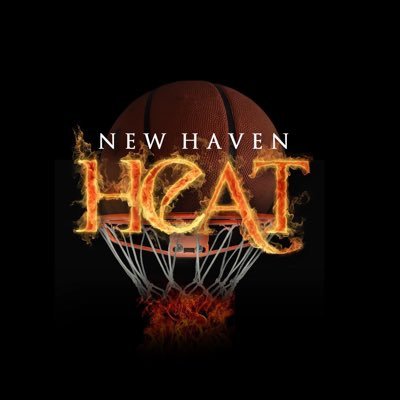 The New Haven Heat is a highly regarded developer of college-bound talent in the basketball rich Greater New Haven, CT region. Their XL 17u team is coached by their Director, Doc Kennedy. In the winter, Kennedy is an assistant coach for the highly ranked New England prep school, Lee Academy in Maine. Here is their 17u XL roster for this spring:

#6 Theo Stefan (2023) 7’1 center/forward, Lee Academy (ME) - Stefan can be one of the most highly sought prospects in the ZGXL circuit when it’s all said and done. He already holds a D1 Offer. He is a high level rim protector. He has a soft touch around the basket and can also spread the court with long range shooting. The additional strength that he will add in the weight room will determine how high his ceiling will be.

#11 Tim Coleman (2023) Hillhouse High (CT) Coleman is the starting big man for the legendary James Hillhouse High School. He blocks shots at a high clip. He has back to the basket moves with a soft touch in the paint. He also has a good mid-range game.

#0 Roddy Pearson (2023) 6’7 forward, Achievement 1st Amistad High (CT) - Per MaxPreps, Pearson wass in the Top 5 in the nation with 7 blocked shots per game this past winter. He was also #2 in the state in rebounds with 14.9 rpg. Pearson is nowhere near his full potential yet. His athleticism and motor will make him a elite rim protector and rebounder on the next level. He also has a 3.0 gpa and currently looking for a post grad program.

#5 Matteo Crisanti (2023) 6’7 small forward, Hamden Hall Country Day School (CT) - Crisanti is a High Academic standout and is coming off a big season for the Hornets. He is a 6’7 sharp shooter that is working on his back-to-basket game. He is a double digit rebounder. Starting to fill in his body frame and becoming a legit ball handler.

#2 Darrell Redd (2023) 6’5 guard, Hamden High (CT) - Redd is a late bloomer, over the last year he grew about four inches. He is a good slasher that can make plays for others. He plays with a steady tempo that he doesn’t let others speed up. He has very long arms that helps him defend the quicker guards.

#10 Charles Sepp (2024) 6’4 swing, Newtown High (CT) - Sepp is the Glue Man! He does a little of everything. Whatever the team needs, he provides it, including making winning plays!

#12 Isaiah Riley (2023) 6’4 guard Cheshire Academy (CT) - Riley is a high academic combo guard, already possessing a D1 offer heading into this Live Period. Riley is jack of all trades. He is also high level quarterback in football, so he brings leadership and toughness to the squad. He has elite athleticism, vision and a high motor. 4.0 gpa

#13 Elijah Guillaume (2023) 6’3 guard Wilbur Cross High (CT) - Guillaume is a wiry guard that can score at will and always has the highest energy on the court. He is deadly in the mid-range and crafty at the rim. One of the top defenders on the squad. 3.8 gpa

#3 Ty Cummings (2023) 6’2 guard Norwich Free Academy (CT) - Cummings is one of the most underrated kids with The Heat but also one of the most complete players on the team.  He has a college-ready body and skills. He is an elite defender that can guard 1-3 no matter how tall the other player is. He scores at a high clip but also can make plays make for others.

#21 Jon Rivera (2023) 6’2 guard, Crosby High (CT) - Rivera was a Connecticut All State and All Conference guard this past season. He was #2 in the state in scoring, averaging 26.7 points a game. Yes he is a elite scorer, but he is also an elite playmaker. Top 5 in steals in the CIAC.

#1 Beau O’Beirne (2023) 6’1 point guard, Williston Northampton School (MA)- O’Beirne is one of top shooters in New England. He can shoot from it anywhere on the court off the dribble. He is also one of the craftiest players around with a very high iq. He made All Tournament at the NERR Hoopfest last week. He is also another high academic player in the program.

#4 Fredo Delgado (2023) 5’10 point guard,  Wilbur Cross High (CT) - Delgado is another All State/All Conference guard in the program. Delgado brings leadership and that New Haven grit that the basketball world loves. He is a floor general that can also heat up quickly and knock down multiple 3s in a hurry. A player that everyone wants when it’s time for war.

#24 Edwin Roberts (2024) 5’10 point guard, We Believe Academy (CT) - Roberts is another floor general that can create for others and also for himself. He is another coach on the floor, making sure everyone is on the same page. He is the youngest player on the team, but a plays with a very high IQ.