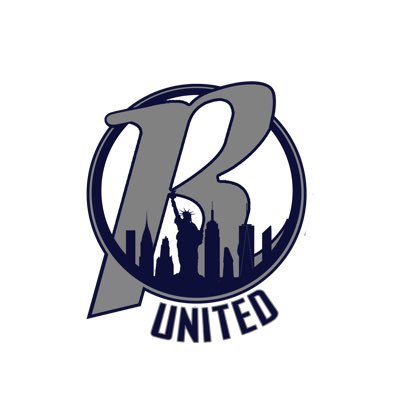 Rens United is an high academic oriented HGSL team affiliated with the renown NY Rens EYBL program. The team is based out of Brooklyn, NY, but their players are sourced from multiple states such as MA, PA, CT, NY, NH and NJ. The team is head coached by the highly regarded Jesse Shapiro. Sharpiro is a longtime NYC area AAU coach and director who has taken numerous teams to the Division I National Championships. Andrew Becil and Cole Thompson, both former college players are his assistant coaches for the squad. Their 2022 roster is loaded with high academic college basketball prospects:

Dan Vessey (2023) 6’3 point guard, The Hun School (NJ) - Recently named to the NJ Hoops All State Prep First Team, Vessey is a pass first guard who is always trying to create for teammates. He is able to get to the rim and finish strong and is a high level shooter. Does a lot of things well. Knows how to run a team. Has several D1’s involved with his recruitment.

Oscar Edelman (2023) 6’9 forward, Greens Farms Academy (CT) - Edelman is a versatile forward that moves extremely well. He’s able to do a lot most guys at 6’9 can’t. Plays above the rim, puts the ball on the floor to make plays, and knocks down shots beyond the perimeter. Blocks shots around the rim. Ivy League schools are deeply involved in his recruitment. He will miss the later part of the AAU season in order to represent the USA in the Maccabi Games in Israel.

Will Groot (2023) 6’9 forward/center, Hotchkiss (CT) - Groot is a physical, back to the basket big. Goes after every rebound hard and contests all shots around the rim. Finishes around the rim and can step out and make mid range shots. Has a college ready frame. Many schools are involved with his recruitment.

Johnny McCain (2023)  6’2 guard, Canterbury School (CT) - “Johnny Cash” McCain has one of the best nicknames in high school hoops arising from his ability to shoot the lights out. He is absolutely lethal from beyond the arc. Is able to penetrate the defense and find teammates. Has a smooth pull-up and floater game. Plenty of schools are actively recruiting him.

Jeffrey Akintolu (2023) 6’8 wing, Avon Old Farms (CT) - Originally from the United Kingdom coming to America in 2020. Has a good frame. Ability to knock down shots and put the ball on the floor. Plays good defense and blocks shots. Active on both ends of the floor. Numerous schools have been in contact with him.

Harrison Carrington (2022) 6’6 guard, Northfield Mount Hermon (MA) - Once you watch this kid play live you will walk away impressed with all he has to offer. Is able to do a little bit of everything on both ends of the floor. Extremely athletic with ridiculous bounce. Has a lot of attention and interest from schools all around.

Phillip Lawrence (2023) 6’2 combo guard, Poly Prep (NY) - Lawrence is fresh off of being named 1st team All State for the Ny Independent Schools. He is a scorer. Offensively he is someone you give the ball and let go to work. Able to create for himself and make plays. Does well locking up on the defensive end. Springy. Actively being recruited by several schools.

Thomas Prendergast (2023) 6’5 wing, Avon Old Farms (CT) - Prendergast is a pest on defense. Uses his long wingspan to his advantage to get deflections, steals, and blocks. Crashes the boards hard. Can play way above the rim as his athleticism is off the charts. Has interest from several schools across all NCAA divisions.

Anthony Aririguzoh (2023) 6’7 forward, The Hun School (NJ) - Aririguzoh is originally from Italy. He is a prospect that has a great wingspan. He blocks shots, gets steals, and is everywhere defensively. Offensively he is good around the rim and able to knock down mid range shots. He is someone to keep an eye on as he continues his development. Being actively recruited by several schools from different levels.

Christian Moore (2023) 6’6 guard, Avon Old Farms (CT) - Moore is originally from California. He was a part of the class of 2022 before reclassing. While in the 2022 class he helf offers from five D1 programs. Moore is a wide framed guard who loves getting to the rim. He finishes well in traffic or raises up and dunks. Has the ability to knock down shots. Rebounds extremely well for a guard. Has a number of schools actively recruiting him.

Kameran Rodriguez (2023) 5’9 point guard, Berkshire School (MA) - Rodriguez is a crafty guard with a quick first step. True PG that creates and finds his open teammates. Can elevate to knock down jump shots off the dribble and especially in P&R situations. Makes some pretty nifty finishes around the rim. On the defensive end, he is a pest and creates havoc for the offense.

Hudson Geremia (2023) 6’6 wing, Daniel Hand High (CT). This is the only player on the roster is not attending a prep school. Geremia is a 6’6 wing with a broad frame. With his size and strength he’s able to bang down low, but stretches the floor as he shoots a good percentage from behind the arc.

Justas Bardauskas (2023) 6’8 forward, Loomis Chaffee School (CT) - Bardauskas is a physical forward. He wants to dunk everything when he’s got the ball around the rim. Has the ability to step out and knock down shots from perimeter. He contests shots at the basket and will get up in passing lanes. St. Michaels has already offered. Plenty more with interest.

JB Frankel (2023) 6’4 point guard of Brewster Academy (NH) - Frankel is a NYC native who has spent his high school career outside of NYC. True point guard that is composed and makes winning plays. Able to create for himself and others. He holds an offer from LIU Brooklyn. Ivy League and Patriot League schools involved.