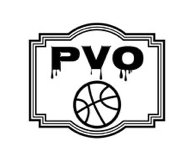 PVO Elite basketball program is an affiliation of the Positive Vibes Community Group. The team is coached by Kevin Jackson and his assistant coach, Jerome Austin.  The PVO Elite 17u basketball team features some outstanding players, see the notes on them below:

Nikko Barnes (2022) 6’0 point guard, York Prep - High Academic Student. 2022 NYSAIS Player of the Year on the NYSAIS State Championship team. Barnes is a Crafty guard with a strong frame, exceptional finisher around the rim. He is extremely calm under pressure.  Has a knack for on ball defending and is great in help-defense as well. Superb rebounder for a guard. Projected level as a Low Major to High Academic D3 college player.

Benny Mermelstein (2022) 6’0 guard, York Prep - High Academic Student. 2022 NYSAIS Player of the Year on the NYSAIS State Championship team. Mermelstein also started for the NYSAIS State Championship team. He is a knockdown shooter from anywhere on the court with extreme range. He can handle the point, distribute the ball well and is an exemplary leader. Microwave scorer that pours it on all three levels. A lockdown on ball defender. Projected level as a Low Major to High Academic D3 college player.

Matthew Medley (2022) 6’5 swing, George Westinghouse High - Medley is extremely athletic and a strong rebounder. He is good finisher around the rim and has a mid-range game. He can an defend all five positions and excels at shot blocking. Projected level as a Low Major, JUCO, and/or NAIA or D3 college player.

Fenley Jean-Baptiste (2022) 6’7 forward, Canarsie High - Jean-Baptise is an excellent rebounder and is unstoppable in the post as a scorer. His footwork is impeccable and has a very fluid game.  He has both the mid-range touch and a three point shot. He can put the ball on the floor as needed. When he is around the rim, he throws it down with ferocity. He is a strong post defender. Projected level as a Low Major to Mid Major D1 college player.

Zaphian Scott (2022) 6’4 guard, Boys and Girls High - Scott has a college-ready body and uses it well to get downhill. He is a strong rebounder. Can guard 1-4 and is the ultimate hustle player. He needs To develop outside shot to thrive at the next level, which could be any of D3, JUCO, NAIA or D1 levels.

Amadou Toure (2022) 6’0 guard, Kipp College Prep - High Academic Student. Toure is super athletic and can really hang in the air with has great body control. He is the ultimate slasher. He can defend on the perimeter. His ability to further develop his outside shot will ultimately determine where he lands in the D3 or D2 level.

Elijah Johnson (2022) 6’1 guard, Fieldston School - High Academic Student . Johnson is a high IQ player and a strong defender on the 1-3. He has a college-ready body, but needs to keep developing his shot making. Projected level as an High Academic D3 college player.