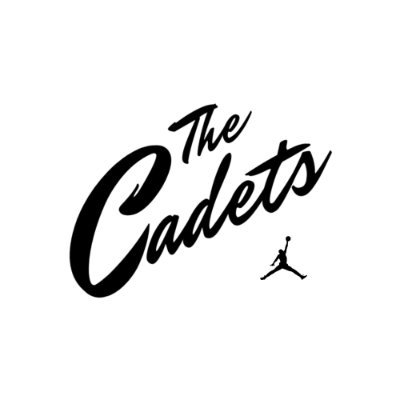 Black Ops Cadets is a New York City based, high level youth basketball development program and AAU teams started by Bernard Bowen and Carmelo Anthony. The name was derived from the “Black Ops” nickname used by the Who’s Who of NBA Players who would gather in NYC gyms for offseason training and pick-up games, as organized by the elite NBA trainer, Chris Brickley and Carmelo.

This spring the Cadets roster contains a number of high potential college prospects, such as the following:

Vere Anthony (2025) 6’1 guard, St Francis Prep - As a frosh, Anthony started every game this year for SFP, helping to lead his team to a Brooklyn/Queens championship. He adds firepower to any backcourt. Prep Hoops currently has him ranked at #5 in the state of New York’s 2025’s.

Bryce Bennett (2026) 6’4 small forward, Rectory School (CT) - Bennett is very coachable, leans into his assigned role and wants to guard opposing team’s best player. His size, length, and athleticism allows him to be versatile on both sides of the floor. He has exceptional court vision with high capability of scoring when needed.

Bernard Bowen III (2026) 5’9 guard - Bowen plays with a coach’s son IQ. He is also a knockdown shooter with range.

Abdoul Konate (2024) 6’4 guard, Graphic Campus High - Konate is an Uber athletic guard has a tight handle and breaks defenders down with ease. He will attend prep school next fall as he will be reclassifying to the 2024 class.

Jorel Monroe (2026) 6’4 wing, St Peters High - Monroe is a long wing who can score on all three levels and has the ability to be a really good defender.

Joel Nash (2026) 6’0 point guard, Greens Farms Academy (CT) - Nash has started as his prep school varsity point guard since he was an 8th grader, earning All Conference and All New England notice in the progress. Silky smooth and processes a college-range, deep ball ability already.

Jamiko Smith (2025) - Smith is a playmaking lefty who excels in the open floor. He has a knack for breaking down defenders and getting in the lane.

Mike Spisto (2024) 5’8 point guard, St Peter’s High - As a sophomore, Spisto started at the lead guard position for Peter’s this past season. Son of former college coach, posses a high IQ and has a big time feel for the game.

Luke Cronin (2023) 6’8 forward, Great Neck North High - Cronin is a multi-dimensional forward who impacts the game on both ends. High IQ playing shot blocker that is also a big presence on the backboard. He can shoot the 3, pass well from the high post and is a prolific scorer in the low post. Per Coach Nas Simmons “Baby Jokic is a very coachable, hard working player that wants to improve his game…and is just scratching the surface.”

Jayden Ramirez (2025) 6’4 guard Christ the King High - This athletic freshman can fill it up. He is a three level score and takes pride on the defensive end.