Level Up LI 16u College Prospects 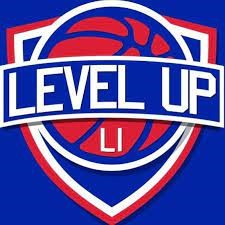 The Level Up LI program is in its 5th year and is one of the fastest growing youth travel AAU basketball programs in the tri-state area. Their mission is to create the top travel basketball teams focusing heavily on individual and team development. ALL of their coaches and trainers excelled at the college level as players or coaches.

Carson Niehoff is the 16u team’s Head Coach and Director of Player Development for the Level Up LI program. His playing career included SUNY Cortland where he was a 1,000 point scorer and received All-SUNYAC honors.  As recent as 2016, he was the Varsity Head Coach at Inwood Academy in Washington Heights, NY. As a coach and trainer, Niehoff values dedication, passion and the willingness to expand players game beyond their limits, through versatility and having a strong basketball IQ. Below are the players that he is developing into college prospects.

Jordan Gabriel (2024) 6’7 forward, Mineola High - Gabriel is a D1 prospect, a methodical big man who can play back to the basket or out of the face up. He is a master at drawing fouls and putting defenders on his hip from 10-15 feet out to cause contact and finish through it. He can also shoot it efficiently from the perimeter when the defense sags off. Deceptively quick with the ball when making his move and can get from the three point line to the rim in two steps. Uses his body well to engage defender and cause contact. Gabriel is great at rebounding his own misses and turning into a made basket or and-1. Can finish with both hands. He excels at passing over a defense that doubles him to make the right pass out of the double team. Defensively, he completely clogs the paint and does a great job of contesting/blocking shots without fouling. He has great timing to contest shots at the rim and rarely gets in foul trouble. Has magnets for hands and rarely gets out worked for a 50/50 ball.

Vasilis Triantafyllou (2024) 6’4 swing, North Shore High - Versatility is Triantafyllou’s strength. His length, ranginess and ability to do everything makes him a moveable chess piece offensively and defensively. Can shoot the three, drive and recently has developed a step back mid-range jumper that is efficient. Very good rebounder. One of his best abilities is to secure a rebound and lead a fast break on his own and finish high and strong at the rim. Plays much stronger than what he looks. Has the ability to guard positions 1 through 5 at a high level due to his length, technique and lateral movement. He has shut down many top options on opposing teams regardless of position. Triantafyllou has great timing on contesting shots and does so without fouling. A true “can do it all” type of player on both ends. A coach’s dream in terms of coachability, accepting in-game responsibilities and never making the same mistake twice.

Jake Cohen (2024) 5’10 guard, St Anthony’s High - Cohen is a high-IQ point guard who can make plays for others or play off the ball and score. He possesses the characteristics to be a floor general and will always accept whatever role his coach puts him in and do it with hard work and class. He can shoot the three ball at an efficient clip as well as drive into the lane to either kick to shooters or use his highly effective floater over larger defenders. Adjusts his game based on what the defense gives him. Has shown the ability to change in-game roles from facilitator to scorer based on personnel around him. Cohen plays at a controlled pace but will attack when the defense gives him lanes to exploit. Tough and strong defender who doesn’t get beat off the dribble. Body is starting to fill out due to his tireless work ethic off the court. Nobody puts more hours in the gym improving his game than Cohen.

AJ AbuSaab (2024) 6’1 guard, Syosset High - AbuSaab’s ability to go downhill and attack in transition by using elite footwork and speed is his best ability. Unstoppable in transition and can finish with either hand over bigger defenders at a high percentage using either hand. He possesses the rare ability to use his footwork to navigate around multiple defenders in his way. AbuSaab played point guard as a 10th grader on varsity this season but also has the ability to play off the ball and make plays out of that role. Three point range has improved year after year as he rounds himself into a complete offensive player. He is tough as nails defensively and has been asked to face-guard or lock up opposing teams’ best options and does it effectively. He is very physical all around style and is an elite rebounder for a guard. Is not intimidated to go up against anybody.

Jack Connolly (2024) 5’9 point guard, Chaminade High - Crafty ball handler that sees the floor at an elite level. Connolly has a second gear he gets to when he changes speed with the ball which is very tough to keep in front of. Not many defenders have been able to contain him due to his ability to protect the ball with his body and use their momentum against them. Coach Niehoff says that he has not seen a point guard who understands passing angles and draws and kicks to shooters like Connolly does. He also has the ability to score and finish at the rim. His footwork and crafty finishing ability around the rim is college-level and he can also shoot the three when he wants to. One of the rare players who makes all four players around him better. Does not turn the ball over and balances pace and attack mode very well. Can lead the team in scoring or lead the team in assists each game based on what the defense gives him.

Mason Goodstadt (2024) 5’11 guard, Roslyn High - Goodstadt is a knockdown shooter with a good feel for the game and rarely takes a bad shot. He can hot quick and has a great shot fake to go by his defender. His high IQ and passing ability make him hard to contain for defenses. He can create for others and himself off the dribble. He he’s a “herky jerky” guard that’s gets to his spots and let’s the game come to him. He has great poise and uses that to his advantage.

Jesse Traicario (2024) 6’5 forward, Great Neck South High - Traicario is a strong big man that can get to his spot and finish around the rim. He uses his body well and can create match up problems for defenses. Great screener and seeks defenses very well. Solid on the boards and helps keep possessions alive for his team. He’s hard to stop on the block when he gets position underneath. Sneaky athletic and can finish with the best of them down low.

Sean Leonardo (2024) 5’10 guard, Garden City High - Leonardo is a speedy guard that can play on or off the ball. He can shoot off the dribble and is threat attacking the basket. Has a great touch and loves to use his floater when he gets in the lane. Hard nose defender that doesn’t back down from a challenge.