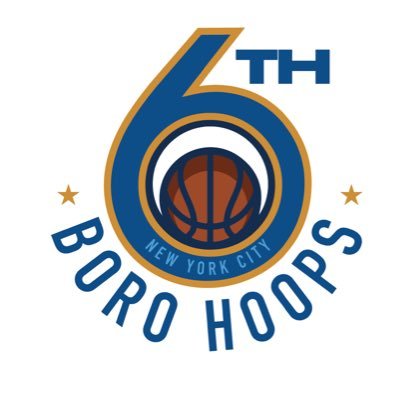 6th Boro Hoops is a long-term oriented program with the goal of holistically developing their players. The program was founded and is directed by Nihad Musovic, a four year player at Fordham Prep ‘11, Fordham University ‘15 and two year member of the Montenegrin National Team. He holds a Masters of Sports Coaching from West Virginia University. He is currently working on developing the following players to become the best versions of themselves.

Dylan Colon (2023) 6’2 point guard, Mt. Vernon High - Colon was named New York’s Mr. Basketball, NY State All Tournament and Section I’s Player of the Year after leading The Mount Vernon Knights to a perfect 24-0 season and to the New York State title. He is the first first junior to win New York’s Mr Basketball award since Ben Gordon and Jabari Hinds. He can dribble faster than most players can run. He has an exceptional handle and shoots a consistent 3 ball. Once you push out on him to cover his 3 ball, he will go by and attack the rim. Elevating more and more as of late. Dunking through traffic. Excels defensively. Already offered by Manhattan College.

Justin Robinson (2022) 6’1 guard, Mt. Vernon High - Robinson has the reputation of being s the best on-ball defender in NY state, a monster who hounds opponents relentlessly. He forces turnovers into transition opportunities. He has a high motor and is an underrated offense player. He is physical in attacking the rim with his body and shoots a good pull up jumper. Offered by Western Connecticut State.

Brandon Sinclair (2022) 6’10 power forward, Mt. Vernon High - Sinclair is a high-level passer. His renowned Hall of Fame high school coach, Bob Cimmino says that Sinclair “is the best passing big that I have ever coached. Understands how to play. Extremely difficult to press us with Brandon in game. He just reads, understands, and delivers the ball correctly. He will make money at playing this game before he is done.” Sinclair can also shoot the three and is an excellent shot blocker.

Elijah Morris (2023) 6’2 guard, Mt. Vernon High - Morris is a defensive minded guard who is also a knock down 3 ball shooter. He is exceptionally good at taking contact and finishing under control. A crafty southpaw who also has a knack of attacking the rim, hitting his defender, and making old fashioned 3 point plays. He sees the whole court all the time. E

Christopher “CJ” Riley (2022) 6’0 guard, Wings Academy - Riley can score in bunches and is extremely hard to guard. One of the city’s best scoring point guards. He can defend and is extremely quick. He has begun to find his voice as a leader on the floor.

Ryan Whelan (2023) 5’11 point guard, Salesian High - Whelan is a knock down three-point shooter. He also has a great pull-up game and is a good offensive rebounder for his size. Whelan was named CHSAA Class A this past season for Salesian.

Mario Piarulli (2023) 5’10 guard, Cardinal Spellman High - Piarulli is a knock down shooter that also does a great job of facilitating from the point guard position. Piarulli was also named CHSAA Class A All-League.

Mohamed Kante (2022) 6’4 wing, Wings Academy Kante is an extremely strong three man who can get to the rim and finish through contact. He is super long and due to his length, he is also a capable rim protector. Kante can guard the one through four.

John Atkins (2023) 5’11 point guard, Rye High - Atkins is a crafty point guard who finds the tight angles to finish or pass through. Atkins is a very good three-point shooter. He holds high GPA and is a perfect fit for a high academic D3.

Sean Garcia (2023) 6’2 guard, Mt. Zion Prep (MD) Garcia is a long and athletic defender. He is an extremely strong finisher and can be a streaky shooter.

Jahmir Harris (2023) 6’7 small forward, Fordham Prep Harris is an athletic big who has a soft touch around the rim. The forward also has a consistent stroke that stretches beyond the three-point arc.

Patrick Livingston (2023) 6’7 forward, Salesian High - Livingston is a mid-post and a back-to-the basket dominant scorer. He can stretch it out to 15 feet consistently. Livingston is a strong rebounder.

Ayden Gittens (2022) 6’7 small forward, Overhills High (NC) - Gittens is an extremely athletic big that grew up in Yonkers and has come back home after his senior season in North Carolina. Has a soft touch from 15 feet and can hit the three ball as well.