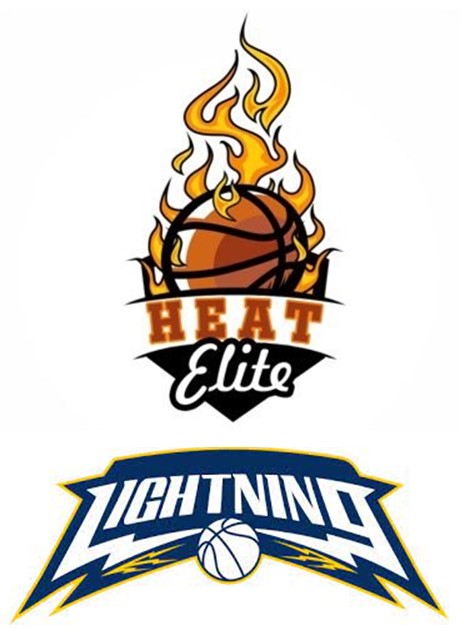 The Heat Elite and the Long Island Lightning have collaborated to field this year’s Long Island Heat Lightning Hoop Group Showcase League team. The team is made up with a group of talented players local to southern New York. This 17u team is coached by Portledge High’s Varsity Coach AJ Allen. Allen joined the Heat Elite program last year, bringing his varsity and aau coaching experience down from Worcester MA. Below are their college prospect players for this season.

Tyson Mobley (2023) 6’1 guard, Newtown High (CT) - Mobley is a true pass-first lead guard. He is able to see the floor in transition or the half court and find his teammates in stride. His strong frame allows him to absorb contact when in the lane, allowing him to get to the basket or find his open teammates when the help comes. He is a coach on the floor, getting guys to the right spots Tyson is maybe the best kept secret in Connecticut.

Anthony Follett (2023) 6’5 wing, Portledge High - Follett is known for his smooth outside shot and knack for getting to the basket and finishing with either hand. The southpaw has added a lot to his game over his junior year by becoming a strong two way basketball player. Anthony is evolving into a strong lock up defender while maintaining his ability to get to spots and knock down shots.

Darius Coleman (2023) 6’3 guard, Upper Room Christian School - You can count on Coleman to be a top 3 player in any game and he typically isn’t 2 or 3. Whether he is using his well muscled body to get down hill and finish through contact or knocking down shots where ever he decides to,  you can count on him to light up the scoreboard. His well balanced skill set on top of his dog-like mentality allows Coleman to stand out any time he touches a basketball court.

Jared Weakly (2022 Unsigned) 6’7 forward, Combine Academy (NC) - There might not be a better defender in the Heat Lightning program than Weakly. He is a true 1-5 defender who can sit and guard you on the perimeter or bang with the big on the block. Weakly changes how offenses attack the basket by simply being on the court. Entering his senior year, he added a reliable outside shot and a simple and smooth handle, allowing him to get to the basket off one move thanks to his long and speedy first step.

Zaire Baines (2022 Unsigned) 5’10 guard, Portledge High - With 3,148 total high school points, Baines is #1 All time in Long Island and #2 all time in New York State scoring. Baines is now looking to show how he is equally as good a passer as he is a scorer. His center of gravity is unmatched low, making it very difficult to bump him off the basketball. With the constant threat of scoring, coupled with his creative and well timed passing Baines is a premier lead guard.

Kuba Cwalina (2023) 6’4 guard, Archbishop Molloy High - This lengthy sharp shooter is breaking out of his shell and becoming a high impact player. Cwalina catch and shoot with the best in the class of 2023, but he can also put the ball on the deck, get to his spots, and knock down shots off the dribble. He is an active defender who uses his length and discipline to keep his man in front and make them work. Look for Cwalina to make a big splash in the CHSAA this upcoming season.

Kyle Marshall (2023) 6’3 guard, post grad school TBD. Marshall possesses elite athleticism that will have you think he 6’7. He is an able-bodied lead guard that is also willing to play off the ball if that is what is asked. The lefty has a good outside shot and has the ability to put the ball on the floor and get to the rim where he’ll make a highlight reel worthy play. Marshall’s toughness and 6’8 wingspan ( makes him a tough match up 1-3.

Tafari Jerome (2023) 5’11 guard, Abraham Lincoln High - Jerome is every coach’s dream. A “Yes Coach, No Coach” look you in the eyes kind of guy. He is an elite athlete who turns heads with his impressive leaping ability. He is a vocal and willing defender who is rarely beaten down the floor in transition. A much-improved ball handler coupled with his ability to shoot the ball both stationary and off the dribble, Jerome is going to wake up a lot people in the PSAL AA next winter.

Manu Alford (2023) 6’3 The Skills Factory (GA) - Alford is a swiss army knife of basketball. From knocking down open shots to defending with passion, Alford is an asset to any program. He had a very successful high school career at Holy Trinity in Long Island, with him leading his team to a NSCHAA Championship. He is now eclassifying to the class of 2023 and now heading to The Skills Factory, looking to grow his already productive two-way game.

Marqiis Samuels (2023) 6’0 guard, The Patrick School (NJ) - Samuels is a spark off the bench for the Heat Lightning. He has the reputation of being a pest on defense, guarding the other team’s best player from baseline to baseline. His large hands and quick feet make it difficult for opposing teams point guards. His smooth handle couple with his quick feet allow Samuels to get to the basket and his strong body allows him to finish among the trees.