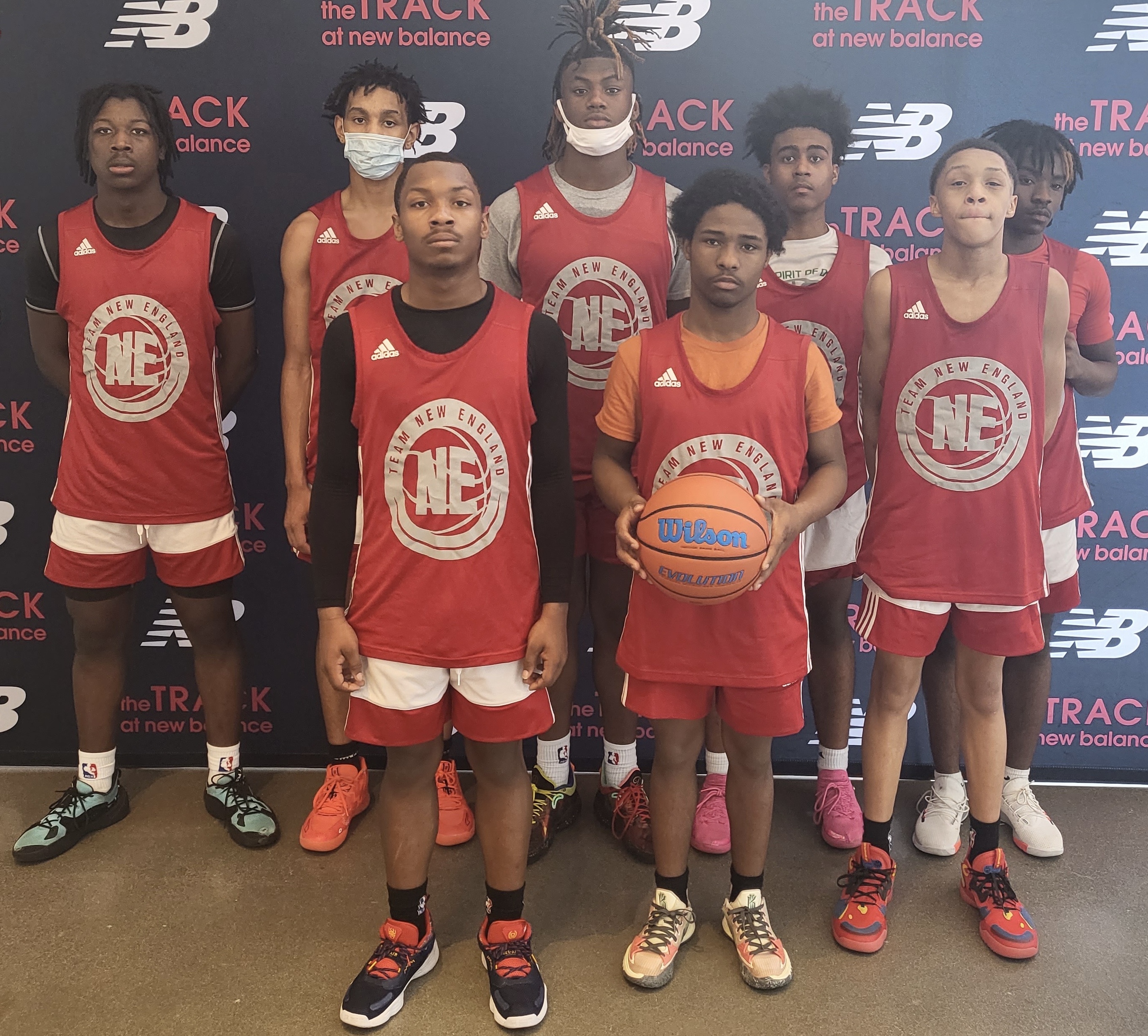 HoopWave and Team New England have formed to create TNECT 16u to play on ZGXL Circuit. Program Directors Dean Jones II (Hoopwave) and Zeke Davis (Team New England) had a vision for this combining of their programs to create this this team, and so far it is working. The Head Coach is Jamaal “Coach Shaq” Folston, a former college basketball player and pro football player brings over 20yrs of coaching experience to lead these young student athletes into battle. This squad has battled high level competition in Live Session 1 in Boston and Live Session 2 in Atlantic City. They were recently ranked in the top 15 for ZGXL 16u standings. They will attempt to raise that ranking in Session 3 at Spooky Nook, PA on May 20-22.

Madden Cupe 5’8 2024 Weaver High (CT) - Cupe is a bucket getter can score with the best of them. His range stretches out to “Curry land”. Once he gets stronger, he will definitely be a scholarship player by his senior year.  Also a great student in classroom.

Israel Case 6’3 2025 Achievement First High (CT) - Case is a special type of player who has yet to find his niche. He can hit the midrange and is an efficient 3pt shooter. Once he starts to use his size to dominate smaller defenders, colleges will come calling

Amari Cruz 6’3 2024 Innovation High (CT) - Cruz is a freak athlete and high motor energy guy. Once he gets it all under control, he will be dangerous. He rebounds like Dennis Rodman and has a nice touch around basket. An all conference player in high school and has the GPA to match.

Nayquan Farmer 5’8 2024 Achievement First High (CT) - Farmer is a dog and reminds one of Khalid el-Amin. He can get to the basket with strong intentions, but needs to work on his jumps shot more. A great on-ball defender who is always looking to guard other team’s best guard.

Nazir Rembrant 5’10 2024 Norwich Free Academy (CT) - Rembrandt is a high octane combo guard. He made All State and All Conference in only his sophomore year. He is a “Showtime” electric guard, but can tends to over do it at times. Once he understands that,  his ceiling is high as in becoming a high mid major talent.

Malike Asaline 6’3 2024 South Windsor High (CT) - Alasani has a college-ready body. He gets to the basket with ease, but sometimes settles for the three ball instead. He can take any man off the dribble and is a strong rebounder. He needs to work more on his free throw shooting and becoming a better defender, but his upside is very high. Colleges take notice.

Josiah Evans 5’5 2024 Capital Prep (CT) - Evans smallest of the group but has a heart big as a lion. He is super speedy and reminds one of Earl Boykins. A good defender and gets to the basket on offense. He needs to round out his skill set. Coach Shaq can definitely see him at a good school running the point.

Jordan Jackson 5’8 2024 Prince Tech High (CT) - Jackson’s last name is familiar one in CT, as his brothers Delshawn Jr and Tyshawn were high level and 1000 pt scorers in high school… as was his father, Delshawn sr.  Jordan can really shoot it and reminds one of Marcus Smart in the way he will sacrifice his body and take charges. He will definitely be the focal point this coming winter season at Prince Tech. Stay tuned.

Mahari Taylor 5’8 2024 Weaver High (CT) - Taylor has just joined the team recently, but looks to make an impact. He can definitely get to the basket and is a decent defender.