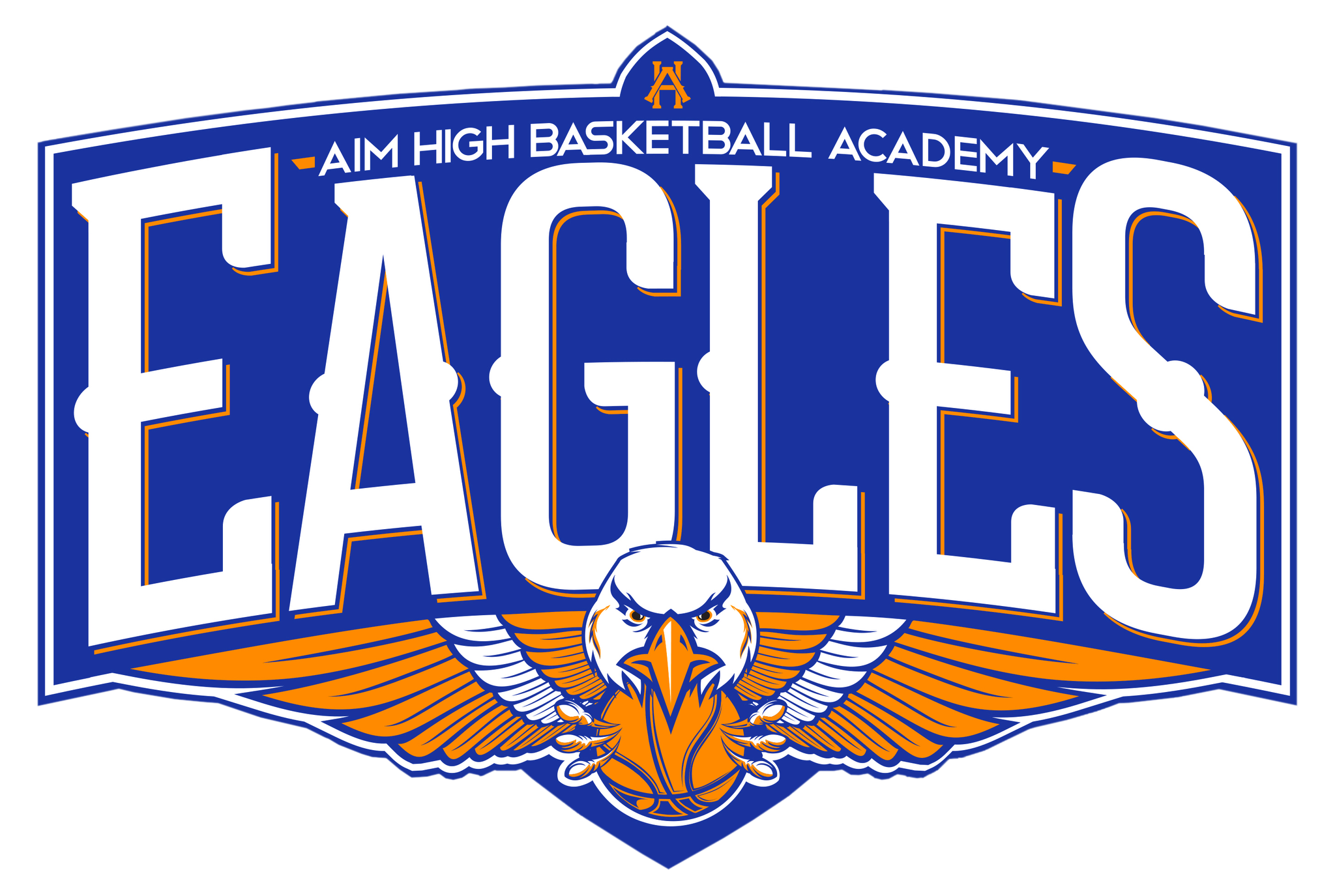 Aim High Eagles is a Queens, NYC based AAU program in its 15th year developing student athletes. The program was founded by St. Agnes Boys HIgh and Marist College alum Blake Gaston and has produced a good deal of college athletes. Their 17u prospects are coached by Gaston who is also the boy’s JV coach at Monsignor McClancy High School.

#00 Isaiah Nisbett (2022) 5’11 guard, Bayard Rustin HIgh - Isaiah plays hard on both sides of the floor with scoring, assists and steals. He takes pride in competing at a high level every play and loves to win.

#4 Kyle Dhu (2024) 6’2 wing, Brooklyn Law & Tech -  He can score in a variety of ways. Kyle can drive and finish at the basket. He is smooth with the ball, and looks to make things happen for his team by attacking openings. He can also hit the three consistently.

#13 Daniel Wade (2023) 6’2 wing, Msrg. McClancy HIgh - He looks to pass first and set up teammates as opposed to looking for his own shot. Good open-court vision and enjoys getting teammates scoring opportunities and displays an unselfish manner in his game.

#24 Deshaun Douglas (2023)  5’9 guard, St. Mary’s High - He’s a tenacious defender. He is always getting steals, deflections, and makes any offensive player uncomfortable. His defense creates offense for him.

#11 Devonte Gordon (2023) 6’0 wing, Hillcrest High - Devonte is a high jumper with serious hang time. He can change a lot of shots with his 40” vertical which helps him on the defensive and offensive glass. He is a very good athlete and is at his best when slashing and attacking the basket.

#35 Jaidenblake Gaston (2024) 5’11 guard, Msgr. McClancy HIgh - Named to the CHSAA ‘A” All League team; Jaidenblake is versatile enough to play multiple positions. He has a dangerous mid-range jumper that extends well beyond the college 3-point line with smooth shooting mechanics. Off the ball he moves well to open space and can get to the basket at will.

#32 James Rosales (2024) 5’9 guard, Msgr. McClancy HIgh - He is a scrappy point guard who can control the tempo. He has a good feel for knowing when to attack and when to slow it down to avoid turnovers. Off the ball James is patient and capable of hitting open jump shots.

#25 Kristion Meade (2023) 6’4 forward, Elmont Memorial HIgh - He attacks hard and strong, and puts his defender on their heels on the block.  He can clean up the boards in the paint, as well as finish in transition.

#23 Matthew Tucker (2023) 6’0 wing, Archbishop Molloy HIgh - Named to the CHSAA ‘Varsity B’ All League team; Matthew has a great feel for scoring in the paint with his soft touch. He gets a lot of putbacks and kills on the offensive boards. He’s also good on the wing when attacking his defenders downhill.

#21 Victor J Cruz (2022) 5’9 guard, Christ the King HIgh - Cruz is a good decision maker with the ball in his hands and knows the difference between scoring effectively and keeping his teammates involved. He is a good athlete who understands how to use change of pace effectively.

#5 Aidan LeBron (2024) 5’11 wing, Msgr. McClancy HIgh - He has a very consistent three point jumper. He can find the open teammate when needed. He is also a hard worker who brings enthusiasm and leadership.

#30 Dylan De la Cruz (2023) 6’1 small forward,, Fashion Industries High -  He completely dominates the blocks and the boards. His shot-blocking ability is extraordinary as he has great timing when getting off the ground.

#55 Tyquan Parker (2022) 6’2 small forward, Frederick Douglass Academy 1 -  He is a long wing that defends and rebounds the ball at a high level. He doesn’t mind doing the dirty work.