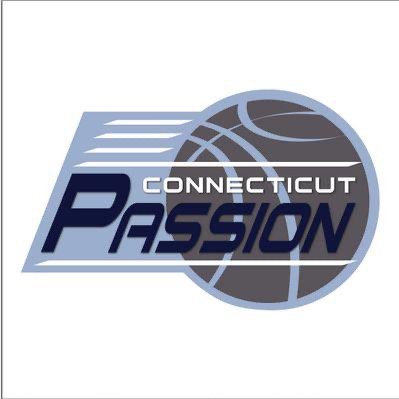 The CT Passion AAU program has been around since 2007 and has sent over 40 of their players on to play at the collegiate level.

Their coaching staff is deep and experienced. Dean Edwards has been with the CT Passion since 2012 and played Division I basketball at both Butler University and Rider University. Coach Edwards has coached college ball at Union College, St. Michael’s College, Buffalo State, Trinity College, Rider University and Rutgers University, both in New Jersey. From 2013-2017 Coach Edwards was the varsity boys’ basketball coach at Tolland High School (CT). Jake Collins is in his third year with the CT Passion. As a high school player, Jake was a 2-time All Central CT Conference player and played college ball at Eastern CT State. Erik Pettit is also in his third season of coaching for CT Passion. coaching staff. He was an outstanding high school player at Cheshire High School, making over 60 3pt field goals in a single season. Coach Pettit. While attending the University of Connecticut, he played on Geno Auriemma’s UCONN Women’s Basketball Practice Team. Coach Pettit runs basketball clinics and trains players in his hometown of Cheshire, CT.

Loudon Chupas (2022) 6’3 swing, Hale Ray High (CT)- American International College commit. This lefty can play multiple positions as well as guard multiple positions.  Sneaky athlete who can score it from all 3 levels.  Has turned himself into a college player based on his tireless work ethic.

Gio Cruz (2022) 6’0 guard, Wilby High (CT). After an outstanding senior season Cruz is still looking for a college to attend.  This guard is lightning quick with the ball and has the ability to play off the ball as well.  He can shoot it from 3 with range and has a tough mid-range game.  Would be an outstanding asset to any college program willing to take a chance!

Mekhi Petteway (2022) 6’3 small forward, St Paul Catholic High (CT) - Petteway is a lefty, undersized post player that has a knack for the ball.  Works extremely well from the high post area and can knock down a 12 ft. jumper consistently.  Rebounds and defends well. Petteway is also looking for a college to attend next year.

Tanner Ostop (2023) 6’0 guard, Northwest Catholic High (CT) - Ostop is a combo guard who has the ability to both run a team and score/shoot the ball from the 2 spot.  Has unlimited range from 3 as well as the ability to get to the basket.  He has a nice pull up/floater game too!  Is an outstanding student and should be on all high academic D3’s radar after the AAU season.

Thad Kimberely (2023) 6’2 swing, Torrington High (CT) -  An athletic, tough player with the ability to play multiple positions. Kimberely is a slashing type scorer who’s at his best hitting mid-range jumpers and finishing at the basket.  Defends and rebounds extremely well from his position.

Danny Hartnett (2023) 6’3 forward, Woodland Regional High (CT).  Hartnett is a big bodied forward. He attacks the basket off the dribble and is good at finishing with either hand.  Can shoot it from 3 with time and space.  Rebounds well from his position.

Jordan Harvey (2023)  5’10 point guard, Torrington High (CT).  Harvey is an excellent point guard who’s at his best running a team.  Is a pass-first type player who can also shoot it from 3 and attack the basket.  Solid on the ball defender who loves guarding 94 feet.

Nick Bergin (2023) 6’0 guard, Farmington High (CT).  Bergin is a hard-nosed combo guard who can both run a team and score it from the guard position.  He does all of the little things to help his team (defends, rebounds, takes charges, dives on loose balls, etc.).  Bergin can shoot it from 3, but is at his best attacking the basket off the dribble.  A great student who should be on the radar of high academic D3’s after the AAU season.

Allen Smith (2023) 5’10 guard, Torrington High (CT) - Smith plays much bigger than his size by both defending and rebounding extremely well.  An elite defender who excels guarding the ball.  Loves getting to the basket off the dribble and is a more than capable shooter from 3.

Tobin Grande (2023) 5’10 guard, Farmington High (CT) - Grande can play and defend multiple positions for his size.  Can both shoot it from 3 and get to the basket off the dribble.  Rebounds well from his position.  Defends well on the ball and in a team concept who always seems to be in the correct position.