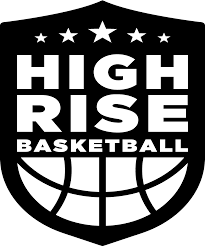 High Rise Basketball was founded in 2011 by Bobby Spezzano and Drew Gladstone, two former collegiate players from Fairfield County, CT. It is now a full service, year-round player development organization featuring over 20 programs for boys and girls ages 5 and up. Through camps, clinics, leagues, travel and AAU teams, private and group training, High Rise has been able to not only introduce and teach the game to tons of young players, but has also helped to develop players to play at the high school, college and professional level.

Kamryn Salters (2025) 6’2 Guard/Forward, Notre Dame–Fairfield (CT) – Kam is a tremendous leader which may be his best attribute.  He can score from all 3 levels and there is not a kid who works harder than him.  He started as a freshman for Notre Dame who won their league championship.

AJ Trimboli (2026) 5’9 Guard, King School (CT) - Trimboli is a knock down shooter and he has a very high basketball IQ coming from a basketball family.  His dad and coach, TJ, was a Dll All-American and his uncle Mike Trimboli was a 4 year starter and 2,000 point scorer at the University of Vermont.  He played varsity this past season as an 8th grader at King.  He handles the ball well, does not turn it over, and can finish all the games with his 90%+ free throw percentage.

Nathan Charlot (2024) 6’0 Guard, Notre Dame–Fairfield (CT) - Nate is a very athletic wing that can get to the basket with ease.  A great finisher around the rim as well as a great defender both on and off the ball.  A major contributor to the Lancers this past season on their way to winning their league championship.  His IQ is high and this is a player to watch out for going forward.

Jared Strand (2026) 6’3 Forward, Canterbury School (CT) - Jared will be reclassing into 9th grade at Canterbury.  A very athletic forward that can score both off the dribble and knock down the 3.  Jared comes from a very athletic background where mom and dad were collegiate athletes at Stanford University.

TJ Wright (2025) 5’9 Point Guard, St Joseph’s High (CT) - TJ is a shifty quick guard that can easily get by his defender and get his shot off against anyone.  A very skilled PG that sees the floor and can knock down shots. A crafty defender when it comes to reading the passing lanes.  Just a good player all around.

Ryan Luchetta (2025) 5’11 Guard, Wilton High (CT) - Ryan is a high IQ guard that handles the ball well and can knock down shots from anywhere on the floor.  He is a smart defender and has a really good feel for the game.

Parrish Edmond (2025) 6’3 Forward, Notre Dame–Fairfield (CT) - Parrish is a very athletic forward that dominates the offensive glass.  His knack for offensive rebounding is off the charts.  He finishes strong around the basket and can get out on the wing and run.  He has range to step out and make 3’s as well.

Jermel Bynum (2025) 5’9 Guard, Brien McMahon High (CT) - Jermel is a freak athlete.  Fast, strong, physical, and skilled.  A football player turned basketball player, his on the ball defense is like no other.  He can stay in front of anyone and his physicality allows him to defend all 3 guard/forward positions.  He shoots it well from behind the arc which also makes him that much better.

Griffin Joo (2025) 6’0 Guard, King School (CT) - Griffin is a very skilled, high IQ, lefty shooter.  He played JV for King this past season pouring in 40 points in a game.  He finishes around the rim and can knock it down from behind the arc.

Jaylen Brown (2024) 5’9 Point Guard, Norwalk High (CT) - Jaylen is a true point guard who sees the floor very well. He is also an excellent slasher. His ability to create shots for himself and others, as well as his ability to defend a full 90 feet, makes him a solid point guard at both ends of the floor.