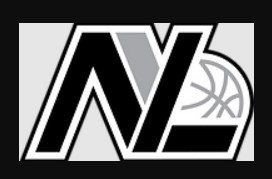 The New York Lightning (NYL) is one of the region’s most highly regarded grassroots programs, known for producing high talent, high character college-bound players and being stacked with a deep bench of excellent coaches. Their current 2024 Team this season continues those traditions. The team is head coached by Stephen “Coach Lo” Lo Russo and assisted by Harvey Pannell, Jr. Lo Russo has coached at the high school level and with the NYL for years. He was also a manager for St John Men’s Basketball back in the day. Parnell Jr. is the assistant coach at the Connecticut high school perennial power, Northwest Catholic.  They both truly pride themselves on building lasting relationships that exceed the basketball court, while cultivating and preparing the whole student-athlete.

The team’s players are profiled below:

London Ulysse (2024) 6’3 Wing. Brunswick School (CT). A long, athletic and skilled wing, who can play above the rim and shoot the ball well. Plays hard on both ends of the floor. His length allows him to defend multiple positions. 3.3 gpa

Christopher Lally (2023) 6’1 Guard. Sachem North High School. Combo guard that can handle the ball very well. Has the ability to create his own shot, drive the lane and create open looks for his teammates. He brings a strong work ethic, high motor and hustle each and every game. 3.5gpa

Mekai Lindsey (2024) 6’2 Guard. Union Endicott High School. Combo guard that can score in bunches. Can easily get to the basket off his quick first step. In transition, he is able to stop and pull up for a short jump shot or 3 pointer that makes his scoring ability such a threat. Great ball handler that is able to get his teammates involved. Underrated rebounder that can bully the bigger boys.  4.0 gpa

Satvinder Singh (2024) 6’0 Guard. Our Savior Lutheran. Pass-first point guard that loves to get his teammates involved. Can easily hit the outside shot and can get hot when his feet are set. A tough & gritty defender that frustrates the other team with his on-ball pressure. 3.8 gpa

John Harrington (2024) 6’1 Guard. The Community Health Academy of the Heights. Combo guard with lightning speed that has the ability to score either in transition or off the dribble. Very crafty around the basket and gets his teammates involved. Capable of hitting the outside shot. Defensively gets in the passing lanes to get out in transition. 3.3 gpa

Sean Akey (2025) 6’2 Guard. Springfield Central High School (MA). Combo guard that can help his team find a way to win in in a various of ways with his scoring, rebounding and defending. Uses his speed to get to any spot on the court and has great court vision. Very good 3 point shooter and an above average rebounder for his size. 4.2 gpa

Ahmad Torrence (2025) 6’4 Wing. Hudson Catholic Regional High School (NJ). Very high basketball IQ. Shoots the 3 ball efficiently & is able to score the ball in various ways; off the catch, off the dribble, in transition, pick & roll, you name it! Extreme confident ball handler that handles the pace of the game with ease. Great defender that can defend all five positions. Sneaky athleticism and plays with a chip on his shoulder. 3.4 gpa

Ishmael Ngarta (2025) 6’10 Forward. Our Savior Lutheran. Physically gifted from his size to his athleticism. Capable of hitting the outside shot, but can easily get to the basket with his soft touch. Runs the floor with ease. Great rim protector and rebounder.