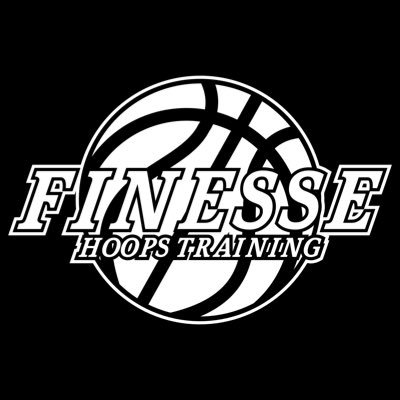 Team Finesse is a program started by Finesse Hoops Training and gym owner Austin Carretta in Wallingford, CT. Team Finesse is working to be the next big exposure program out of CT. It was started by making teams from the New Haven/Hartford area high level talent players who train with Finesse Hoops at Finesse Fitness Gym. This program is dedicated to not only helping these young players improve their game but also giving them college/pro level strength and conditioning programming to help prepare them for the next level. The goal is to help these players get into the best college programs possible while preparing them for the work on the court, in the weight room, and the mindset needed at the next level.

Jayden Reid (2025) 6’8 forward Westminster Prep School (CT) - Reid has great court vision and ability to block shots. Physical big with a soft touch who is able to find the open spot and has great floor vision and ball handling in the open floor.

Chaance Moore (2024) 5’11 point guard, Northwest Catholic (CT) - Moore is transferring to Northwest Catholic in West Hartford this coming Fall. Elite speed and quickness with the ability to blow by defenders and create a shot at will. Excellent on ball defender and rebounder at the guard position. He has all the potential to be an elite point guard this coming season as he has been improving as a floor general week after week.

Eric Johnson Charles (2023) 5’9 point guard, Eli Whitney Tech School (CT) - Charles is great at attacking the basket and shooting the ball off the dribble. Has the ability to see the floor very well and get up and grab rebounds.

Akeem Jackson Jr (2023) 6’4 point guard, Notre Dame-West Haven (CT) - Jackson has a very smooth game and ability to knock down shots at a high level. He has great length and the ability to get to the basket and does a great job creating shots for teammates from penetration. Akeem has great shot blocking ability and does a great job of staying in front of his defender. AJackson gets out on the open floor and excels very highly in transition. Has Division 1 length and athleticism and will be a great asset for any school.

Timaury Gay (2023) 6’4 shooting guard, Notre Dame-West Haven (CT) - Gay has great size and athleticism at the shooting guard position. He has the ability to shoot the ball at an extremely high level both off the dribble and off the catch. Gay can get to the rim at will using his great frame and explosiveness finishing high above the rim and over defenders. Not only does Gay explode to the basket but he has a great array of ways to finish when attacking the basket. He sees the floor extremely well and has a high basketball IQ is a great rebounder, defender and shot blocker and can play at the division 1 level. He will be a great asset at any program.

Ayo Aminu (2023) 6’5 power forward, Notre Dame-West Haven (CT) - Aminu is a lefty who has tremendous finishing ability at the rim. He has developed an ability to knock down set 3 point shots and mid range jumpers but is a terror for defences when he is attacking the rim. Aminu is an extremely physical and active player in the paint and can grab rebounds & defend bigs. He has developed his ability to handle the ball which allows him to get out in transition. As he develops a better ball handle he will be much more lethal as he already carries a very dog like mentality. Still has a lot of upside as he is coming into his own on understanding his role in how he can impact the game on a high level.

Jeff Medley (2023) 6’3 power forward, Eli Whitney Tech School (CT) - Medley has an extremely high motor and crazy athleticism. Can get to the rim and finish at will, has an extremely quick jumping ability where he outlasts most rebounders just on his motor and ability to keep jumping. Medley is a phenomenal offensive and defensive rebounder who also has great shot blocking ability. Great hands slashing to the basket and in transition which lead to many fast break layups or dunks.

Connor Daquilla (2025) 5’6 guard, Middletown High (CT) - Daquilla is a crafty guard with insane range from 3 point line. Has insane confidence for a younger player competing with the older guys. He can catch and shoot from 4 feet beyond the NBA 3 range with confidence and is a workhorse. Beats players with his basketball IQ not only on offense with an array of jabs and pump fakes to get defenders moving but on defense as well forcing players into tough shots by sliding his feet and being physical. As Daquilla improves his speed and athleticism in these coming years, look out for a high basketball IQ player with great scoring ability and plays with no fear and loves the moment.

Vaughn Hamilton (2024) 6’7 center Hamden High (CT) - Hamilton is a big man with a ton of potential, has a soft touch around the rim and plays physical. Has the ability to finish above the rim with multiple lays or athletic dunks. He has been improving a lot since joining Team Finesse and they believe by this time next year he will be a very intriguing prospect as he is not shy to the work that is needed to get him to the next level.