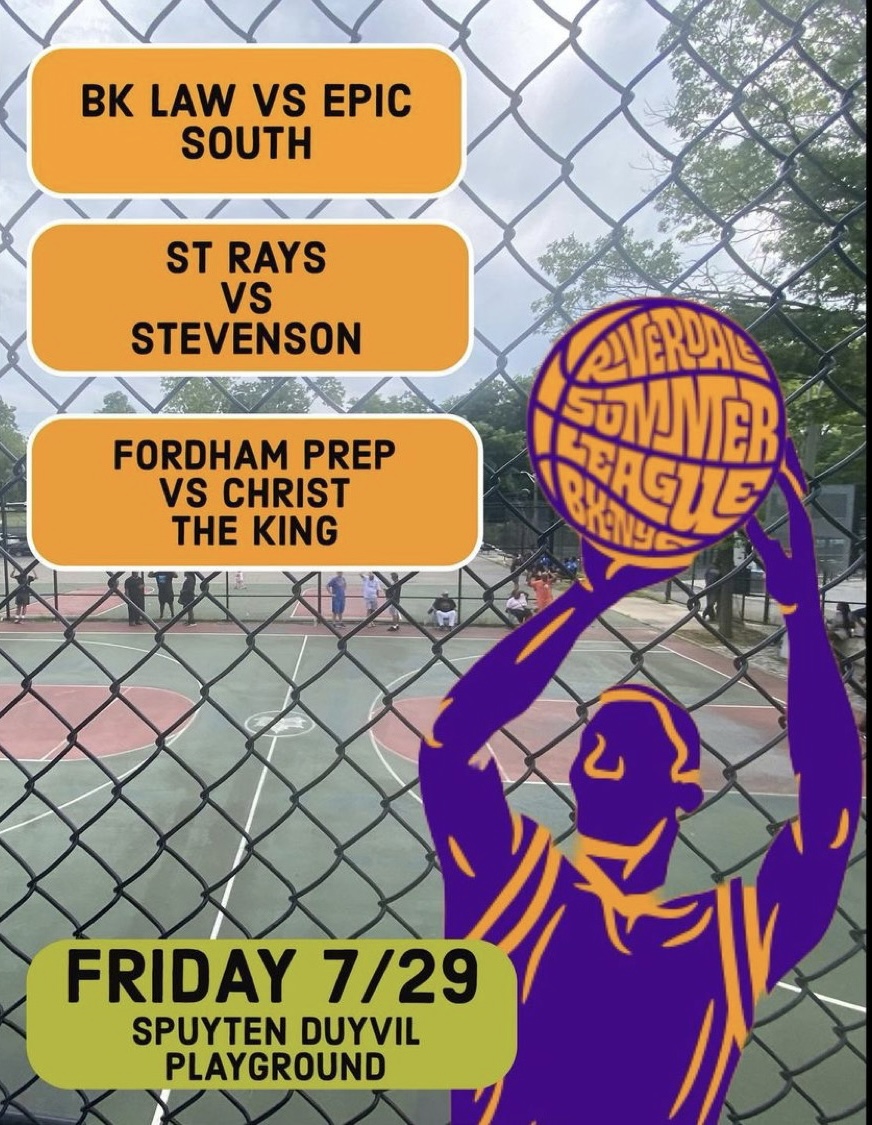 On Friday afternoon, July 29, RecruitTheBronx.com paid got to the Spuyten Duyvil Playground in the Riverdale section of The Bronx for the Riverdale Summer League. This league has been a summer time staple for high school programs in New York City and Westchester County for years. On this day, teams were playing their remaining regular season games before the start of the playoffs, we caught two of them. Here were the standouts for those two games:

Antwon Katko 6-4, Forward, Stevenson High School, Class of 2025 - A forward that is agile and is able to put the ball on the floor at all times. Is able to get to the hole with ease and has a lot of strength when going up for the basket. Is good for obtaining rebounds and putting the ball back up to the basket.

Francisco Demers 6-2, Shooting Guard, Stevenson High School, Class of 2023 - A guard that likes to drive to the basket and looks to score every time. Is fearless when it comes to obtaining physical contact. Is able to use his physicality to draw a foul & get to the free throw line. Is always alert and ready to make necessary plays when on the court.

Ahmir Moore 6-1, Point Guard, St. Raymond High School, Class of 2023 - A guard that is able to control the tempo of his team when he is in control of the ball. Has the ability to run in transition and can dish out the ball to his teammates and gives them opportunities to score. Has a penchant for driving to the basket and is a good finisher at the basket.

Ryan Jackson 5-9, Point Guard, Fordham Preparatory School, Class of 2024 - A guard that likes to run in transition and has a great feel for the game. When on the fast break, he will go to the basket or dish it out to his teammates in order for them to score. Is a player that can shoot at a high volume, as he is able to shoot from long range.

Will Gregory 6-2, Shooting Guard, Fordham Preparatory School, Class of 2024 - A guard that has a penchant for coming off screens and getting his shot off efficiently. When he is not guarded heavily, he can destroy a team with his shooting from long range or from the perimeter. Despite his frame, he is able to get to basket with ease & will go to the floater as a way to score or will finish with strength at the basket.

Bryce Merchant 6-5, Small Forward, Christ the King High School, Class of 2023 - A forward that can is able to use his versatility ti his advantage when he’s on the court. Has the ability to shoot from 15 feet away from the basket. Is able to drive to the basket and uses his strength to his advantage when going up for two.

Oke Okrokoto 6-8, Forward, Christ the King High School, Class of 2024 - A forward that has the potential to be very dominant on the floor and is a huge presence for his team when he steps on the floor. Is able to clog up the middle with his frame and is able to corral rebounds. Is fearless when it comes to absorbing contact when on the court.

Taheen Oliver 5-11, Point Guard, Christ the King High School, Class of 2023 - A guard with the ability to be a floor general for his team, as he is a player that gives his teammates a chance to score, due to his passing ability. Is a player that can control the tempo of his team when they’re on the floor, whether they’re running on the fast break or slowing things down. When going to the hole, he is fearless when going to the basket & is a good finisher. He can also shoot from the perimeter.

DeCorsey Corley 6-3, Shooting Guard, Christ the King High School, Class of 2023 - A guard that has the ability to do many things on the floor. On the defensive end, he is able to obtain steals and will go to great lengths to get rebounds for his team. When on offense, he is able to drive to the basket & uses great body control to finish at the basket & is able to get to the free throw line.