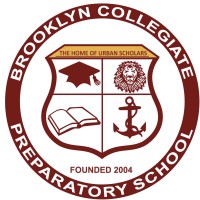 Brooklyn Collegiate Prep School is a public school established to ensure urban scholars not only have the foundation to succeed in high school, but to gain access to higher education and beyond. They enroll fewer than 400 students in grades 9-12 and maintain an outstanding teacher to student ratio of 11 to 1. Not surprisingly, the school produces outstanding test scores and graduation rates.

Their boys basketball program also similarly overachieves with a consistent history of producing college-bound players. Coach Malcolm Connor and his staff just finalized their 2022-23 roster and are convinced that they are loaded with D1 talent. Accordingly, they look forward to hosting a number of college coaches at their Open Runs this fall.

Prince Oviawe (2023) 6’3 wing guard - Prince is a “power guard” who uses his strength and athleticism to get to the rim and finish through contact. He’s excellent in transition and an versatile defender.

Dayjon Anderson (2023) 5’10 point guard - An elite ball handler and passer, who averaged an impressive 9 assists per game in his sophomore year.

Ernest Carolina (2023) 6’4 wing - A long and lanky lefty who can scorer from the wing and in transition with ease. He can also score from the wing

Tyler Edore (2024) 6’7 power forward - An imposing powerful player with a 7’4” wingspan. An exceptional rebounder who knocks the 3 down in bunches. He is the younger brother of 4 star Aiden Igiehon who went to Louisville and now at Grand Canyon.

Jayden Johnson (2024) 6’1 point guard - Johnson was one of PSAL’s top point guards last year… Averaged 14p 4a. He’s a crafty 3 level scorer who’s already picked up a D1 offer from Bryant. He also has significant interest from Binghamton and will visit their campus later this month.

Michael Bruno III (2024) 6’3 guard -  A crafty high IQ guard who can knock down shots in bunches. Bruno is a Brooklyn Native returning to NYC after a stint in prep school, Springfield Commonwealth Academy.

Toribola Babs-Ogundeji (2025) 6’5 wing - Babs-Ogundeji is a high motor wing who can guard 1-5 with his active 7’ wingspan. He is only 15 years old and had a dominant summer playing travel ball with CM3 Elite’s 15u & 16u squads. He holds interest from NJIT, Fairfield, Albany, Binghamton, and Delaware.

Avery Headley (2025) 6’7 forward - An elite athlete with a high IQ. He’s a small forward with developing guard skills and an extremely high ceiling.

Flavio Jean (2025) 6’0 point guard - Jean is your quintessential tough NYC point guard. As a read on his targeted level of play and academic ability, Jean has already visited Columbia University.

Milan Harricharan (2024) 6’1 shooting guard - Harricharan is an athletic guard who excels in transition and is lethal from behind the arc. He’s also a lock-down defender. 3.8 gpa

Sheriff Akerele (2025) 6’4 small forward - Akerele is an athletic forward with a tremendous upside. He’s a beast in the paint and is capable of beating guys off the bounce from the perimeter. Plays his grassroots ball with CM3.