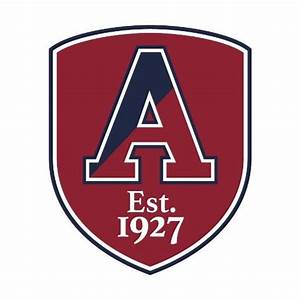 Avon Old Farms School is highly regarded boarding school for boys located in Avon, which is in Hartford County, Connecticut. Their athletic program has a deep tradition of placing their grads into college careers. To say that their basketball coach, Matt Mihalich is well-connected with the college coaching community would be an understatement. Not only has he coached in both the Atlantic 10 and America East, he literally grew up in and around the game of basketball. His father, Joe Mihalich, Sr. was the head coach at Hofstra and Niagara. His brother, Joe, Jr is an assistant coach at UPENN.

The Winged Beavers compete in the college prospect loaded NEPSAC Class A Division. As is typical, the AOF 2022-23 roster is loaded college prospects who will draw college scouts to their Open Gym schedule this fall.

Jeffrey Akintolu (2023) 6-7, 210 lbs, forward (from London, England) - Akintolu is a stretch big with an excellent jumpshot. He scores at all three levels. Lengthy, active presence on defense. He maintains a 4.0 gpa and has, to-date, received interest from Ivy, Patriot, NESCAC, Big West, and Big Sky schools

Matt Curtis (2023)  6-3, 190 lbs, shooting guard (from Ellington, CT) - Curtis has already committed to Fairfield University. He is a post grad, after being an All State player at Northwest Catholic (CT). He has a knack for scoring. Elite range and creativity with his jump shot. 3.6 gpa

Jared Flaks (2023)  6-0, 175 lbs, point guard (from West Hartford, CT) - Flaks is the AOF team captain He is crafty, makes plays for others. Flaks has a strong point guard’s understanding of the game. Pass-first guard who wants to run and execute offense. He also makes shots consistently. 3.6 gpa

Banks Monin (2023)  6-0, 175 lbs, shooting guard (from Atlanta, GA) - Monin is a shooter, that is both tough and competitive. He can get hot and make threes in bunches. Exceptional attitude.

Christian Moore (2023) 6-6, 215 lbs, wing (from Pasadena, CA) -. Moore is a big wing who is versatile. He has a nice jumpshot, and can go by defenders with ball handling ability. A difficult matchup to guard. Offers from Army, Navy, and Central Connecticut and lots of interest from other colleges.

Thomas Prendergast (2023) 6-4, 200 lbs, swing (from Bayport, NY) - Prendergast is active, versatile, and guards every position very well. He has long arms, which he aids him in being an active rebounder and strong finisher at the rim.

Blake Smith (2024) 6-3, 175 lbs, small forward (from Pleasantville, NY) - Smith is an elite athlete, who rebounds beyond his area and defends at a high level, he blocks shots and finishes strongly at the rim. He is consistently improving his jumper and is highly coachable. 3.5 gpa

Melvin Weaver (2023) 6-3, 185 lbs, wing (from Farmington, CT) - Weaver is a strong and athletic. He makes his jump shots and finishes well. He is a versatile wing who can guard the basketball.

Ben McFarland (2024) 6’3 guard (from New Hampshire). McFarland has good positional size and is a good shooter.