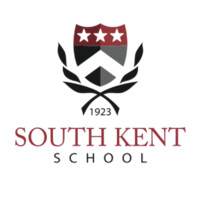 South Kent School is an all male boarding school, founded in 1924 and located in Litchfield County, CT. Over the years, It’s basketball program has been uber-prolific in producing high level college prospects. Head coach Raphael Chillious returned last year for his second stint as Director of Basketball and Prep Basketball Head Coach. Coach Chillious’ first term at South Kent was from 2003-2008, during which time he was the architect of South Kent’s basketball program and the driving force behind its rise to national prominence.  In between his SKS runs, he developed a reputation as a tremendous recruiter and assistant coach at University of Washington, East Carolina, Villanova and UCONN.

Last year, in Chillious’ first nonCovid year back, SKS made it into the National Prep School Championship tournament. The program competes as both a NEPSAC AAA team and as a member of the very high level New England Basketball League. Now, with full year of nonpandemic-hindered recruiting, Chillious will likely have one of the deepest rosters in school history. So deep, the program will field two college prospect laden teams.  Accordingly, college coaches will find this fall’s Open Gym schedule to be a full smorgasboard offering of talent, as shown below.