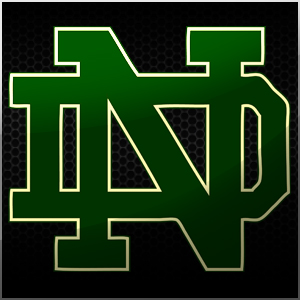 Notre Dame West Haven (CT) runs a post graduate program to prep college basketball prospects. The team competes in the Power 5 AAA Conference and is coached by Nick DeFeo.  They are running an Open Gym schedule this fall, and encourage college coaches to attend. The profiles on their roster of players for the 2022-23 season are shown below.

#2 Walter Andrews (2023) 6’3” Guard - Andrews is a powerful guard with great athleticism and strength. He possesses the ability to run and manage an offense as a lead guard facilitating and using his voice to help the team operate. He gets to the rim with power and is able to finish well above the rim. Very capable shooter from 3 and continuing to improve. Defensively is where Walt showcases his ability and strengths. He is physical, quick and rebounds extremely well for a guard. He has the tools to play at the Division I level.

#10 Quentin “Que” Duncan (2024) 6’5” Guard - Duncan has high major positional size at 6’5” playing the guard spot. He has tools that are unable to be taught in terms of his feel and touch along with a high IQ. He possesses the ability to handle the ball and run an offense when needed. He scores the ball very well and shoots the 3 at a high rate. Defensively, Que is continuing to be physical and make strides using his voice. The weight room has been an asset and the growth as a leader will continue. Currently recruited at the high major level. He already has offers from Fairfield University and Florida International.

#0 Bryce Hawkins (2023)  5’10” Point Guard - Hawkins is a true point guard with great ability to use his quickness to break down defenders and defenses as a whole. His shiftiness allows him to get into the paint and finish at the rim or find shooters for open 3’s. Defensively Bryce uses that quickness to stay in front of other quick guards and cause havoc with deflections and steals. 3.3 GPA and played in the NIBC with Legacy in South Carolina. Bryce will be a great scholarship level guard.

#11 Tra’Shawn Reynolds  (2023) 6’3” Guard - Reynolds is a long guard from NY with elite level defensive skills. Tray uses his wingspan to create problems on the defensive end for opposing teams and also rebounds very well for a guard. Offensively, Tray knocks down the 3 well but is at his best when attacking the rim. Big time athlete who can finish well above the rim but also can facilitate finding others. Will be an under the radar guard this season.

#1 Josh Santiago (2023)  6’4” Small Forward - Santiago is another impressive athlete on the roster with the ability to finish well above the rim. Very skilled at 6’4” and has great touch on his shooting release. Josh is continuing to add muscle to be able to play physically at a high level. Capable defender that also protects the rim and rebounds well.

#14 Andrew “Drew” Soltis (2023)  6’5” Forwar - Soltis has been hindered by knee injuries over the course of the last 2 years. Finally healthy, Drew has come into his own as a basketball player finishing well around the rim and showing range from 3. Defensively, Drew is physical and rebounds at a high rate. If he can stay healthy, he will have a very good season.

#3 Ty Staples-Santos  (2023) 6’1” Point Guard - Staples-Santos had a well-known career at Kolbe High School and he will continue that in the prep ranks. Tremendous feel and IQ for the game will help him adapt quickly to the speed of the prep level. He has the ability to score from all 3 levels along with facilitating as a point guard. His best asset might be on the defensive end where he is a ball hawk. Applies great amounts of pressure to opposing ball handlers that lead to mistakes.

#23 Jalen Sullivan (2023) 6’5” Forward - Sullivan is unfortunately out for the season with a torn ACL and MCL from the summer live period. Jalen has a smooth stroke from the outside which stretches the defense. At 6’5” he rebounds well and causes some mismatches on the offensive end. Jalen will be able to bounce back and help out a college program in 2023-2024.

#5 Jakari “Kari” Tertulien (2023)  6’3” Guard - Tertulien has a terrific feel for the game and it shows in finding his teammates for open shots. He handles the ball very well and is capable of running the offense when needed. Sneaky athleticism will show he can get well over the rim and has a nice shooting touch. Defensively is where he shines adding more pressure as the game goes on. He has a knack for competing and doing whatever it takes to win.

#4 Chris Vega (2023) 6’2” Shooting Guard - Vega is a knock down shooter with good athleticism. His ability to work and spend hours in the gym are only going to benefit him moving forward as a basketball player. Defensively, Chris pressures the ball well and uses his hands to cause issues for the offense. A 3.2 GPA from high school, Chris will be a terrific addition for any D3 program.