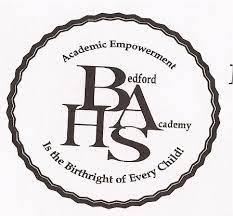 Bedford Academy is located on Bedford Avenue in Brooklyn. Bedford Academy’s graduation rate nears or meets 100% every year. In addition, 98% of the graduating seniors enter into two and four year Colleges/Universities. They offer a rigorous pre-College/University experience which emphasizes our five majors: Pre-Engineering, Pre-Med, Pre-Law, Pre-Education and Liberal Arts.

The Panthers varsity basketball team competes in the PSAL Brooklyn A VI conference. Head coach, Rob Phelps says their college basketball prospects will be ready to play at the next level and will also be academically ready.

Josh Naklen (2024) 6’0 point guard - Naklen can score at every level and can run a team. Coach Phelps says that Naklen is one to watch and that he will be one of the top players in the City. 3.0 gpa

Ethan Jacobs (2023) 6’4 wing - Jacobs can score and rebound his spot. He runs the floor very well and makes plays around the basket. 3.5 gpa

Caulb Crosby (2024) 6’3 guard. Crosby is a shooter who can make shots from the perimeter and has a very high basketball IQ. 3.5 gpa

Bedford Open Gyms this fall is at PS 3, 50 Jefferson Avenue, Brooklyn. They start on September 30, and will be on Mondays , Wednesdays and Fridays from 5:30pm - 7pm