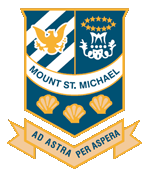 Mount St Michael is an all-boys Roman Catholic high school in the Wakefield neighborhood of the New York City borough of the Bronx, bordering the city of Mount Vernon in Westchester County. Their boys varsity basketball team competes in the AA Division of the CHSAA. The team is coached by the veteran Thomas Fraher and his assistants Tom McKenna and Anthony Doran. The fosects running in their Fall Open Gyms are profiled below:

Izaiah Milan (2023) 5’10 guard - One the top defensive guards in the CHSAA. Looking to make his mark on the league in his senior campaign. Has a GPA of 3.9.. Pursuing Ivy and Patriot league opportunities.

Kelvin Collado (2023) 6’5 forward - An improved rebounder for the Mountaineers, he has proved his midrange & outside shot. Should be a triple threat for them. Will be major this upcoming season. Currently being recruited by Division II schools.

Jayport Smith (2024) 5’9 guard - Jayport moved up to the varsity mid way through his sophomore campaign and was huge in some big wins against Stepinac & Scanlan. He is one of the best defensive guards in the CHSAA and with improvement on his jump shot, he’ll be making his mark this upcoming season.

Elijah Williams-Rivera (2023) 6’6 forward - Has the most upside on the roster. He has not scratched the surface. He will be the X-Factor for the Mountaineers this upcoming season. If he plays with a high motor this year the Mountaineers will surprise a lot of people.

Antwon Katako (2024) 6’5 small forward - From the Wakefield area of the Bronx, has improved and will be a force inside and out for the Mountaineers. Last year playing JV, he was the team’s second leading scorer. And with his improvement on his body (down to 212), he’ll be doing a lot on the court this upcoming season. Just recently received MVP in THe Preview Preseason Showcase event with a win over Canarsie.  Very strong body. Average mid range shooter. Able to guard bigs in the post. Good footwork, needs to finish around the rim better.