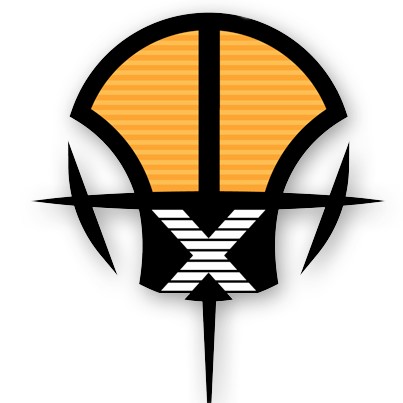 Below are the profile links for the college prospects playing for DTX Basketball in the 2022 Fall season: In addition to their weekend AAU tournament play coaches can also attend the their Open Gym practices.

Matt Amarante – 2023, 3-point sniper, terrific size at 6’4.  He’s able to use his strength to back down defenders and drives to the basket with aggression.

Brandon Fowler – 2024, 6’ 1 Guard who relentlessly pushes the ball up the court and creates open looks for teammates. Solid rebounder for my size and can guard bigger players.  He uses his quickness and shot-making ability to score in the paint and behind the arc. He’s a gym rat!

Najimi George – 2024, Najimi is a 6’3 Guard, 3 Level Scorer.  He’s very long and athletic, plays above the rim.  He’s able to guard 5 positions and is working to get stronger.  Naj is one of the best players in the state of Connecticut with a bright future ahead of him and the potential of a scholarship player.

David Melson – 2024, 6’4 shooting guard who can shoot off the catch, off screens, and on the move. He’s able to create his own shot as well, getting by the defender and uses his floater.  At 6’4 he’s able post up smaller guards and take out bigger players to the perimeter.  Solid passer, with good help side defensive instincts.  Solid teammate and a gym rat.

Jack Plesser – 2023, 6’4 guard, Jack is a quick guard who uses his length and reach, to his advantage. As well as being a strong defender he regularly blocks shots. Jack can get to the rim quickly and finish strong. He uses his speed to get down the court, he can pull up on a dime for floaters in the lane, knock down mid-range jumpers and stretch the floor with three-pointers. Jack is an aggressive rebounder on both sides of the court.  A must-watch high academic target!

Sean Racette – 2023, Terrific size at 6’2 for a point guard - Terrific court vision and can handle on-ball pressure.  He’s plays on both sides of the ball. He’s able to guard 3 positions and can light up the scoreboard when needed.

Tommy Scholl – 2023, 6’3 wing who plays bigger than his size.  Tommy is primarily at the SG and SF positions. Tommy is a strong 3-point shooter and has the ability to defend the post and grab rebounds at a high rate. Tommy has the intangibles on the court: taking charges, defending pick and roll with a hard hedge, and recover. Tommy prides himself on his hard work ethic both on and off the court. Tommy is an exceptional teammate with the greatest attitude.

Colin Vigeant – 2023, 6’2 guard who can guard multiple positions.  He’s a high-IQ player with the ability to score from anywhere on the floor.  He’s a solid defender with length and understands situational basketball plays.  Fundamentally sound and disciplined.  High academic target with a 3.95 GPA.

Aidan Copeland – 2023, Aidan is a high-academic, high-motor on-ball defender who can wear down opposing guards over the course of a game. He has a high basketball I.Q. and takes multiple charges per game. Offensively, he’s a consistent threat from beyond the arc and gets in the lane to facilitate plays for others. He plays with great pace and is always looking to push the ball in transition. Copeland is a high-character guy who pushes himself and others to maximize their potential both on and off the court, and he has the characteristics ideal for creating a winning culture.

Matt Domenichelli – 2024, Traditional big man at 6’6 who rebounds and blocks shots.  He’s a versatile big man that can pick and pop, post up, and finish with a jump hook.  Matt has a high motor and is always active on the floor.  He’s working to extend his range on the floor.

Brian Elmo Jr – 2024, combo guard who can shoot and defend efficiently, handle the ball, and get into the gaps. Quick feet allow him to specialize in on-ball defense, a solid ball handler under pressure. He can create his own shots and set up other teammates for open looks. Solid stamina and can run the court well, also constantly moves without the ball.

Jake Fiorita – 2023, is a combo guard with a terrific 3-point shooting ability.  Jake is athletic and can defend bigger players. He can be very difficult to defend attacking the basket.

Ben Miller – 2025 Miller is an exceptional shooter from anywhere on the court. He is able to make plays off the bounce for his teammates. Ben is an elite 3-level scorer who can get a bucket for the team when he needs to.  He gets his teammates involved throughout the game. Excellent in transition. Gritty defender and the definition of a gym rat.

Aston Sylvester – 2023, 6’3 high academic prospect.  As a player, prides himself on creating shots for his teammates, whether it is off the dribble assists, a quick swing, or setting a screen. He can create and get my own shot at all three levels. Defensively, he’s constantly talking and is typically the loudest guy in the gym.  He doesn’t back down from guarding the other team’s best player. Above all, Aston possesses an immense work ethic, always hustles, and leader on and off the floor.

Conner Parkes – 2024, 6’0 guard with tremendous potential.  Quick guard that can do a little bit of everything.  Uses a long wingspan to rebound and a quick first step to get by a defender.  He’s a knockdown shooter, on and off the dribble.  As a defender does a good job at cutting off the angles. He’s working to be a pure point guard, that will thrive off the pick-and-roll opportunities.

Mason Pratt – 2023, 6’0 physical power guard. Mason is a physical swingman with a forward’s strength and a guard’s skills. He’s an aggressive rebounder with great ball instincts, uses his body well, and can guard any position. He’s always the toughest player out on the floor.

Caleb Baldwin – 2023, 5’8 Pure pass-first point guard, that can defend the ball and is tough to screen. He has a good mid-range jumper.  He’s a floor general who can run the offense, run the pick and roll well, and find the open man.  He’s a pure hooper with a terrific disposition and work ethic.

Amir Clemons – 2023, Multi-dimensional player with the ability to play all 5 positions (high school level) at a high level and adapts to any situation.  At 6’3 stretch will likely be a wing at the next level with point guard skills.  He makes everybody because he’s very unselfish with the ball but can score when needed.

Joey DiMarco – 2024, 6’2 shooting guard- A hardworking player and a student of the game with a High IQ and disciplined. He’s a team player and puts my teammates before himself.  A terrific addition to building a winning culture.

Colin Francisco – 2024, guard, A hard worker that will do whatever it takes for my team to win, can score at all 3 levels, and always give 100% effort.  A solid shooter and is willing to do the dirty work to help his team win. Jack is an energy and effort player with solid on-ball defense and a solid weak side help defender. He sets solid tuff screens and is a terrific communicator on the floor.

Oliver Irving – 2025, 5’10 guard, Lefty point guard with a high basketball I.Q.  He stands 5’10” but can really attach the rim.  Needs to be more consistent from the perimeter but he can really lead a team.  Not afraid to mix it up inside and attack bigger stronger defenders.  Excellent pass-first point guard that sets up his teammates.

Aidan Licata – 2024, 6’2 guard, is a long and lanky player with a basketball body.  He has long arms with great reach.  He stands at 6’2” with a 6’5” wingspan.  He can shoot the 3 and attack the basket.  Needs to play tougher in the post but he is an athletic wing.  He can defend multiple positions and has a high basketball I.Q.

Ryan Lamothe – 2026, 6’2 guard, an athletic wing that has improved his jump shot.  He is used to playing the post but has recently transferred his skills to the guard position.  He has exceptional leaping ability, can play physical and is extremely coachable.  Once he develops his jump shot, he will be a scholarship player.  Very young and still learning the game and played 17u as an 8th grader.

Sean Wilson – 2026, 6’1 guard, Sean is a strong left-handed guard that can play multiple positions.  He can post and handle the ball.  Needs to develop a better jump shot but he is young.  Very strong body and physical player.  Huge upside with scholarship potential.