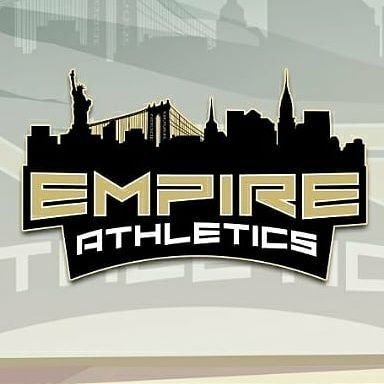 Empire Youth Athletics is directing college and prep school coaches to focus on the following college-ball worthy Class of 2023’s who are currently uncommitted:

Malachi Moore 6’4 guard, Copiague High - Malachi is an extremely hard worker and is very dedicated to his craft. Malachi is Very strong and can finish at either hand around the rim. He has improved his 3 point shot which makes him a legit threat and can score it at all 3 levels. D2’s and D3’s have been on Malachi as of late. 4.0 GPA.

Frank Wilson 6’5 small forward, Hills West High - Frank plays with a chip on his shoulder and with an energy that is unmatched. He finishes above the rim and has improved his handle and jump shot tremendously. He loves to compete and will excel at the next level. Frank plays with a High motor and relentless approach to the game. Getting D2 and D3 interest.

Mike Samuda 6’0 guard, Bay Shore High - Mike is the floor general and plays at his own pace. He is a shifty, strong, and smart guard who makes the right plays and controls the game’s tempo. He is also a pest on the defensive end that will guard you 94 feet the entire game. Shoots it from 3 very well and has mastered the pick and roll game.

Kazmin Johnson 6’6 small forward, Hampton Bays High Kazmin is an ELITE athlete who is a monster in transition and finishes way above the rim. He uses his length to block shots and guards well on the perimeter. He can score off the dribble and has improved his 3 point shot making him really tough to guard. Kaz plays with an extremely HIGH motor. D2 and D3 interest.

Drew Feinstein 6’2 guard, Mt. Sinai High Drew is another big time athlete. He can score the ball at all three levels and continues to get better and better. Drew is a highlight waiting to happen whether it’s his dunks or his big time passing abilities. He has a high IQ for the game and loves to compete. D2 and D3 interest.

Derrek Schecter 5’10 guard Mt. Sinai High Derrek is a tough nosed guard who won’t back down from anyone. Plays smart and shoots it with confidence and consistency from deep 3 point range. Will guard you 94 feet and make the right plays on both ends of the floor. D3 interest.

Tyler Kuhn 5’11 guard Deer Park High Tyler is a tough, crafty, and shifty guard who loves to get into the paint and create shots for himself or his teammates. He has improved his 3 point shot which makes him tougher to guard. He’s disciplined, he’s hard working, and he’s reliable. These are all important characteristics for your PG. Looking for a breakout year this HS season. D3 interest.

Matt de Fazio 6’4 wing, Chaminade High - Matt is a program guy. He will do the dirty work and more. He loves to be physical, set screens, and can also spread the court and knock down the open 3. He spreads the floor and has a high IQ for the game, always making the right reads. 4.0 GPA.