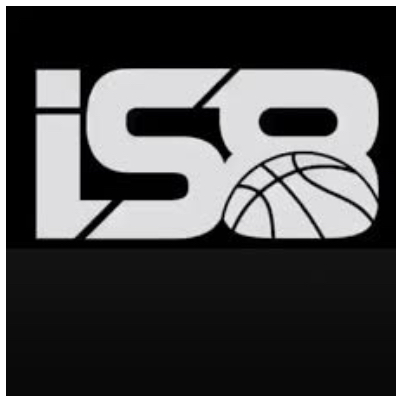 On Saturday,October 21, RecruitTheBronx.com paid a visit to Intermediate School 8 in South Jamaica, Queens for championship day of the IS8 Fall League. On this date, there were four teams playing, Rundown, Killa Dawgs (comprised of players from Thomas Jefferson High School Campus), Beacon Elite and Team Long Island. In the end, it would be the LeFrak City-based Rundown winning it all and capping a successful fall league season. Here are the standouts from Saturday’s games:

Taj Bryant 6-2, Shooting Guard, Eagle Academy II, Rundown, Class of 2024 - A guard with the ability to make his presence felt when on the floor. Has a penchant for driving to the basket and finishing with strength. Has the ability to take on the opposition with his dribble. Has the ability to shoot from the perimeter.

Markell Alston 6-1, Point Guard, Christ the King High School, Rundown, Class of 2025 - A guard that is always ready to battle when on the floor. Is a dangerous shooter when he’s on the three-point range, especially when he is not being heavily-guarded. Is able to obliterate the opposition with his scoring, especially when he’s driving to the basket. Is able to absorb contact when he’s going to the basket & is a solid finisher.

Brandon Williams 6-7, Forward, Christ the King High School, Rundown, Class of 2023 (UCLA commit] - A forward that holds his own when he’s on the court. Is able to maintain his presence when he’s on the floor and will showcase his skills in a variety of ways. Has the opportunity to put the ball on the floor & distribute the ball to his teammates. Is able to play above the rim when he goes up for a dunk.

Shay John 6-7, Forward, Forest Hills High School, Rundown, Class of 2023 - A forward with a long wingspan and plenty of strength in his game. Has a penchant for establishing his presence in the low post area. Has the ability to block or alter shots while on the defensive end. When on the offensive end, he is prone to throwing down powerful dunks or finishing at the basket with outback layups.

Eric Acker 6-1, Point Guard, Eagle Academy II, Rundown, Class of 2023 - A guard that has plenty of speed in his game. Sees where his teammates are going at all times and will always look to give them the ball when the right opportunity arises. Is a player that can create for himself off the dribble. Is able to create for himself off the dribble and is a solid finisher at the basket. Is a solid defender, as he is able to obtain steals by picking off passes from the opposition.

Connor Sprattley 6-0, Shooting Guard, Thomas Jefferson High School Campus, Class of 2025 - A guard that provides plenty of energy when on the court and is always ready to make an impact when on the floor. Is able to make tough drives to the basket and is a great finisher in the lane. Has great passing instincts as he is able to hit whomever is open with a pass, which often ends in a successful possession.

Tristan Davis 5-9, Point Guard, Thomas Jefferson High School Campus, Killa Dawgs, Class of 2025 - A guard that has plenty of youth but is wise beyond his years and boasts plenty of maturity on the court. Knows when to use his quickness or when to slow down the tempo whenever he has the ball in his hands. Is great at distributing the ball to his teammates and putting them in the right position to score.

Anthony Isaac 6-5, Forward, Thomas Jefferson High School Campus, Killa Dawgs, Class of 2023 - A forward that has the ability to be very mobile in the post and finds a way to stand out in the post. Has great footwork and uses that as a way to move around in the paint. Is able to obtain rebounds and is a force when establishing himself on the boards. Is able to use hook shots & floaters in the post area when scoring.

Frank Wilson 6-5, Forward, Half Hollow Hills West High School, Team Long Island, Class of 2023 - A forward that has the ability to play three positions on the floor as he has plenty of versatile skills. Is able to put the ball on the floor and drive to the basket with ease. Is fearless when going to the basket and going up against the opposition. Brings plenty of energy when on the floor.

Patrick Burke 6-7, Forward, Smithtown West High School, Team Long Island, Class of 2023 - A forward that is solid at his position and always rises to the occasion when the opportunity presents itself. Is very strong and is able to establish his presence in the low post and in getting rebounds. Has good hands, as he is prone to blocking shots. Is able to hit floaters and can go up strong in the low post.

Joshua Pascarelli 6-1, Shooting Guard, St. Francis Preparatory High School, Beacon Elite, Class of 2023 (Marist commit] A guard that has plenty of speed when on the floor and is always ready to fill the lanes. Is able to slice and dice in the lane past the opposition. Is able to absorb contact when driving into the lane. When not heavily guarded, he can take advantage of the opposition.

Tyler Michel 6-1, Shooting Guard, St. Francis Preparatory High School, Beacon Elite, Class of 2024 - A guard that has plenty of poise and fearlessness when on the court. Loves to drive to the basket and can absorb plenty of contact when going up for two. When in the long range, he is able to drain shots with a fluid shooting motion and a nice release. Never ceases to take advantage of an opportunity on the court to score.