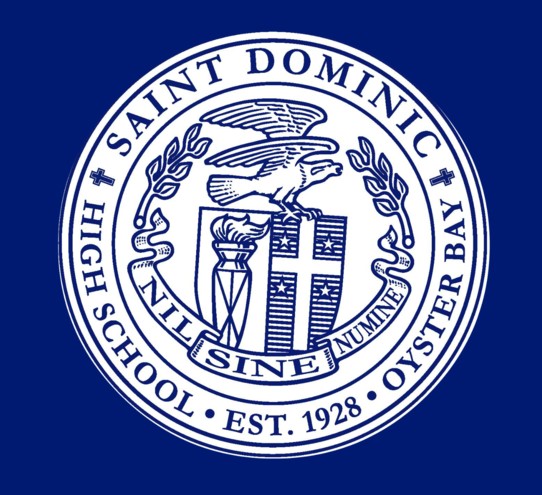 Saint Dominic High, located in Oyster Bay, Long Island, is a college preparatory co-ed catholic high school. The boy’s varsity team competes in the NSCHSAA and is head coached by first-year Isaiah Wilson. Wilson is an 2015 alumnus of Saint Dominic and is a Director of the Heat Elite AAU program.

Christian Thomas (2025) 6’4 Small Forward- Played JV last season and does all the little things that help teams win. Christian has an excellent nose for the ball and is sneaky athletic with his explosive first step. He is expected to be a significant contributor to the Bayhawks this season.

Aidan Kolb (2023) 6’0 Shooting Guard- Lights out shooter, a natural-born leader. Plays with a chip on his shoulder. Led the team in three-pointers made last season. Aidan lets it fly from all over the court.

Fabian Wheatley (2024) 5’11 Point Guard- Started some games last season at point guard. Skilled guard that can defend 94ft and has an explosive first step to the rim.

James Limongelli (2023)6’2 Forward- James had some starts as a junior last season, a solid rebounder who does all the little things.

Jaden Vieux (2023) 5’11 Point Guard- Had some starts last season, expected to be a key contributor this season for the Bayhawks. A tenacious defender that can knock down open shots. Jaden does all the little things a coach can ask for.

Liam Toner (2023) 6’0 Combo Guard- Saw some action in games last season. Toner does a little bit of everything on the court. He is a quiet leader that holds everyone accountable. Toner can shoot the ball at a high clip.

Anthony Sciotto (2023) 6’2 Forward. Played JV last season due to injuries. Strong bruiser inside that has a good body frame and rebounds the ball well.

Costa Gizas (2023) 6’3 Small Forward- Sat out last season due to transfer rules. A lefty that can stroke it from deep and is comfortable playing on the perimeter. He can get to the rim at ease as well.

Adam Jerome (2025) 6’4 Small Forward- The husky wing is a natural-born leader in this Bayhawks squad. He is a point forward that serves as a secondary ball handler. Adam is at his best when attacking the rim in transition and setting screens for his teammates. Adam is also great at guarding the rim.