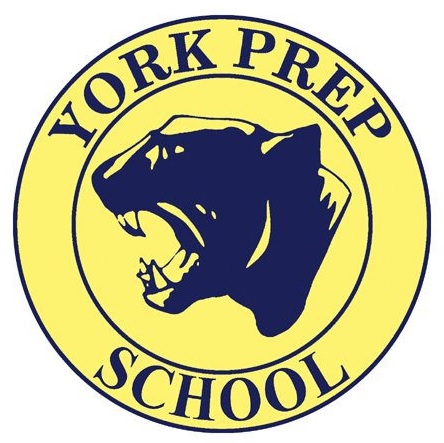 York Preparatory School located on the Upper West Side of Manhattan, is a co-ed college preparatory school. The boys varsity basketball team is head coached by Brian Shure (3rd season), and he is assisted by Nick Turi (3rd season), as well as graduate assistant Griffin Reische (2nd season). The team is the reigning, undefeated Independent School Athletic League Champions, and the NYSAIS Class C State Champions. Despite the need to replace the majority of last season’s production due to the graduation of eight seniors, the Panthers will have as deep a roster as they have ever had. The seven returning players have all made big leaps in development, and many exciting pieces were added to the mix. York will enter the season looking to build on the fourth longest active winning streak in New York State (16 games).

Shane Fisher (2023) 5’8 point guard (team captain)- Starting since freshman year, Fisher is a commanding floor general and the lone returning captain from last season. His court vision and playmaking ability continually put his teammates in position to be at their best. After a highly successful junior year, he is looking forward to an even better senior season. Fisher’s character and work ethic, both on and off the court, make him the perfect role model for his teammates. 3.5 gpa

Jacob Hume (2023) 6’0 small forward (team captain) - Jacob Hume, better known as “Board Man” for his rebounding prowess, made the most of his increased minutes down the stretch last season. He is an excellent leader and an instrumental piece on defense. The epitome of a “glue guy”, Hume does all the little things which don’t always show up in the box score. He will undoubtedly be an important part of the Panthers’ success this season.

Jonathan Hume (2023) 5’11 shooting guard - Doing his best with limited minutes last season, Jonathan Hume showed he is one of the most versatile players on the roster. He can shoot it, get the rim at will, plays tough defense, and is an excellent rebounder. His strengths are an excellent fit for the way this team wants to play
and he will be counted on for an increased role as a senior.

Dylan Freedman (2023) 5’11 shooting guard - As a junior, Freedman proved to be one of the team’s best shooters. With some starters injured early last season, he played an important role in keeping the team afloat. Now as a senior, Freedman is ready to become a larger part of the Panthers’ plans, as he will be relied on to make
consistent contributions on both ends of the floor this season.

Ron Kullashi (2025) 6’0 shooting guard - Kullashi was asked to grow up quickly as the team’s only freshman last year, and he certainly responded. Forced into a big role due to injuries, Kullashi proved he belonged right away, earning the nickname “Ronnie Buckets”. A lights out shooter and the ultimate gym rat, his vital role on the team will continue due to his strong work ethic and focus on developing his skills. Kullashi’s growth over the next few seasons, especially as a leader, will be fun to watch. 4.0 gpa

Hayden Gere (2024) 6’4 center - Gere could be one of the most improved players on the roster. Using last season as a learning experience, he worked hard this offseason to develop his skills. Gere will be a player to keep an eye on as his game continues to progress this year, as his size could present a problem for opposing teams.

Max Ehrlich (2024) 6’2 small forward - Sitting out all season due to injury, Ehrlich will do his best to get up to speed this year. If fully healthy and physically fit, Ehrlich could be a very promising piece. His court vision, shooting, and playmaking ability are a rare combination for a player his size at this level, and could present some advantageous matchups for the Panthers.

Taylor Perlmutter (2023) 6’1 combo guard (captain) - If the Panthers are going to continue building on their newly found success as a program, Perlmutter will be a big reason why. Adding new seniors is certainly rare for York, but Perlmutter’s addition will help ease the transition of losing eight seniors. While his basketball acumen will be of highest concern to Panther fans, the school is more delighted with his 4.0 GPA, perfect attendance record, and high level character. He will be expected to come in and assume a leadership role right away.

Daniel Turner (2025) 5’8 shooting guard - The York coaching staff knew Turner would be an intriguing piece for this year’s team, but the early results are very promising. He has already shown he can do a little bit of everything and while time will tell, he could certainly carve out a large role this season, and grow into an even bigger piece by next year.

Harlan Auerbach (2023) 5’9 point guard - Auerbach is an exciting player due to his high basketball IQ. He makes great decisions, is a tremendous passer, and plays tough defense. Still getting back in game shape after spending a couple seasons away from basketball, York’s coaches couldn’t be happier to have him on the roster.

Harrison Geiling (2024) 6’1 shooting guard - Geiling joins us this season after playing JV last year. His ability to shoot the ball has been on full display during early workouts. It will be interesting to see how the rest of his skills translate as he gets comfortable at the varsity level, but there is a lot of excitement on what he can bring to this team, both this season and next.

Julius Oltarsh (2024) 5’11 combo guard - Oltarsh also joins the varsity this year after a season on JV. His playmaking and ability to drive could end up being very useful for the Panthers. While York will count on him to be a bigger contributor in future seasons, he will certainly be putting in the work to establish a role on this year’s squad.

Kenneth Reyes (2026) 5’9 combo guard - Reyes is a high character player with a bright future. While it may be difficult to carve out a large role this season as a freshman, the ceiling is extremely high. Reyes will learn behind more experienced players this season, knowing the Panthers will be counting on him to become a key contributor very soon.