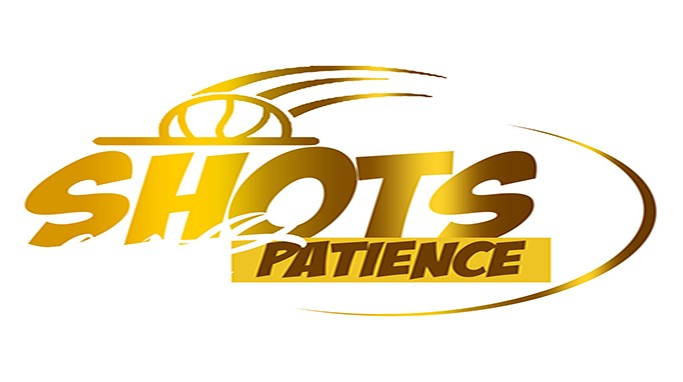 Shots with Patience Prep is a sports specific preparatory school located on Long Island, NY. Their aim is to help young men achieve a quality education and an elite level athletic experience at an affordable cost. The program has its roots in the Team Underrated Basketball Academy. The program is led by Team Underrated director Andre Edwards, a valuable community member and a staple in the Long Island tapestry of AAU basketball. Over the years, Coach Edwards has given countless student-athletes the platform to show off their basketball powers and procure college scholarships. The mentality behind his actions is “Everything we do now doesn’t matter, but what matters is what’s at the end of the finish line.” Where “the finish line” is landing a spot on a college team. Affectionately known as “Dre”, Coach Edwards not only gets his athletes looks from the college coaches, he takes them to the schools in his own car, to make sure that they have successful visits.

Shots With Patience Prep is on the rise in the Tri state area. They have a great mix of quality prospects who have been turning heads every time they touch the floor. The front line players are as big and skilled as most high level prep school programs. The guard play has been comparable to most of the NEPSAC level programs. The team plays a highly competitive schedule against many top programs in order to maximize their recruiting potential. That includes co-hosting their own February Fallout event. Their home games are played at The Mitchell Athletic Complex.

Here are the college prospects on their 2022-23 roster:

Rome Lucky Jr. (2023) 5’10 guard - Lucky is a pure point that can score the ball. He’s a stat stuffer and is going to do all the little things to help give his team a chance to win. He is scrappy, quick, and plays with a lot of energy. Lucky has a good mid-range jump shot and can shoot the 3.

John Tinch (2023) 6’3 guard -Tinch is a long and athletic combo guard, more of a shooter 1st. He has a good handles, can shoot the three, has a quick 1st step. He can finish at the basket With either hand. Tinch’s ability to shoot the three gives him many options to score the ball.

Tisean Edmonds (2023) 6’5 wing -Edmonds is a long and lanky wing, that is super athletic. With his length, he has the ability to defend all five positions on the floor. He runs the floor well, can get out and hit the 3, put the ball on the floor and score in traffic. Edmonds plays with a lot of energy.

Aidony Nivar (2023) 6’2 guard - Nivar is a big, aggressive guard that attacks the basket using either a high or low ball screen. This allows him to penetrate to the basket or pull-up for his smooth mid-range jump shot. He scores from everywhere on the floor (including dribble drives, ISO’s and 3pt shots). He is also a good rebounder.

Bumi Tutt (2023) 6’5 small forward - Tutt is very active setting high ball screens for the guards on the perimeter. He a very good 3pt shooter, who will slip screens for open shots or drives to the basket. He can handle the ball on the perimeter, and he rebounds well

Savion Smith (2023) 6’2 guard - Smith is a very quick guard, and arguably SWP’s best defender. He can also score the ball; he’s a shooter and driver with a deceptive handle and is super athletic.

Jaylin Maysonet (2023) 6’5 wing - Maysonet is a long lanky wing, and is super athletic, underrated wing. Offensively, he runs to his spot on the floor to set screens, or will slip screens to the basket for a lay-up. His length and athleticism allows him to get blocks and rebounds. He can also stretch it out hit the 3.

Unique Hicks (2023) 6’1 guard - Hicks is a scorer who will play a lot of point guard. He can handle the rock and excels offensively when he’s in an ISOsituation. He can score on either side of the basket, and has a tendency to make off balance shots. He super quick and very athletic. Hicks is a stat stuffer.

Machi Plummer (2023) 6’5 forward - His an underrated athletic big that plays with a lot of energy. He likes to power his way to the rim, and he can use post moves to navigate his way to the basket. He is extremely aggressive, and craves contact. He rebounds very well and runs the floor like a deer. 3.2 gpa

Jaidaun Narcisse (2023) 6’8 center Narcisse is SWP’s youngest player. He’s a 6’8 athletic big that is still learning the game while practicing and playing at a high level. He has very large hands, big body that creates space, and runs the floor well. The best is yet to come with this young man.

Mycah Lambert (2023) 5’8 point guard - A high IQ and high academic athlete, who comes from a family of professional basketball players. He scores and makes plays for his teammates.