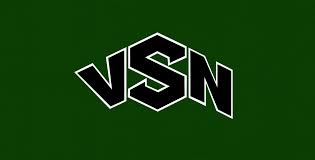 Valley Stream North High is a combined public junior and senior high school located in the hamlet of Franklin Square, New York in southwest Nassau County on Long Island. Valley Stream North High School is one of three high schools in the Valley Stream Central High School District. The boys varsity basketball team has social media pages on Instagram and Twitter. The team’s coach is Mike McVeigh Below are the profiles of his 2022-23 players in the expected nine man rotation.

Dominic Obukwelu (2024) 6’3 guard/forward - Selected all conference last season as a sophomore. An athletic wing who can knock down the three, impact the game on defense and make plays for others. Dominic played on the Nassau County BCANY team this summer and made the Nassau County Alzheimer’s game in the fall. Look for Dominic to lead the Spartans this season on and off the court.

Jalen Harrison (2024) 5’10 point guard - Jalen returns to Valley Stream North after spending last season at Christ the King. Look for Jalen to control the tempo and lead the Spartans offense this season. This shifty guard can find his way into the paint, is lights out from three, and has a high basketball IQ displayed each time he is on the court. On defense Jalen brings a toughness where he will take charges and create havoc for opposing teams.

Danny Kosior (2024) 6’3 forward - Danny was pulled up from the JV mid-season last year. Kosior brings a relentless motor and will be all over the glass this season.

Padraig Behan (2023) 6’3 forward - Padraig missed the season last year due to injury. He returns as a stretch forward who can shoot the three and impact the game on the defensive end.

Jayden Rodriguez (2023) 5’10 guard - Knockdown three point shooter who will have a major impact on the offensive end this season.

Aaron Rodriguez (2023) 5’10 guard - Crafty guard who can finish at the rim and knock down shots. Look for Aaron to be a playmaker for the Spartans this year.

Christian St. Amand (2025) 6’2 guard - Christian spent last season on the JV team. Look for him to use his athleticism to find his way onto the court this year and have an impact in transition and on defense.

Zeke Morris (2025) 6’2 forward - Zeke spent last season in NYC. He brings a fire and energy to this team and will have an impact on the defensive end making plays and battling as an undersized big.

Anthony Kapusta (2024) 6’2 guard- Anthony spent last year on JV. He can really shoot it and has shown in the early season that he can make plays on both ends with his athleticism.