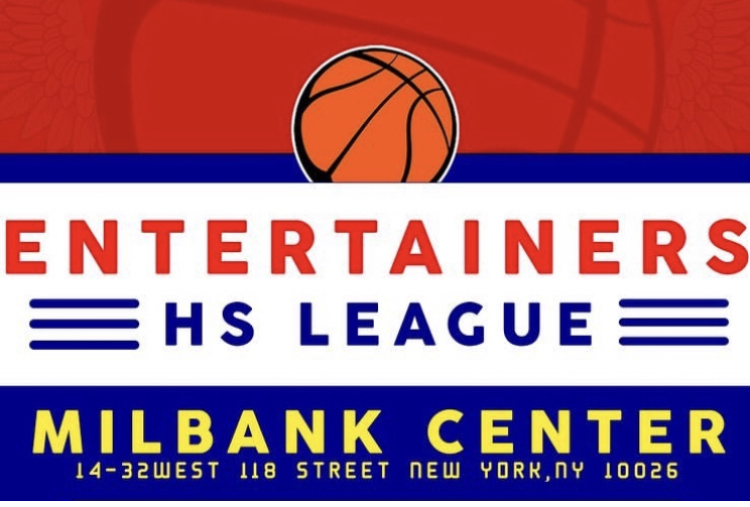 On April 14, RecruitTheBronx.com attended the first day of the Entertainers High School Spring League, which took place at the Dunlevy Milbank Center in Harlem. It showcased some of the finest players in the tri-state area. Here are the standouts from Sunday night’s games.

Justin Champagnie, 6-7, Forward, Bishop Loughlin High School, Goldmins, Class of 2019 - Champagnie showcases his strength, versatility and athleticism on offense. Has the ability to block shots and is not afraid of physical contact. Possesses plenty of toughness and is fearless when going up to the basket.

C.J. Riley, 5-8, Point Guard, Cardinal Hayes High School, Goldmins, Class of 2022 - Riley likes to run in transition and shoots at a high volume. Struggles sometimes with turning the ball over, but makes up with it with long-range shooting. Shows a bit of athletic ability at the point guard position.

Trent Lomax, 6-1, Shooting Guard, Eagle Academy (Harlem), Team Keynitt, Class of 2020 - Lomax plays with reckless abandon and energy. Looks to score at will every time on offense and can shoot from long range and also break down his defender and penetrate into the hole. Good at rebounding and getting tap-ins.

Alejandro Vasquez, 6-3, Shooting Guard, The Patrick School, Goldmins, Class of 2019 - A guard who likes to score. Dangerous long-range shooter. Makes good passes to teammates. Showcases plenty of athleticism when going to the hole. Is an aggressive defense. Has a good jumper from long range.

Kevin Dinkins, 6-2, Shooting Guard, Thurgood Marshall Academy, Team Keynitt, Class of 2020 - Dinkins is a tough, hard nosed defender that will stick with his man and uses his hands to get steals. Good at getting to the basket to score. Struggles with shooting.

Kayon Robinson, 5-7, Point Guard, Our Saviour Lutheran High School, Goldmins, Class of 2020 - A diminutive point guard that has flashy instincts and is lightning-quick when running up and down the court. He is also good at defending the opposition and getting steals, which lead to either assists or baskets.

Donta Davis, 6-3, Shooting Guard, Immaculate Conception High School (NJ), Topper All-Stars, Class of 2021 - Davis has plenty of athleticism in his game and is very alert when he’s on defense. Attacks the glass heavily and likes to run on the break. Struggles with finishing plays at the basket.

Elijah Harris, 6-6, Forward, Edward Reynolds/West Side High School, Topper All-Stars, Class of 2019 - Harris can jump out of the gym and is aggressive on both ends of the floor. Loves to go to the glass and is someone that can get much needed blocks and/or rebounds for his team. Attacks the rim with force.

Elijah Wynn, 5-11, Wadleigh High School, Topper All-Stars, Class of 2019 - A guard that is a true defensive stopper and competitor when he steps on the court. Loves to shoot from long-range and is a nightmare for the opposition when he’s left open on the perimeter.

Victor Konopka, 6-7, Forward, Don Bosco Preparatory School (NJ), Northeast Basketball Club, Class of 2019 - Konopka is a forward who can step out and shoot from long range. Is a big body that does whatever his team needs on the floor. Attacks the glass when in the low post and shows plenty of athleticism.

Owen McGlashen, 6-6, Forward, Don Bosco Preparatory School (NJ), Northeast Basketball Club, Class of 2019 - McGlashen has a good motor and looks to score and can get to the basket on many ways. Has a long wingspan and showcases his athleticism on offense. Has good hands on the defensive end.

Khalif Battle, 6-3, Shooting Guard, Trenton Catholic Academy (NJ), Northeast Basketball Club, Class of 2019 - Battle has an explosive first step and has a good jumper, but struggles with hitting it consistently, but is also efficient at getting to the basket and is a good defender. Puts in plenty of effort and energy when he’s on the floor.

Justin Winston, 6-6, Forward, The Patrick School (NJ), Northeast Basketball Club, Class of 2019 - Winston has plenty of finesse in his game and also a nice shooting touch, and can also hold his own in the paint. Is very physical when he needs to be, especially when grabbing rebounds and going to the basket and shows plenty of athleticism.

Anthony Marshall, 6-0, Point Guard, Brooklyn Democracy Academy, Terry’s All-Stars, Class of 2020 - Marshall is a crafty ball handler and scoring guard who looks to blow by defenders on the way to the basket every time he has the ball and is a good facilitator. Also possesses plenty of quickness and is a strong defender.

Dashawn Davis, 6-3, Point Guard, Our Saviour Lutheran High School, Terry’s All-Stars, Class of 2020 - Davis can make plenty of plays on the court. Has good court vision and has the ability to see a play happen before it actually does. Is a good facilitator as well as a hard-nosed defender.

Mahamadou Nimaga, 6-0, Point Guard, Wings Academy, Terry’s All-Stars, Class of 2019 - Nimaga has plenty of explosion and can attack the basket when given access to it. Has plenty of strength when it comes to rebounding and is lightning-quick getting back across the court on offense.

Tommy Thomas, 6-4, Forward, Wings Academy, Terry’s All-Stars, Class of 2020 - Thomas runs well on the floor with the guards, but also can make great plays on the defensive end by blocking shots and also grabbing rebounds amongst the bigs. Also has a good jumper from long-range.

Vernon Simmons, 6-4, Eagle Academy (Bronx), Debo’s All-Stars, Class of 2020 - Simmons is guard who has a lot of athletic ability and is fearless when going to the basket. Also has speed and agility, yet struggles with a jumper. Has a long wingspan and uses his length on defense . He can corral rebounds and get out onto the break.

Joe Toussaint, 5-11, Point Guard, Cardinal Hayes High School, Terry’s All-Stars, Class of 2019 - Toussaint controls his team. Great at watching where teammates are at all times, so he can hit them for assists. Struggles with hitting jumpers from long range. Is a solid defender, who can anticipate the ball and spring the ball loose from the opposition for a steal.

John Egbuta, 6-5, Shooting Guard, Commonwealth Academy (CT), Terry’s All-Stars, Class of 2019 - A guard who has plenty of athleticism on both ends of the court and can get to the basket whenever he wants. Shows the ability to play defense and has plenty of quickness. Struggles with shooting from long range.