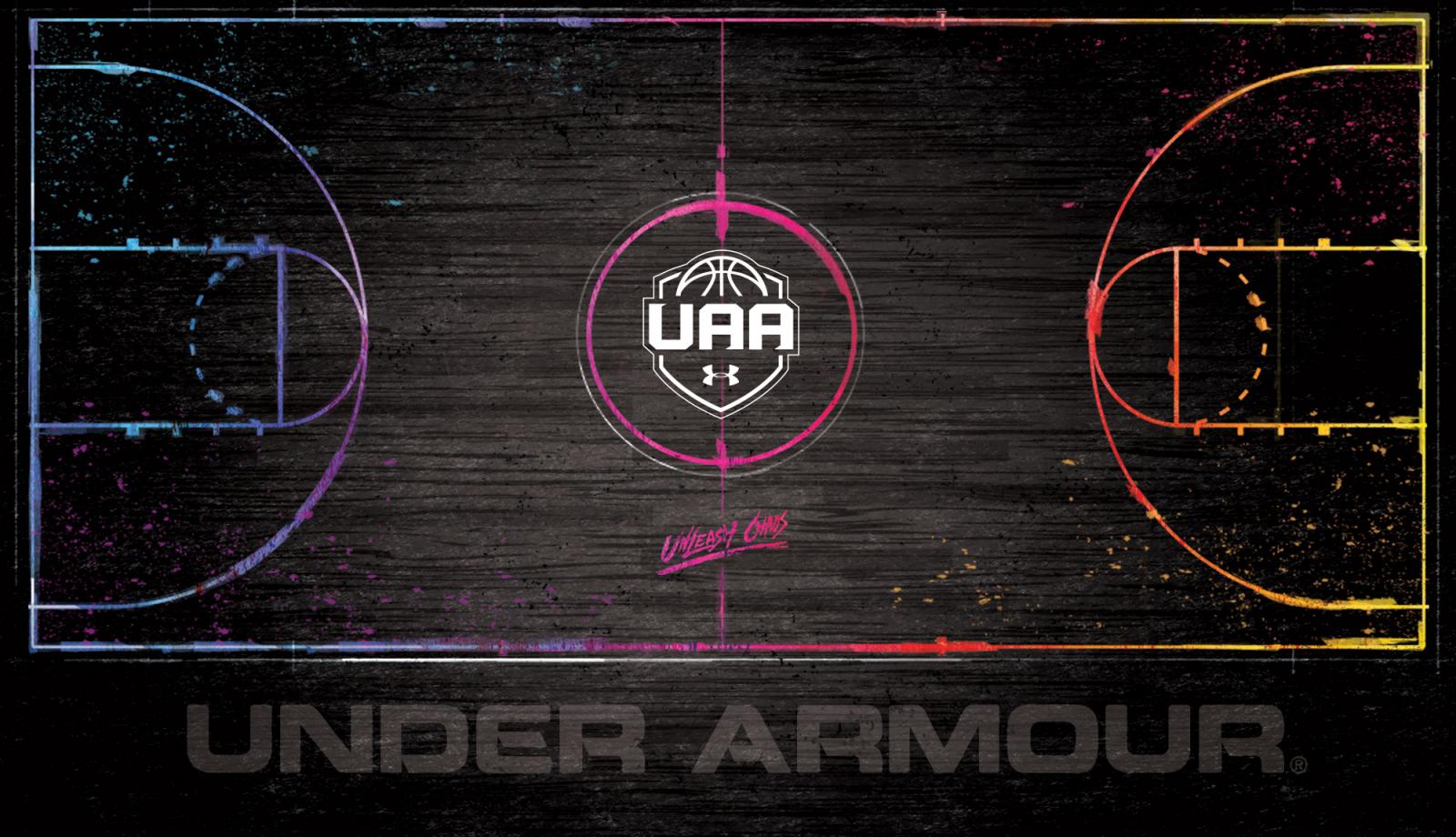 This Memorial Day weekend, RecruitTheBronx.com made it out to House of Sports in Ardsley, New York for the Under Armour Rise Tournament. Plenty of teams from the East Coast were playing in this regional event to qualify for a chance to play at the Under Armour Finals in Atlanta, Georgia in July. Here are the standouts for all of the New York teams that stood out this weekend:

Trenten Scott, 6-3, Shooting Guard, Lewiston-Porter Senior High School, Corey Graham Elite (17U), Class of 2019 - Scott likes to shoot and also has good passing instincts. Has the ability to see where his teammates are going at all times and will kick it out to see if his teammates are open.

Michael O’Connell, 6-2, Shooting Guard, Chaminade High School, Rising Stars (17U), Class of 2020 - O’Connell knows where and when to move on the court. Great at moving off the ball and looks to get open at all times for a good shot. Is able to get to the basket and penetrates in the lane to get to the basket.

Juston Johnson, 6-0, Point Guard, Tennessee Prep Academy (TN), Corey Graham Elite (17U), Class of 2020 - Johnson has good court vision and knows where and when to move on the court. Sometimes struggles with turning the ball over and can attack, but proves that he doesn’t need to score to be effective on the court. Great at facilitating to his teammates with passes.

Elijah Perry, 6-2, Shooting Guard, Holy Cross High School, Rising Stars (17U), Class of 2019 - Perry loves to have the ball in his hands and make things happen with it. Is great at attacking the basket and can get past defenders with his dribble. Also good at passing the ball to his teammates.

Adrian Baugh, 6-4, Shooting Guard, West Seneca High School (17U), Corey Graham Elite, Class of 2019 - Baught has plenty of athleticism and is good at using his hands on both ends of the floor. Is great at blocking shots and grabbing rebounds at his size. Great at running transition and getting to the basket.

Taj Chiles, 5-7, Point Guard, Bishop Loughlin High School, Rising Stars (17U), Class of 2020 - Chiles is quick and deceptive, which helps him due to his diminutive frame. Shoots at a high volume, as he is good at pulling up for a jumper. Is fearless when going to the basket.

DiAri Duncan, 6-8, Forward, Metropolitan High School, Rising Stars (16U), Class of 2021 - Duncan is a forward who is polished and makes plenty of great moves around the baskets. Is an enforcer in the low post and holds his own as far as scoring and getting rebounds. Is good at blocking shots.

C.J. Riley, 6-0, Point Guard, Lincoln High School (Yonkers), New Heights (15U), Class of 2022 - A guard that is fast and shifty and knows where and when to deliver the ball to his teammates for passes. Is very fearless when going up for a layup at the basket. Good for slowing down the tempo of the game when things get out of control.

Isiaha Dickens, 6-6, Forward, Holy Cross High School, Rising Stars (16U), Class of 2021 - Dickens is good with his lateral movement and is also a good passer. Also is a force in the paint, as he gets to score at will and is a fierce rebounder. Shows some versatility by being able to put the ball on the floor.

Nivek Borden, 6-6, Forward, South Shore High School, New Heights (15U), Class of 2022 - Borden is a formidable presence in the low post and plays hard nosed defense. Has plenty of strength and uses it to get rebounds and is solid when boxing out in the low-post.

Joel Myers, 6-4, Shooting Guard, Archbishop Stepinac High School, New Heights (15U), Class of 2022 - Myers has plenty of hustle in his game and gives plenty of effort when on the offensive. Will go up for rebounds and is fearless when it comes to absorbing contact. Makes it very easy to score.

Ty-laur Johnson, 5-9, Point Guard, Nazareth High School (15U), New Heights, Class of 2022 - Johnson has blinding quickness and the ability to make flashy passes. Has tremendous court vision and awareness of everything going on when on offense. Great at going to the basket for two. Loves to penetrate into the lane and is fearless when it comes to absorbing physical contact.

Tyliek Weeks, 6-4, Forward, Cardinal Hayes High School, New Heights (15U), Class of 2022 - Weeks has plenty of strength and has good hands on both ends of the court. Looks to get blocks on defense and uses his strength to get rebounds over the opposition. Shows that he also can score in the post and even play above the rim.

Jovanye Walters, 6-6, Forward, St. Mary’s High School, Next Level (17U), Class of 2020 - Walters can be a formidable presence if given the ball at the right time in the low post. Likes to bang in the paint and is prone to getting rebounds and blocking shots. Very physical presence in the paint

Thomas Porter, 6-0, Shooting Guard, Thomas Jefferson High School, Game 7 Elite (17U), Class of 2020 - Porter possesses the ability to score in many different ways. Has a dangerous jumper and can go to the hole effectively, and he also shows plenty of explosion with his first step. Can present plenty of damage and can be very difficult to contain.

John Malinka, 6-9, Forward, Lawrence Woodmere Academy, Next Level (17U), Class of 2020 - Malinka makes his presence felt with his size and is capable of banging in the paint. Struggles with quickness on defense, but makes up for it with rebounding. Has the ability to handle the ball on the perimeter.

David Sabzehroo, 5-10, Shooting Guard, Great Neck South High School, Game 7 Elite (17U), Class of 2020 - Sabzehroo is diminutive but has plenty of quickness when it comes to movement. Is a dangerous shooter, especially from three-point range. If he is not contained, he can hurt the opposition with his shooting.

Michael Carothers, 5-8, Point Guard, LaSalle Academy, New York Gauchos (15U), Class of 2022 - Carothers is quick and deceptive and is always active on both ends of the court. Plays tough hard-nosed defense and is fearless when going to the basket. Struggles at finishing, but is good at getting to the free-throw line. Has good hands and is able to get steals.

Tuscan Onuoha, 6-9, Forward, MacDuffie School (MA), New York Gauchos (15U), Class of 2022 - Onuoha uses his length and is always physical in the lorw-post. Has struggles offensively as far as finishing at the basket, but makes up for it in the low-post with his rebounding and shot-blocking ability.

James Morakis, 6-3, Shooting Guard, St Paul’s School (NH), New York Gauchos (15U), Class of 2021 - Morakis plays well on the perimeter and loves to drive to the basket. Loves to run on both ends of the court, especially on the fast break and is fearless when going to the basket.