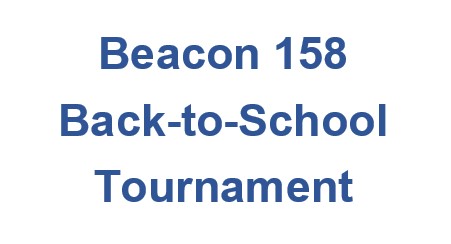 CJ Riley, 5-8, Point Guard, Wings Academy, Class of 2022 - Riley loves to run in transition and is able to handle the ball on the perimeter and create
for himself. Is god at controlling the tempo that his team has and has excellent court vision on the floor. He still struggles with consistent shooting, but makes up for it with his quickness and his ability to get to the basket easily.

Jose Cuello, 6-0, Shooting Guard, Wings Academy, Class of 2020 - Cuello gives a good effort on the floor and is able to be a facilitator on the court. He is a good defender and looks out for loose balls, which can aid in him getting steals. He sometimes struggles with finishing in transition.

Rosshaun Barreto, 6-2, Shooting Guard, Wings Academy, Class of 2021 Barreto has a long wingspan, which aids in him getting rebounds. He is very aggressive when it comes to taking the ball to the basket. Runs very hard when on the floor and possesses plenty of athleticism. If he can make the investment in shooting reps and develop the college level long ball shooting skill, it will pay off big for him.

Divine Godfrey, 6-3, Forward, Wings Academy, Class of 2020 - A high school-sized forward who possesses plenty of athleticism and plays very hard when on the court. He showcases the ability to get to the basket and is a great rebounder as he knows how to outwork his opponent to get the ball in his hands. He would need to develop more a guard skill game in order to draw more next-level interest.

Errol White, 6-6, Forward, Cardozo High School (A), Class of 2020 - White is a physical specimen and knows how to mix it in and out of the paint, as he has plenty of versatility to get with his physicality. He will be well suited to the “positionless” style game in college. He is good at grabbing rebounds and has plenty of energy on the court and likes to get from point A to point B in a hurry on offense. His fast hands also help him block shots.

Sharif Nelson, 6-0, Shooting Guard, Cardozo High School (A), Class of 2021 - Nelson is a true scorer, and is known to be very deadly from three-point range when he is not defended heavily by the opposing team. When they do close him out, he switches poisons and goes strong when going to the basket for twos.

Andrew Laing, 6-0, Point Guard, Cardozo High School (A), Class of 2021 - Laing is speedy when getting up and down the court and is great decision-maker with the ball, as he knows when to shoot or pass. He is known for going to the hole and going up strong for a basket. He is also a good distributor and makes sure that teammates get the ball.

Dino Mousios, 5-10, Shooting Guard, Cardozo High School (A), Class of 2020 - Mousios has great energy on the floor and plays his role very well. He is good at making hustle plays, such as getting steals, and is good at obtaining rebounds and doing all the little things on the court. Finds multiple ways to score in transition.

Romello Faison, 5-11, Shooting Guard, Cardozo High School (A), Class of 2021 - Faison has a lot of energy when on the floor and loves to run in transition. He is a player who takes pride in getting to the basket and makes drives that result in him drawing fouls and getting to the free-throw line.

Vernon Simmons, 6-3, Shooting Guard, Eagle Academy, Class of 2020 - Simmons is very athletic and is fearless when going to the basket. Has good hands, which enable him to block shots and grab rebounds. Loves to run on the fast break and is able to get to the free-throw line easily.

Da’Marco Watson, 6-3, Point Guard, Eagle Academy, Class of 2020 -  Watson can really score the basketball, but also is a distributor for his teammates. Has a good sense in choosing between the two. He is a good on-the-ball defender and is solid at forcing the opposition into giving up the ball and/or stealing it.

Anderson Nesbitt, 6-3, Shooting Guard, Eagle Academy, Class of 2020 -  Nesbit can handle the ball on the perimeter and is able to make good drives to the basket. With his good size for a guard, he is able to absorb contact and can draw fouls in order to get into the free-throw line. He has the toughness needed to get rebounds.

Edwin Santiago, 6-1, Shooting Guard, Eagle Academy, Class of 2021 - Santiago is very active in all areas of the court and can handle the ball. Is able to slice and dice his way to the basket. He sas some quickness and is deceptive about how to use it on the offensive end. He will steal the ball with his good hands.

Kwame Opoku, 6-4, Forward, Eagle Academy, Class of 2022. This sophomore has a long wingspan and moves well around the paint area. He has time to develop into a next-level swing man, if he can find the practice gym time to do that. He is very strong, as his physicality is an asset when it comes to boxing out and also attacking the glass for rebounds. His hands and legs are assets. He will block shots and anchor the defense.

​
CJ McCullough, 5-8, Point Guard, Eagle Academy, Class of 2022 - McCullough has a small frame but makes smart plays and has good court vision. He has the ability to force the opposition into turning over the ball and is able to get steals. He struggles with lack of strength and being under-sized, but is strong-willed able to compete against bigger players.

Kieran Dorney, 6-8, Forward, Chaminade High School, Class of 2020 - A college-sized forward who is versatile on the floor as he can mix and match in and out of the paint. He has the college-critical ability to stretch the floor with long range shooting. He makes his presence felt with his wingspan and athleticism and is a solid rebounder.

Joseph Guterding, 5-8, Point Guard, Chaminade High School, Class of 2020 - Guterding is a problem for the opposition on the defensive end and can stay on his man whenever he has to in order to gain steals and be disruptive. He is quick on the offensive end and is able to get to the basket easily. He has the key ability to shoot from long range.

Cooper Francis, 6-1, Shooting Guard, Chaminade High School, Class of 2021 - Francis has good court vision and can create for himself off the dribble. Is good at scoring,which is aided by his good shooting touch from three-point range. Is able to play tough defense on the opposition.

Matthew Colleti, 5-11, Shooting Guard, Chaminade High School, Class of 2020 - Colleti possesses plenty of quickness on the court. He has good court vision and knows when and where to distribute the ball to his teammates. He also has the ability to score in bunches, as he has a good jumper and is able to get to the basket easily.

Matt Young, 5-11, Point Guard, Chaminade High School, Class of 2020 - Young is able to handle the ball on the perimeter and is a good distribution of the ball to his teammates. He knows where and when to be at all times. He is a good shooter from three-point range that can destroy a team when left open.
​