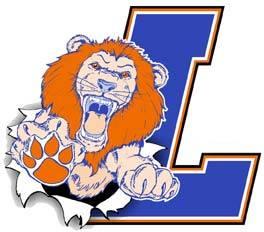 The 2019-2020 season for the PSAL High School Boys Varsity basketball is quickly approaching and the Lions of Lehman Campus are expected to face it with a lot of new players, but they have optimism that the returning players will be ready to carry the load.


With a more challenging schedule coming, the Lions are preparing vigorously and as per head coach Francisco Rivera, “We have a tougher schedule this year which includes Bklyn Law and Tech, Fordham Prep and Truman HS;  we will come together, get better and continue to improve as the season goes on with the common goal being getting to Fordham University for States.”

Lehman will have a lot new faces on the court but do get to lean on a slew of talented seniors, led by 6’7 Bismark Nsiah to lead the way. “Nsiah (Honorable Mention All NY State) is a 6’7 forward who averaged 13 points and 12 rebounds and 4 blocks per game as a junior. The Division 2 prospect is a defensive threat with range as a three-point shooter and is likely to be the main focus off the offense for this upcoming season. He is being recruited by Dominican, Assumption, Clarion and a bunch of other Division 2 teams.

Charlie Casillas, a 6’ point guard will be expected to lead the team this season. He is dynamic passer and solid three point shooter. Mekhi Purser and Jalen Elfe are two other key guys who will be helping the Lions. Purser, a 6’5 shooting guard who’s known for his scoring and 3 point shooting, is a strong athlete who was chosen 13th team NY State in 2019 and also has many colleges watching his growth. Elfe, a 5’10 tough nosed guard who plays both ends of the floor, will be in the role of either a starter or sixth man.


Seniors forwards 6’1 David Romero, Jr. and 6’5 David Honroe will be counted on for high energy, toughness and solid defense which they both brought last year.
Key new players consist of 5’8 Nelson Diaz, a very quick point guard who can break down defenses and push in transition. Other key players are forwards 6’2 Fitzgerald Cuthbert and transfer 6’2 Carlton Ellis, both are bruising front court players and a good defenders, and 5’9 Jason Weber who is a guard and a good shooter. 5’9 Brandon Martinez is another point guard who will be coming off the bench.

The coaching staff has big aspirations for the team and feels this could be a big year for the Lions. This upcoming season is a true test for the Lions as the team has inched closer in each of the last three years. Per Coach Rivera,  “Our goal is to win the Bronx chip and make a long run in the City and give ourselves a chance at states. In addition, the main goal is to get each senior placed into college whether or not basketball is part of the equation. We have a few guys who should be able to play Division 2 or 3 basketball as they continue to grow. Sky’s the limit for the Lehman Campus Lions this year.”