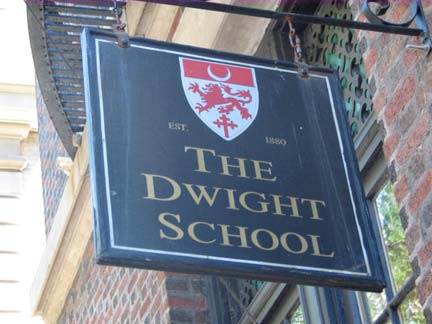 The Dwight School Lions are looking to continue build on their streak of three consecutive Athletic Conference of Independent School titles (ACIS) as either Regular Season Champions, Tournament Champions or both.  Participating in the NYSAIS “B” Independent Private School Division, Dwight has captured three of the previous six State Championships. This will be their seventh year under the helm of alum, Head Coach David Brown.

Dwight graduated eight seniors of which three have gone on to play college basketball at Bowdoin College, Pratt Institute and Clark University.  The squad returns two starters and four other who contributed off the bench from last years team.

6’7 sophomore sensation Richard Nweke will be leading the way after a wildly successful spring and summer impressing college coaches at the small forward position.

Junior, Co-Captain Chaz Jackson, son of former Head Coach Charles Jackson of Monroe College, FIT and John Jay College, will be the team’s primary ball handler and enter his third season as a starter in the backcourt. Jackson is hoping to build on the list of D3 schools that have begun to recruit him.  He will be accompanied by Freshman sensation Nick Padilla who should make an immediate impact on the program.

On the wings, Senior co-captain Alex Putzer is expected to provide leadership, energy and be a jack of all trades with a much expanded role.  On the other wing, Johnik Moore, arguably the best shooter in the league figures to have a tremendous impact on both ends of the floor.

Anchoring the team, is 6’8 Sophomore, Ethan Chassine a bruising big man who has shown great strides with his play around the rim and shooting touch.  Alex Rich also figures to be in the rotation after showing great promise as a freshman playing in the backcourt.