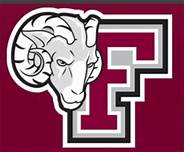 Fordham Prep made it to the City Championship game in March. That was a great run in 2018-19, but since then they have lost some key players. That includes their two High Major college bound bigs, Matt and Kyle Filipowski who are off to NEPSAC AA prep school play at Wilbraham & Monson (MA). Losing that kind of big man fire power would redefine any high school team, and accordingly, the Rams’ coaching staff is looking for the returning guards to be the leaders this season. “We are going to be very young, we lost some key players and are now very undersized, but with our good guards, we should be able to protect the ball,” said head coach Brian Downey.

Coach Downey further added, “Its is really simple and that is to get the kids to buy into a system. I’ll make a system that fits them. Then I show them how to play together and trust their teammates to make that extra pass. We are looking to get up and down the floor a little differently from last year.”

As for the front court players, it still remains to be seen prior to the try-outs and preseason work, who will step up and fill the Filipowski’s over-sized shoes. Jake Okon is a junior and will be seeing some time in the front court. There is some height in the underclassmen, but no one will know until December if they are ready for CHSAA varsity play.

As competitive the league is year in and year out the Fordham Prep Rams, as always, will be in a battle and making the playoffs is a worthy goal. “Our league is so competitive and full of good coaching. We are in that same class. If we can finish in the top five and make it to the playoffs, then that would put us in the conversation that we want to be in.” said Downey.

Russo has verbally committed to Colorado College. Osime is heavily getting recruited by D1, D2 and D3 schools.