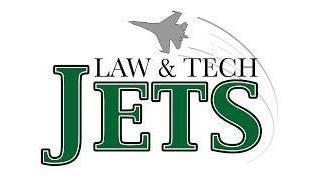 Brooklyn High School for Law and Technology is coming into this season with a young squad with only three Seniors on the team.


“Don’t call this a rebuild, rather a regroup” says Head Coach Michael Levy.  Despite being very young, the Jets are looking to compete for an A division Championship.

The Jets are led by Juniors Jakai White and Isiah Folk. They are two returning starters and are two of the more underrated players in the city.  White is a knock-down shooter who has developed into a premier scorer. Levy describes Folk as “a bulldog who just keeps coming.” He is a strong defender and can akso score multiple ways.

Junior transfer Shamell Ponds and Jordan Morgan Johnson also provide perimeter toughness and scoring depth. 6’4 Senior Mike Lucas is extremely athletic and has dramatically improved his game from last year showing the ability to pop out and shoot the 3 ball. Don’t be fooled by the diminutive size of Sophomore PG Gregory “Chewy” Ricketts. He is as tough as they come and does a masterful job running the Jet offense as well as being a pitbull on defense.  Sophomores Cameron Alexander, Kamani Perch and Sincere Nwogu also provide depth and upside for this upstart squad. Perch causes problems with his knock-down shooting. His coach feels that Alexander has tremndous upside as a scorer. Nwogu will lock you down on the defensive end.

The bottom line, Coach Levy feels that if the Jets can find their consistency, this scrappy young group can be a force this year in the A Division.