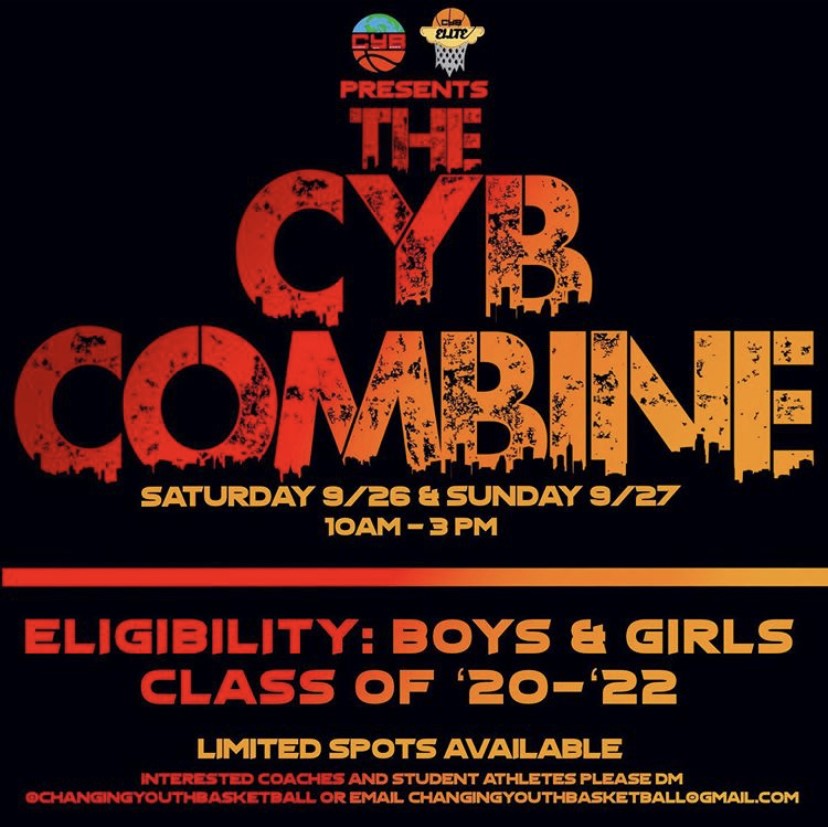 Changing Youth Basketball is a non-Profit organization that provides inner-city youth with opportunities to play, learn and grow. Co-founders Isaiah Aboagye and Steven Pierre Saint believe that through sports CYB has the power to reduce youth violence, promote health and inspire academic success for their kids. Aboagye believes that both the pandemic and our history of social injustices have shown how important it is that we as a community have to stick together and support one another. He feels most importantly that it is our duty to keep uplifting our younger generations by any means.

This past weekend with their combine, CYB was able to provide some talented young men and women from the New York City and Westchester the opportunity to showcase their basketball talents in front of college coaches and scouts through a series of workouts and scrimmages. We recap some of the boys’ performances below.

Asa Kone (2022) 6’6 forward, Eagle Academy for Young Men - Bronx, AAU Team: Riverside Hawks - Kone is a long and hard working forward with a strong presence around the basket. He’s relentless on the boards and quick on his feet. All of his teammates highlight his effort and positivity. According to Isaiah Aboagye, Kone worked hard all summer to improve his ball handling and shooting. He gets up and down the court with great speed, making him a threat in transition. He’s also an underrated passer. In addition to his athletic prowess, he’s also a high academic student.

Typhone “TJ” Chisolm (2021) 5’6 guard, Salesian High - Chisolm is very quick, speedy and can facilitate the offense. He also can run the pick-and-roll and feed the big men. Chisolm knocks down his shots. He is great at receiving feedback and is a hard working player. True definition of heart over height. Last winter he was All League B Division for his CHSAA championship team.  He also ran the second fastest time for Salesian’s cross country team last fall. Chisolm is interested in becoming an civil engineer.

Jessie Killian (2022) 6’2 point guard, Christ the King High - Killian has a great sense and awareness for the game. He is very controlled, but at the same time knows how to change speed and take over a game. He has great driving skills and knows how to get his teammates the ball in positions to score. Kilian can facilitate around the basket and can score on and off-the-ball. A highly improved jumpshot has extended his game and has helped him raise his impact. Lastly he has excellent defensive skills. He has the mindset of being able to guard the best player on any team at all times. Gpa 3.2

Joshua Capellan (2021) 6’3 wing Fieldstone High - Capellan has already been a varsity starter for two years and has played AAU for two years. He is a wing player who can defend and shoot. He scores most effectively in pick-and-rolls and on fast breaks.

Brennan Heaven (2021) 6’4 wing, Peekskill High - Heaven will be a four year varsity player for Peekskill and was an All-League selection for the 2019-20 season. He is both a a shooter and a good facilitator. He really opens up the court offensively. He uses his good length to his adavantage.

Mekhi Purser (2020) 6’6 swing, Lehman High - Purser is a lengthy guard. He is a lefty who can both shoot the jumper and finish at the basket.

Alan Garcia (2022) 6’2 guard Mott Haven High - Garcia was a Top 15 in PSAL scoring in 2019-20 and was named Player of the Game four times. He is a combo guard with great shot creating ability. He also gets his teammates involved in the offense. He is confident, determined, coachable and can do a little bit of everything. He led his middle school to the PSAL chamapionship as an 8th grader.

Jaylen Thomas (2020) 6’1 guard, East Harlem Pride - Thomas is a great leader and offensive facilitator. He can shoot the ball, pass and rebound as well. He also isn’t afraid to guard the toughest guy in the court.

Ramon Santos IV (2021) 6’1 guard KOA Prep (MD) - Santos was a three year captain at Cardinal Spellman High in the Bronx before heading to KOA. He prides himself on defense. He can and will guard any player on the floor. He can also be an offensive threat and score the ball. He has a great touch around the basket and his finishing ability is about the best part of his offensive game.