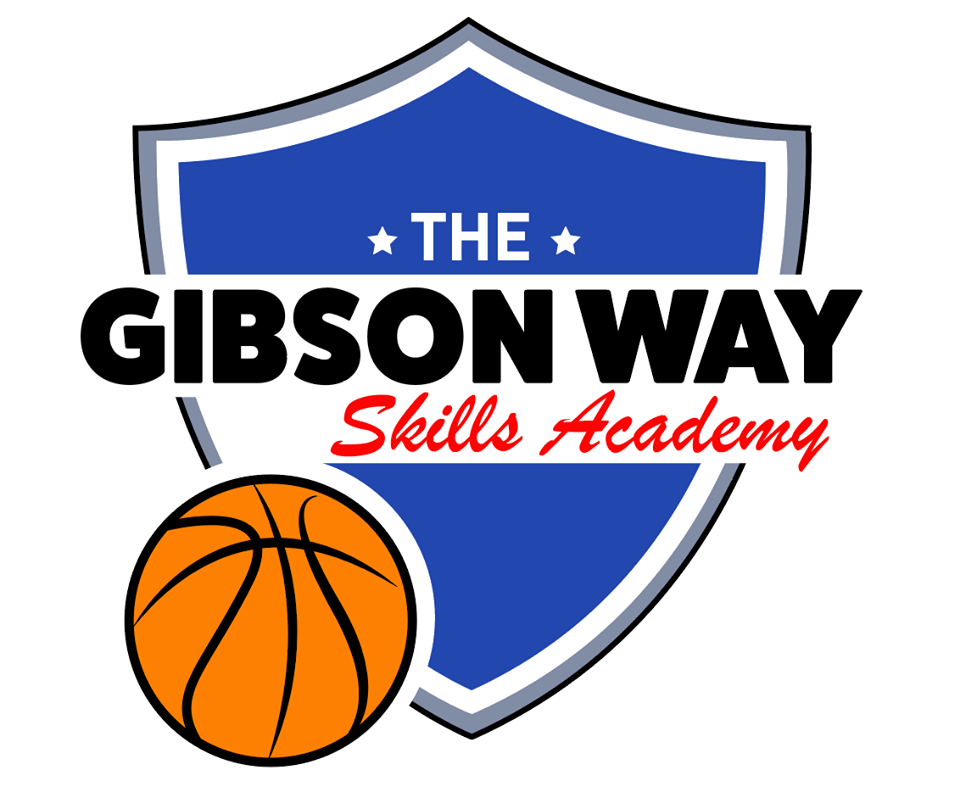 The Gibson Way Elite, the next premier program out of Connecticut, brings the beginning of something great with their Class of 2023 national team. Started by two brothers, Jarrel and Shane Gibson, with aspirations to bring the talent in Connecticut to the forefront of the basketball world. The Gibson Way is more then just a name. It represents those who consistently work harder than the next, continuously pushing to be the best no matter how hard things may get. The Gibsons are teammed up with a talented basketball mind in Jimmie Jackson III, know as “Coach Slim” and the help of a talented trainer in Coach Drew Roberts, Assisstant Coach at Notre Dame-West Haven Post Grad program. This is an elite program that kids want to be a part of because of the family atmosphere and the excitement that is generated for the them. This program’s overriding goal is to help their kids get into college and further their basketball careers. If you’re from the Greater Bridgeport-New Haven, CT area, looking to expand your game, learning to be elite, and surrounding yourself with top pro trainers, professional athetes, and desire to be in a program that’s going to push you to be great, then The Gibson Way Skills Academy is the fit for you. They can be contacted on IG @gibsonwayelite

Timaury Gay (2023) 6’3” Wing, Notre Dame-West Haven (CT) - Gay can score from anywhere on the floor. Standing about 6’3”, he can finish with the best of them playing above the rim. He is a proficient shooter off the dribble as well as spotting up. Gay is an athletic guard who can rebound the ball very well, and start the break with the abilitiy to driblle coast to coast. On the defensive end, his length and size can cause havoc. He is a tremendous shot blocker for a guard, aided by his quickness. His IQ on the defensive end is already above average for only being a sophomore in high school. Gay is a talent that can be an enforcer on a nightly basis. His experience is only going to grow, bringing his game to an elite level, which is something to be excited about.

Ayo Aminu (2023) 6’4” Foward, Notre Dame-West Haven (CT) - Length, length, and more length. The 6’4” lefty can get it off the rebound and score. Aminu, who has developed a mid-range game to go with his outside shot, can give you productivity inside and out. He is capable of stretching the floor, and has developed a game on the block which creates easy offense when you need it most. Once he evolves his dribbling ability, he will be very scary for defenders. Running the floor, rebounding, and shot blocking is something Aminu also does well. His length will cause players to be frustrated as they always have to change their shot making. He makes it hard for guards to come down the lane for layups. The Gibson coaching staff thinks Aminu has very big potential talent who could reach a high ceiling.

Edwin Roberts (2023) 5’10” Point Guard, Holy Cross High (CT) - Edwin…Edwin…Edwin Roberts! Remember the name. He might be undersized height-wise at the moment, but he’s a powerful punch. A lot of kids his age his age do not know how to use their body to their advantage, but that is one problem this kid doesn’t have. He loves to use his strength and speed to get to the interior of the defense and then finish at the rim. A point guard in the making, he’s showing great signs of becoming an elite floor leader. Not only is he comfortable with running the offense but he can also play the slasher game. In addition to his good handles to break down his defender and get to the cup, he also can keep the defense honest with his ability to knock down the long range shot. So pick your poison. On the other end of the floor, Roberts has no issue in getting his hands dirty. He will lock down opposing guards, using his speed, strength and smartness. He will get inside with the big boys and grab a rebound,  allowing the break to develop faster for his team. This athlete understands the game well, he has a very good IQ and is fun to watch He is a young kid who is never afraid of the moment.

Hudson Geremia (2023) 6’4” Wing, Daniel Hand High (CT) - When watching Geremia, automatically he will jump out at you. A 6’4” wing player who can heat up and in a quick fast hurry. This kid can shoot it with the best of them, no doubt. When he steps in the gym you have to guard him because when his shot goes up, it is going down through the bottom of the net. He is not just one of those good shooters and thats it. He gets to the basket well and is strong enough to finish with contact. He can play inside and out finding spots easily on the floor where he can take advantage and utilize his ability to score. Defensively, he is very lengthy and uses his height well to abruptly change shots and create opportunities for his team to put points on the board in transition. He is a good rebounder. In his on-ball defense, he is starting to grow stronger and develop his defensive IQ, and does a decent enough job staying in front of opposing player.

Johnny Pierce (2023) 6’6” Foward, Sacred Heart High (CT) - Is it Johnny 1 2 3 4 or 5!!! This kid is so offensively gifted, he can be placed at any position on the floor. Pierce can shoot it from long range and handles the ball very well for his height. His story can mirror that of Anthony Davis, as he grew 6 inches in a year and a half and is still growing. His game allows him the ability to rule the block, score in mid-range face-ups and knock down shots from beyond the arc. He is a nightmare match-up for opposing teams. He can get to the cup with his quickness, his long strides and his long wing span. He plays the offensive glass effectively. Defensively, his length and high actively level is a problem for opposing offenses. He is also a great defensive rebounder and shot blocker.

Kenneth “Jughead” Little III: (2023) 6’4 Forward, Capital Prep Harbor School (CT) - Little is an imposing force in the post who draws a lot of fouls from his defenders. He uses his body well to create space and score in the paint. He can also shoot from mid-range and long distance. He can use his body very well to get to the basket and is capable of breaking his defender down with his ball handling ability. He is a great vocal leader and is a big presence for teams to notice the moment he touches the floor. Defensively he is a enforcer. At 6’4” it doesnt matter, he always wants to defend the other team’s best player, no matter whether they are a guard or a big. Little displays good footwork and moves great laterally.  The Gibson coaches feel that younger players are generally not vocal enough on defense. That is not an issue with this kid, he showcases vocal leadership qualities. He got his nickname from being such as hard player to deal with on the boards. He soaks up everything in his area.

Akeem Jackson Jr. (2023) 6’2” Guard, Notre Dame-West Haven (CT) - Jackson is a long and lengthy scorer who is a threat on the offensive end with an array of moves to get to his spots. He is both a great spot-up or off-the-dribble shooter with range. He is a guard that has silky smooth ball handling skills with a knack to find his open teammates or make a play when needed. Jackson’s talent and ability allows him to play either guard spot, which helps him create instant offense in a hurry. The Gibson coaches feel that Jackson’s offensive talent is going to grow to an elite D1 level. Defensively, he is another long and quick Gibson guard who sits down in his chair and gets after the task at hand. His side-to-side movement makes it hard for players to move freely with the ball. Due to his buying into being a two way guard, his stock will rise over his high school career.

Hikim Trueheart (2024) 6’1” Guard, Notre Dame-West Haven (CT) - One word describes Trueheart, SILKY. Hikim (/hə‘kēm/) hasnt even touched the floor for his freshman year and he already holds his own with the upperclassmen. He is a silky smooth, lefty who knows he belongs on the floor with anyone. This kid is confident and the Gibson guys think he has the right to be. He can score from anywhere on the floor, especially especially when he’s attacking the basket aggressively. With both lightning fast speed for his age and the ability to hit from the outside at a high rate, this young fella is a very tough to deal with. He should only get better as he gains experience. For a 6’1” guard, he has a long wing span and uses it very well. Mix that with strength and swag, out the pot comes this smooth and athletic athlete. He will give you everything on the floor especially defensive side. He uses his long arms and quick feet to harrass the passing lanes. Being still on the young side, his defensive IQ is not yet at an elite level, but once he gets there, WATCH OUT! Trueheart, the name speaks for itself.

Junior Habimana (2023) 6’0” Guard, Notre Dame-West Haven (CT) - Habimana is a very good guard who will fit with any club as he doesn’t force the issue and lets the game come to him. Habiamna, even with his scoring prowess, doesn’t mind if he’s starting or the sixth man, he’s going to do everything you ask of him. A kid with a great attitude. Usually playing off-the-ball in the guard spot, he works to get his teammates the ball in their sweet spots, as well as get to the cup or knock down a sweet jumper himself. Watch out for his smooth crossover. Defensively, he uses his quickness and IQ to disrupt the passing lanes or harrass the ball handle. He is a player with enough size to throw his body around. Jarrel Gibson says the sky is the limit with this kid with so much potential to be an elite talent. Currently a sleeper, he is likely to rise out of that as he keeps working over his high school years.

Gavin Todd (2023) 5’10” Guard, John F Kennedy High (CT) -  Todd is a small package with powerful punch. He is just too quick and shifty for any defender to keep him in front. The way he’s able to handle the ball while in traffic and attack the basket is really a beauty. A true silent assassin. With a laid-back demeanor and a quiet personality, this guard can put up points before you blink twice. He’d then go about his day like he just didn’t just have a monster game. Todd is soaking up the game like a sponge, especially the point guard spot. His IQ really is allowing him to understand where his teammates should be on the floor when he attacks the paint and how to be a vocal leader on the floor. Strong, quick, and smart, he is a really good defender who will suffocate opposing guards, making it very hard for them to get the ball up the floor and into an offense. The Gibsons feel that Todd is another talent who’s upside is very high, and when he comes out his shell more he’s going be a talent that you’re not going to want to take your eyes off.